Force Splotlight to search a subfolder

I moved the Microsoft User Data from ~/Documents to ~/Library/Preferences because I didn't want Google Drive to sync my Office files. I can run Office products fine, but I can't search my mail because Spotlight can't search my .olk14Message files (under ~/Library/Preferences/Microsoft User Data/Office 2011 Identities/hobbes3/Data Records/Messages/).

Here is the weird part:

Mail searches show up in ~/Library/Preferences 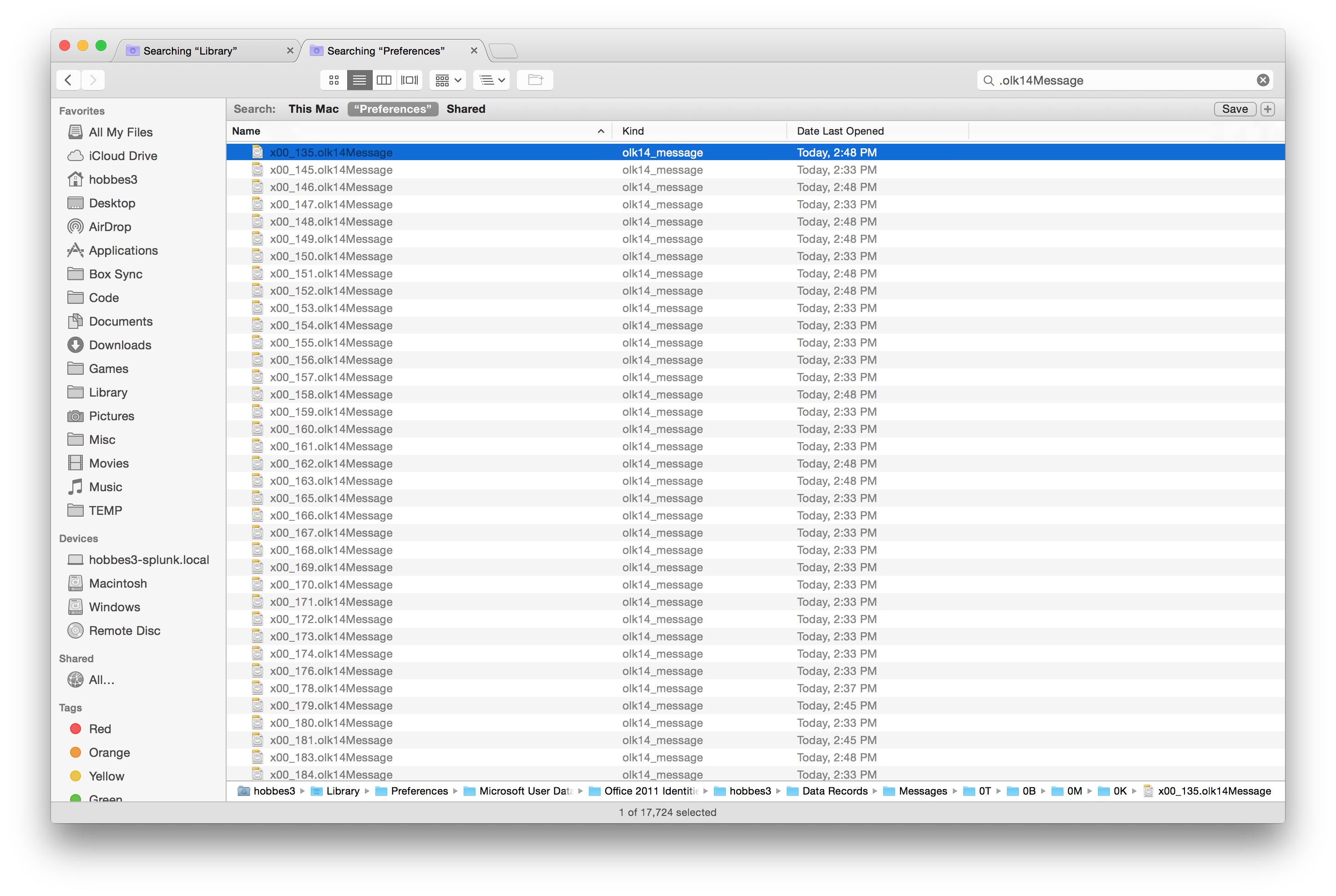 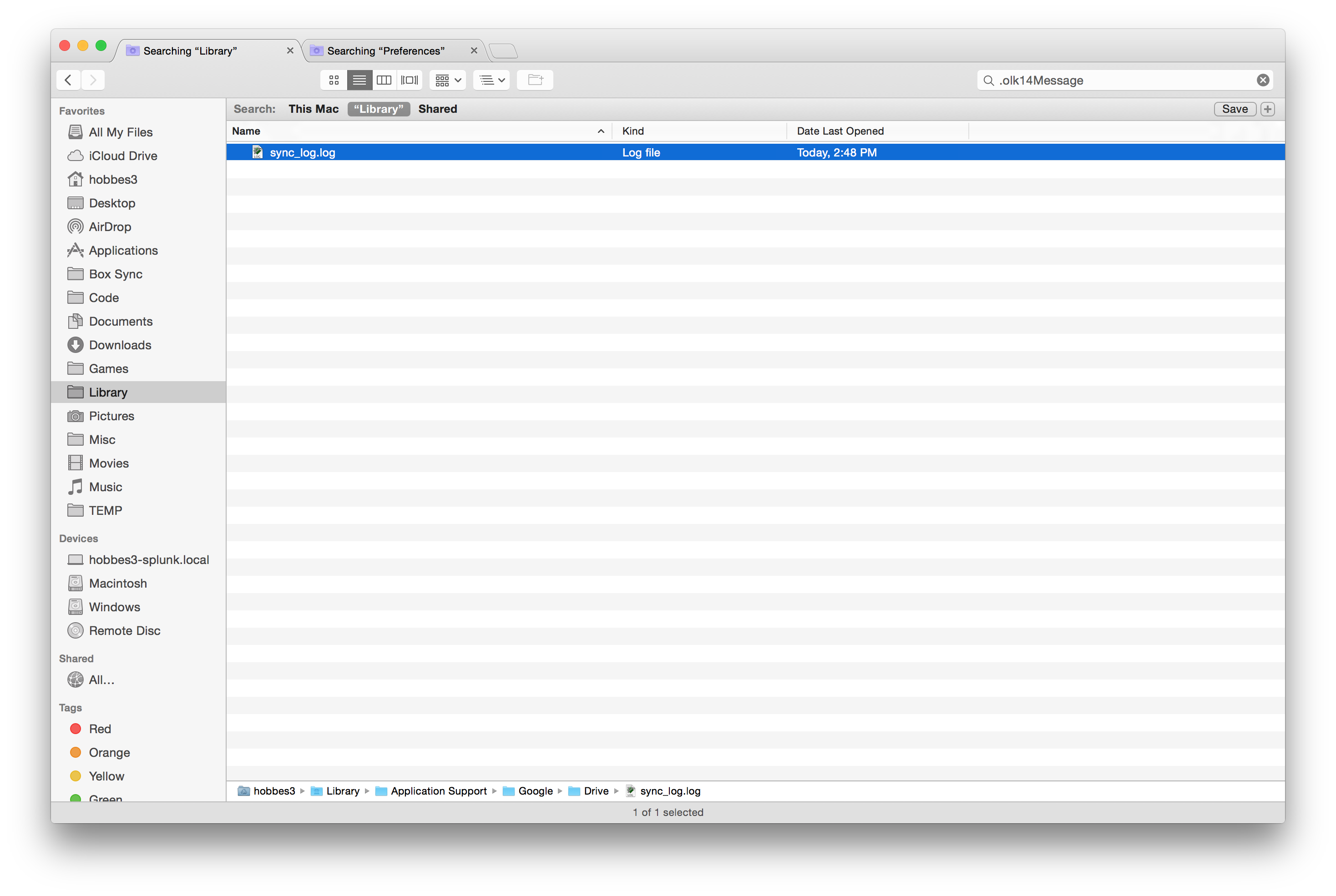 I've tried the following and it didn't work:

Anything whose name starts with a period (like .olk14Message in your case) is considered invisible. Spotlight won't find anything that's invisible or in an invisible folder unless you either start in the invisible folder or add a search term for "File visibility" that says to report invisible items.

mdimport won't help here. Spotlight has already indexed even System files and Invisible files. It just won't show them to you unless you specifically ask for them.

For mdutil -E ..., you need to specify a volume, not a folder. Thus, for example, mdutil -E / would erase (and probably rebuild) the Spotlight index for your entire boot volume. You can't select anything smaller than a volume.

Not the answer you're looking for? Browse other questions tagged email ms-office spotlight search indexing .