How can I repair a scratched MacBook Air screen? (A1369)

I have a mid-2011 MacBook Air (model A1369), whose screen has attracted some unsightly but superficial scratches. They look like smudges, but I suspect a layer of coating (or similar) has come off.

Most likely, the scratches stem from frequent transport with the screen pressed to the keyboard.

The screen is not protected by a glass layer – I hope it has a removable user-facing plastics film.

Is there a way to replace the scratched layer of the screen assembly to get rid of the scratches? I feel confident to do repairs myself and have done similar things in the past.

Here is a sketch of the scratch areas: 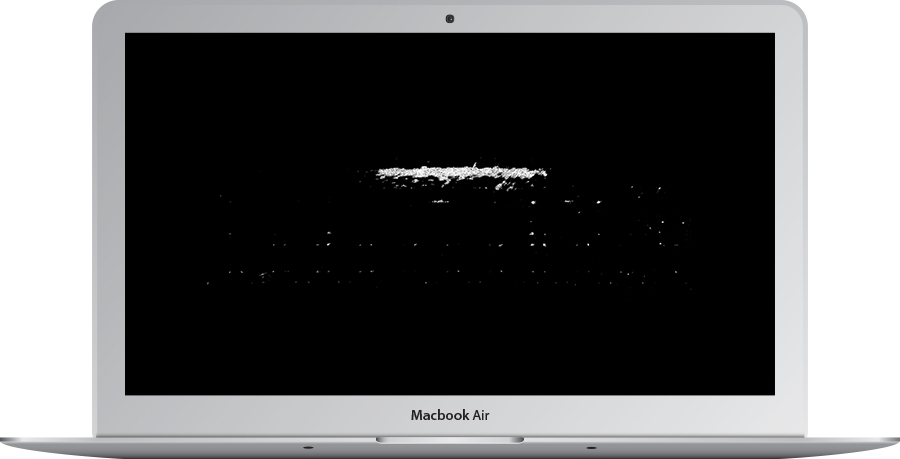 This picture is based on a photo. The scratch shapes are correct, but color and intensity are exaggerated for readability.

The protective plastic cover on the screen is bonded to the complete LCD display and not really removeable as a single element. A video on Youtube ("A1369 13.3" Macbook Air LCD Screen Repair step by step howto guide") explains the removal and disassembly of the display and is one hour long. It involves a heat gun and very careful use of special tools: 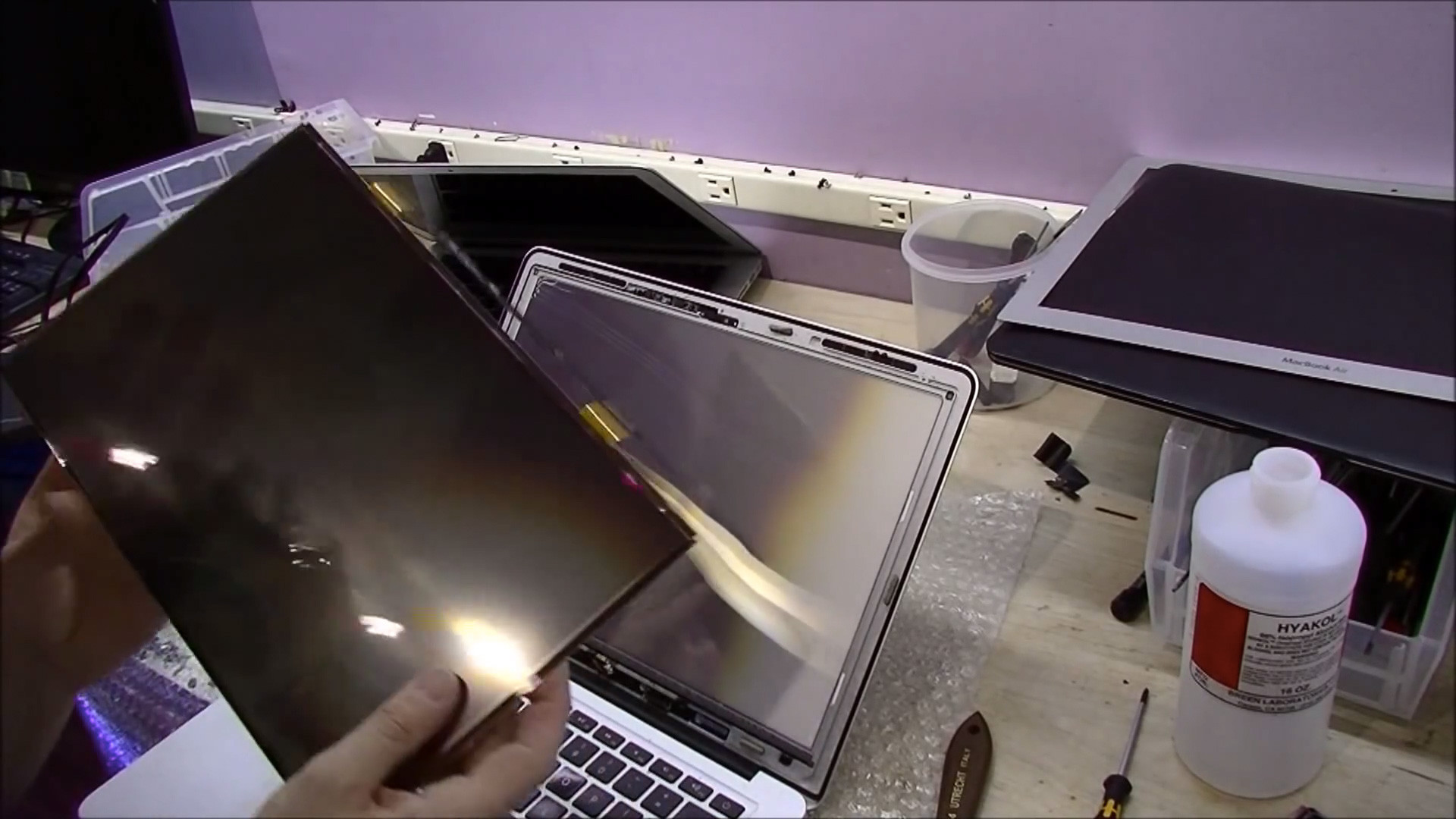 Conclusion: there is no way to remove the single element (scratched screen protector) in a simple procedure. It would be probably easier to replace the complete lid assembly, but this items costs 500 USD / 440 EUR (Summer 2015). This seems excessive for a screen which has "only" a few very unattractive scratches.

Mental note for next Mac: always place a protective cloth between keyboard and screen.

I had a similar problem, and wanted to share an alternate cheap fix. My 2 year old MBA screen was damaged by unnoticed juice splatter left between the keyboard and screen over night. I noticed a difference in reflectance next day, tried displex screen polish, but the damage became more noticeable! It was my successive applications of polishing chemicals that made the scratches more visible. So I would advise against that. The MBA screen is different and has a sort of film layer that can get peeled off by polishing solutions.

The fix that worked for me is to hide it with a screen protector! I had some success with a generic one called "6 pack anti-glare screen protector" for about 6 pounds. The acid damage was successfully hidden, even at different viewing angles. The downside is that you have to be really careful in applying the screen protector (my first attempt was a mess due to difficulty in aligning. I gave up, then restarted with fresh one from the remaining 5). My screen was left with small bubbles of trapped dust near the edge, but I settled because it already looked far better.

In retrospect, if my MBA had a screen protector to begin with, then I wouldn't have had this problem. But with a brand new screen and lack of skill in applying a protector, the screen would just have annoying little bubbles earlier...

EDIT: I just realized that the screen protector, has a screen protector-protector (no instructions on a generic budget product). Peeling off the glossy plastic top layer reveals the actual matte screen protector. But that lessened the bubbles since most of them were between these two additional plastic layers. There are other types of screen protectors if you want to maintain the glossy mac screen finish, but I'm not sure whether they would be as effective in hiding scratches underneath. My mac screen now looks like a thinkpad's but the scratches are still hidden.

With the introduction of the Unibody Macbook there is a glass on the top of the LCD display, so you're able to change only the cover glass. Here you can find a detailed guide.

To dismount the screen you can follow this step by step guide.

Before doing the glass replacement I suggest to try this homemade fixes.

I'd look into used parts, with a P5 pentalobe and a T5 torx screwdrivers you can do that job, it's really easy and it might be not that expensive.

Not the answer you're looking for? Browse other questions tagged macbook-pro screen repair damage scratches .

2
Is it safe to put a screen protector on Macbook Pro Retina?