I'm using a device called a DualHead2Go that lets me plug two external screens into an early gen Macbook Pro. This device basically presents the two screens to the mac as if they were one gigantic 3840x1080 screen. 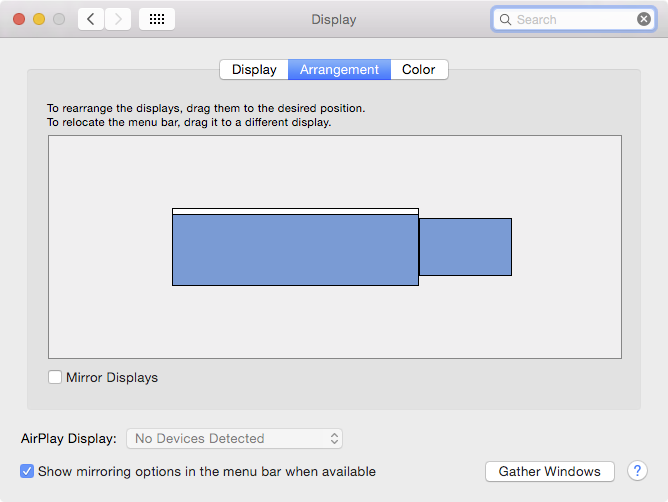 The macbook's internal screen is on the right

For the most part this setup works really well - the problem I have is that, as far as the Mac is concerned, the middle of this desktop is right in the break between displays. Which leads to situations like this: 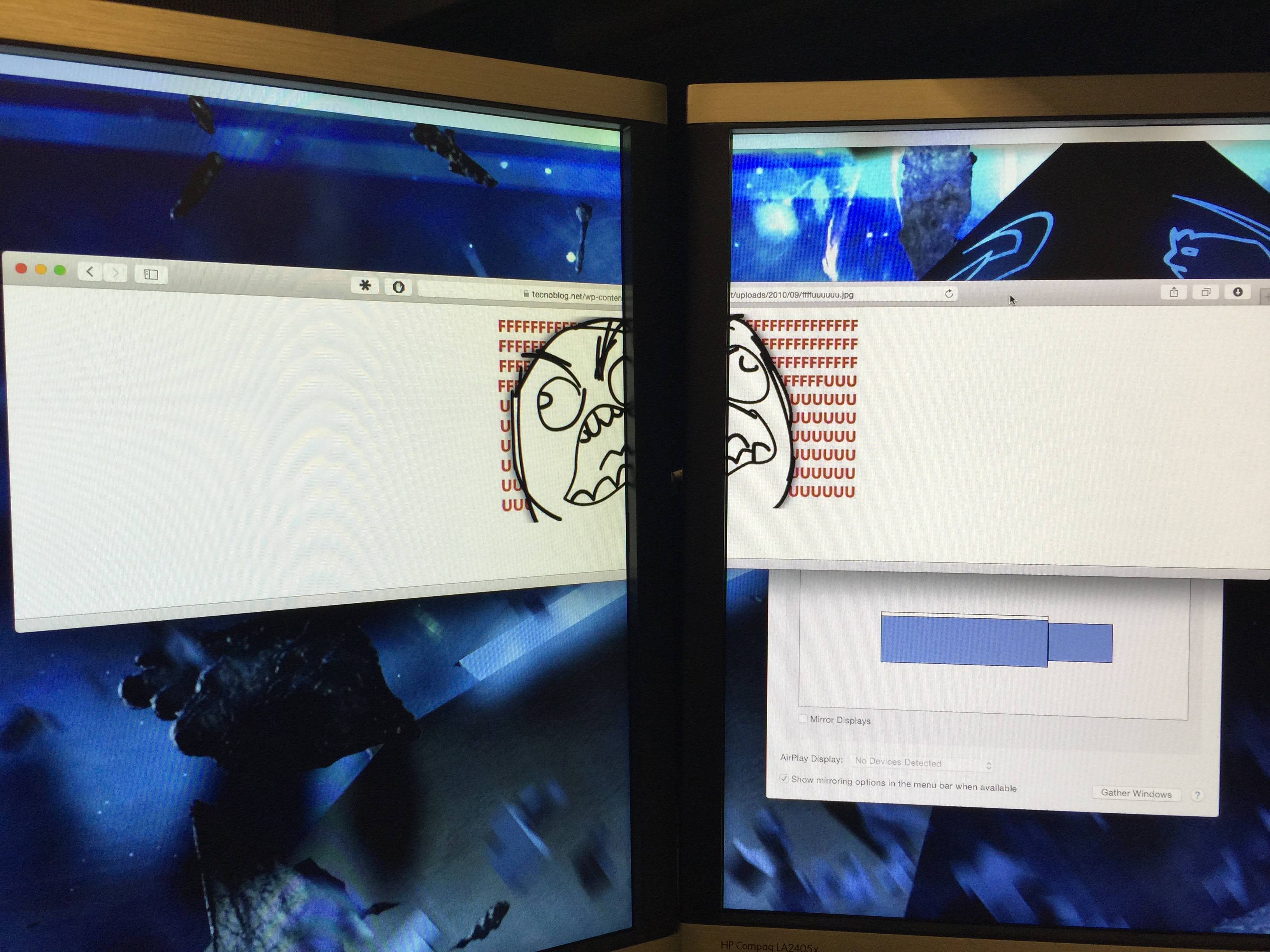 Since this is my primary display, notifications and modal dialogs often come up right in the monitor split - not only is this ugly, it's a PITA to deal with.

In order of preference:

Are any of these viable?

Questions this is NOT a duplicate of:

Is there a way to Split one 42 Inch TV into Multiple Displays or Virtual Displays? (More than four years old, and the one answer to the question doesn't actually answer the question)

How applications behave with Matrox Dualhead2go? (More than two years old - the application situation might have changed)

Have you looked at PowerDesk for Mac? the description says it can do what you want. There's a DualHead2Go & TripleHead2Go User Guide for Mac. PowerDesk for Mac can be downloaded for 10.6 thru 10.10. See Download info.

Okay, instead of preferences in order, from your comment they're all requirements.

Try a combo of PowerDesk for Mac, Cinch and SizeUp.

You can use BetterDummy to make your virtual displays, then do PIP window streaming without title bar. NOTE that the PIP streaming is only available with the $15 Pro version. As far as I have used it, it doesn't have problems with gaps between virtual screens.

Not the answer you're looking for? Browse other questions tagged macos macbook-pro display desktop .

2
Is there a way to Split one 42 Inch TV into Multiple Displays or Virtual Displays?
1
How applications behave with Matrox Dualhead2go?

20
Is there a way to "split" one display so that it treated as two separate screens?
1
How applications behave with Matrox Dualhead2go?
2
With two external displays in Mountain Lion how do I specify where the content of the Desktop is shown?
1
Multiple Monitors, shared desktop
3
Desktop notifications doesn't appear at all when Mirror Displays option is checked
0
Change / correct desktop to display mapping