Let's say I have an app with two versions that target different versions of iOS:

My understanding is that when a user goes to the AppStore to download the app, this is the version they will get:

First, is this true? Is it true that both versions will be offered in the AppStore? And users will be given the opportunity to download the best version for their version of iOS?

Second, if someone is already running Version 1.0 and has an iOS version less than iOS 8, then they will not get notified about a new version and will not be able to download the new version (unless they upgrade to iOS 8)?

I think when you upload an application, App Store save the version of the app, for example - Version 1.0 for iOS 7. And when you update the app to 2.0( for example ), and this version is for iOS 8, the user that use iOS 7 ( like iPhone 4 ) it will get a message like this 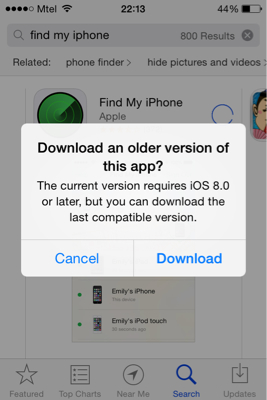 Developers can choose which previously uploaded app versions are still available for users. 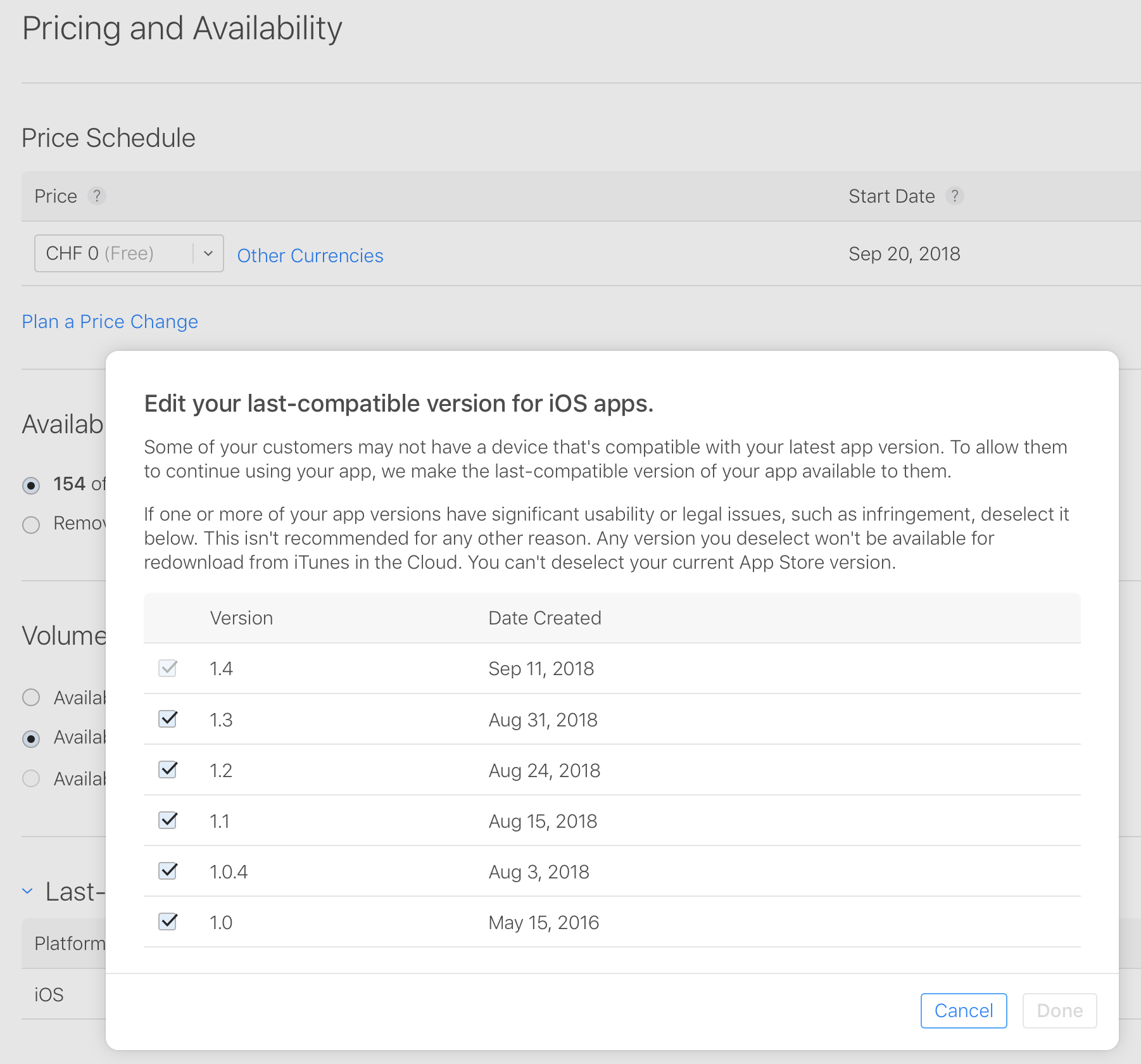 Not the answer you're looking for? Browse other questions tagged ios applications ios-appstore .

1
Can the verizon iPad update to ios 4.3?
2
App Store not allowing app downloads
0
App Slicing Thinning: Pre determine actual true size & space taken by App install or update on iOS Device?
0
how will users be informed if an app is not running on their current iOS version?
10
How can I make allow users with older versions of iOS to download an older version of my app
1
Is it possible to download an older version of an app if you purchased a newer one on a different phone using the same Apple ID?
1
How exactly does an App Store developer add support for earlier versions of iOS?