How to have Finder open 'Pictures' folder when iPhone connects and photos import via AutoImporter.app?

I have a nifty setup on my MacBook Pro, where, upon connecting my iPhone, I have AutoImporter.app (/System/Library/Image Capture/Support/Application/AutoImporter.app) automatically import whatever photos are on my camera roll, delete them off the iPhone, and simultaneously open a Finder window with the folder that I have set as import folder ('Pictures', for me), so I can look at the imported photos immediately and work on them in Photoshop or similarly work with them in the file system directly.

It's lightning quick, and extremely convenient.

Now, on my MacBook Air, I am trying to emulate this setup and I have forgotten how I achieved the final step in this process, where a Finder window automatically opens (on top of whatever you're doing), once AutoImporter opens and starts importing the photos.

(The first step of the process, can be described here.)

I have endlessly messed around in Automator and turned off all third party automator-type apps (Keyboard Maestro, FastScripts, Alfred), and I still cannot determine how it is working.

It seems I somehow did this using in-built OS X tools and software - whether a script (in .scpt or .app form), an automator workflow, or something using both, or something else. How on earth did I achieve this?

EUREKA! I found it!

The way I achieved this marvelous setup, was with a combination of a tiny AppleScript saved as an .app file, and the brilliant, free third-party prefPane app, Do Something When.

Set up up the first part of the process as linked to in the question, which will give the following settings in AutoImporter (so that when you insert the iPhone, it will automatically import them to the Pictures folder): 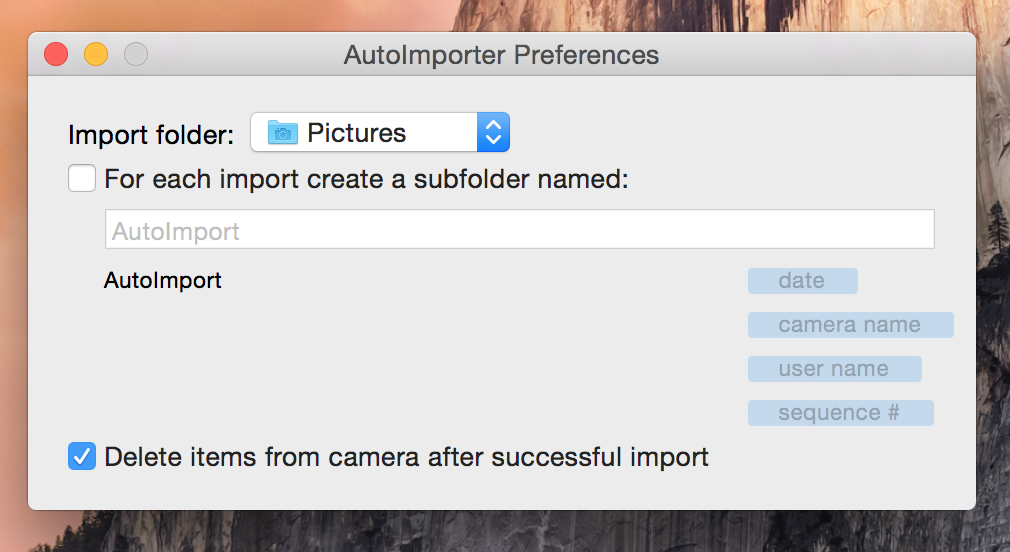 Now go to Script Editor.app (/Applications/Utilities/Script Editor.app), and insert the following code, which is what will open the Pictures folder in Finder (replace yourosxuserdirectory with your own user folder name):

Click Save or Export and select 'Application' as 'File Format' near the bottom. Save the app file (I named it openpicturesfolder.app) to somewhere on the system drive where it won't get disturbed later on or accidentally moved/deleted etc.

Download and install DSW, open it from the System Preferences window, and create a new rule, exactly like below ('openpicturesfolder' simlpy means the .app file that you browse for DSW to 'Open' when Autoimporter launches): 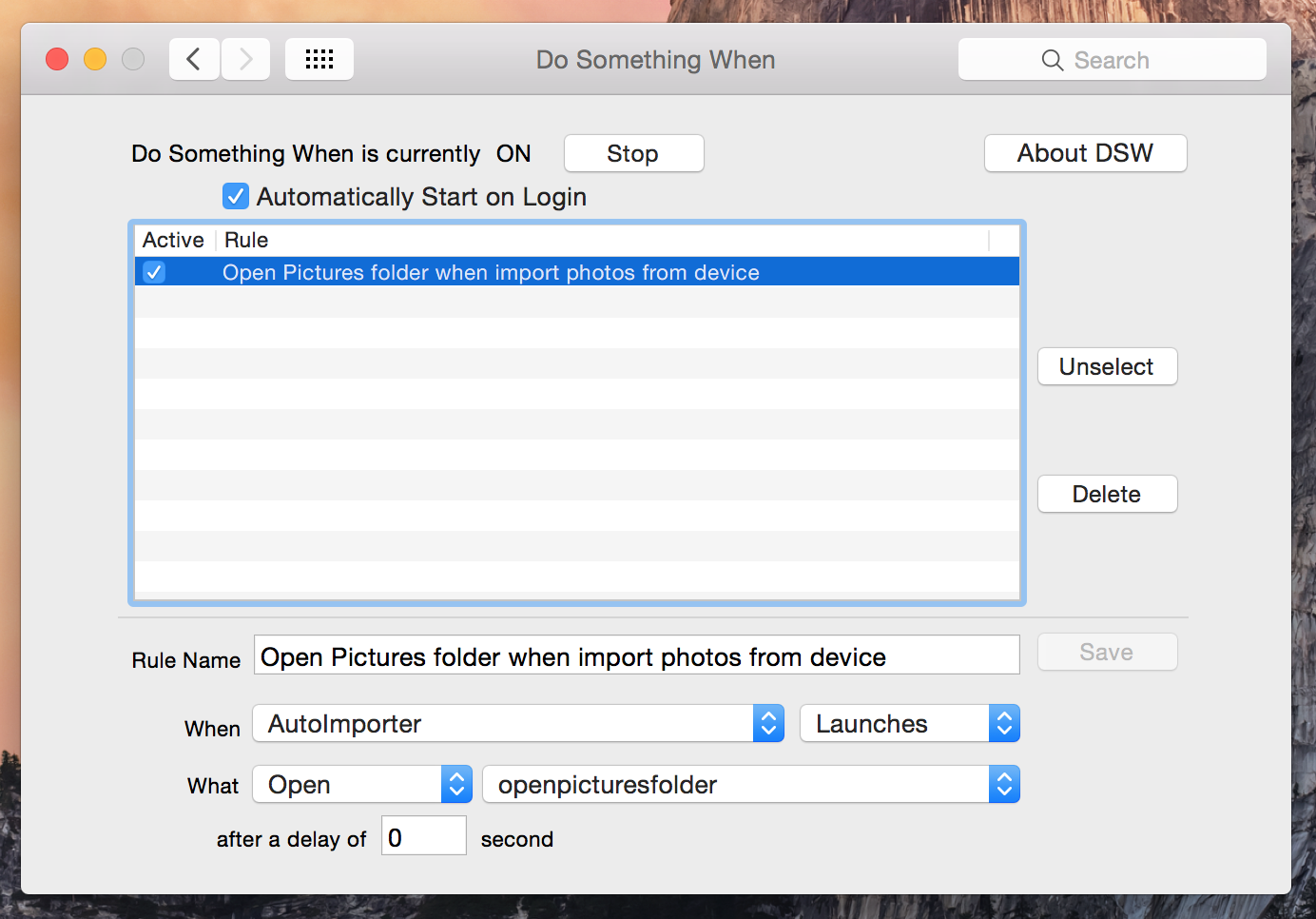 Click on Start up the top, tick Automatically Start on Login, and you are on your way to iPhone/camera photo importing bliss.

3
Switch between images in a folder
0
How do I import photos from my iPhone into a directory?
0
Start Terminal in AppleScript
1
repeat actionscript in Sierra?
3
Is it possible for an AppleScript .scpt file to retain a custom icon, even after edits have been made to the code?
0
Automator: Select only one file out of many files in a folder. Script needed?
0
Get folder tag recognised by Automator within Photos library file
1
After moving my home folder to different drive, Photos behavior broken