My laptop (Yosemite) is now 'PPPoE' connected over wifi, what is this and what does it mean?

My laptop (Yosemite) is now 'PPPoE' connected over wifi, what is this and what does it mean?

Should I be worried? It seems to have happened since Yosemite.

Everything seems to be working fine, but I noticed this when I was recently tightening security on my AirPort.

Edit: given comments that only the router needs PPPoE, I'm concerned PPPoE is being used to bypass the protections of my Router (AirPort). 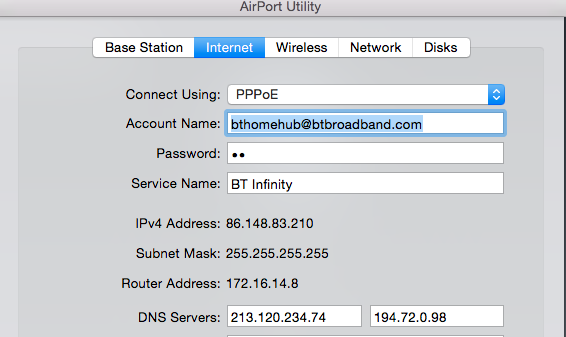 It was probably there before Yosemite but you did not see it.

Usually when your Internet service provider requires it it will be used.

PPPoE stands for Point-to-Point Protocol over Ethernet. PPPoE has become a favorite technology of broadband Internet service providers, who use it to save time and money. DSL and cable modem subscribers, on the other hand, have reason to be less enthusiastic about PPPoE.

PPPoE combines two widely accepted standards, Ethernet and PPP, to provide an authenticated method of assigning IP addresses to client systems. PPPoE clients are typically personal computers connected to an ISP over a remote broadband connection, such as DSL or cable service. ISPs deploy PPPoE because it supports high-speed broadband access using their existing remote access infrastructure and because it is easier for customers to use.

PPPoE provides a standard method of employing the authentication methods of the Point-to-Point Protocol (PPP) over an Ethernet network. When used by ISPs, PPPoE allows authenticated assignment of IP addresses. In this type of implementation, the PPPoE client and server are interconnected by Layer 2 bridging protocols running over a DSL or other broadband connection.

You can set up a new PPPoE or check the current set up. 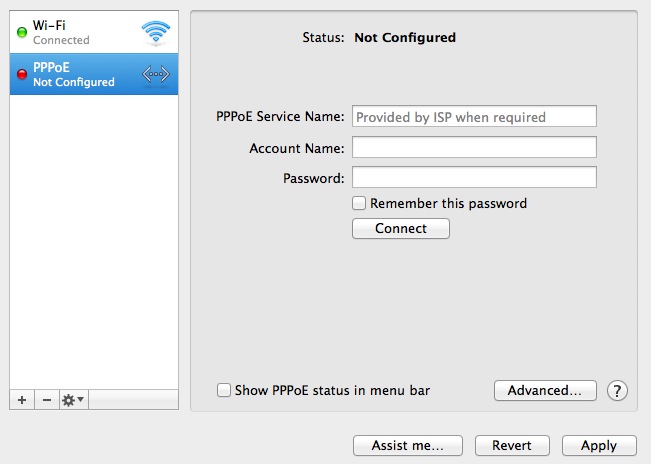 Not the answer you're looking for? Browse other questions tagged network wifi macos security airport .

2
Enhance Wifi range on a TimeCapsule
3
Sporadic Double NAT problem with Airport Extreme Base Station
1
Apple Airport - Access DHCP from ethernet connection?
4
How to properly setup a reliable roaming WiFi with Airport Base Stations and an existing router
1
Airport Express Base Stations as Bridge
2
Can I set a Timecapsule to connect to a wireless network, and hook up more network equipment to it with cables?
3
What does AirPlay need from wifi and router?
1
Which Airport to use for primary WiFi router, Express or Extreme?
3
How is my 2nd Airport Extreme Connecting To My 1st Airport Extreme?