Use SOCKS proxy for several IP addresses on OSX Yosemite

I just wanna use socks proxy for some ip addresses. I found this setting: 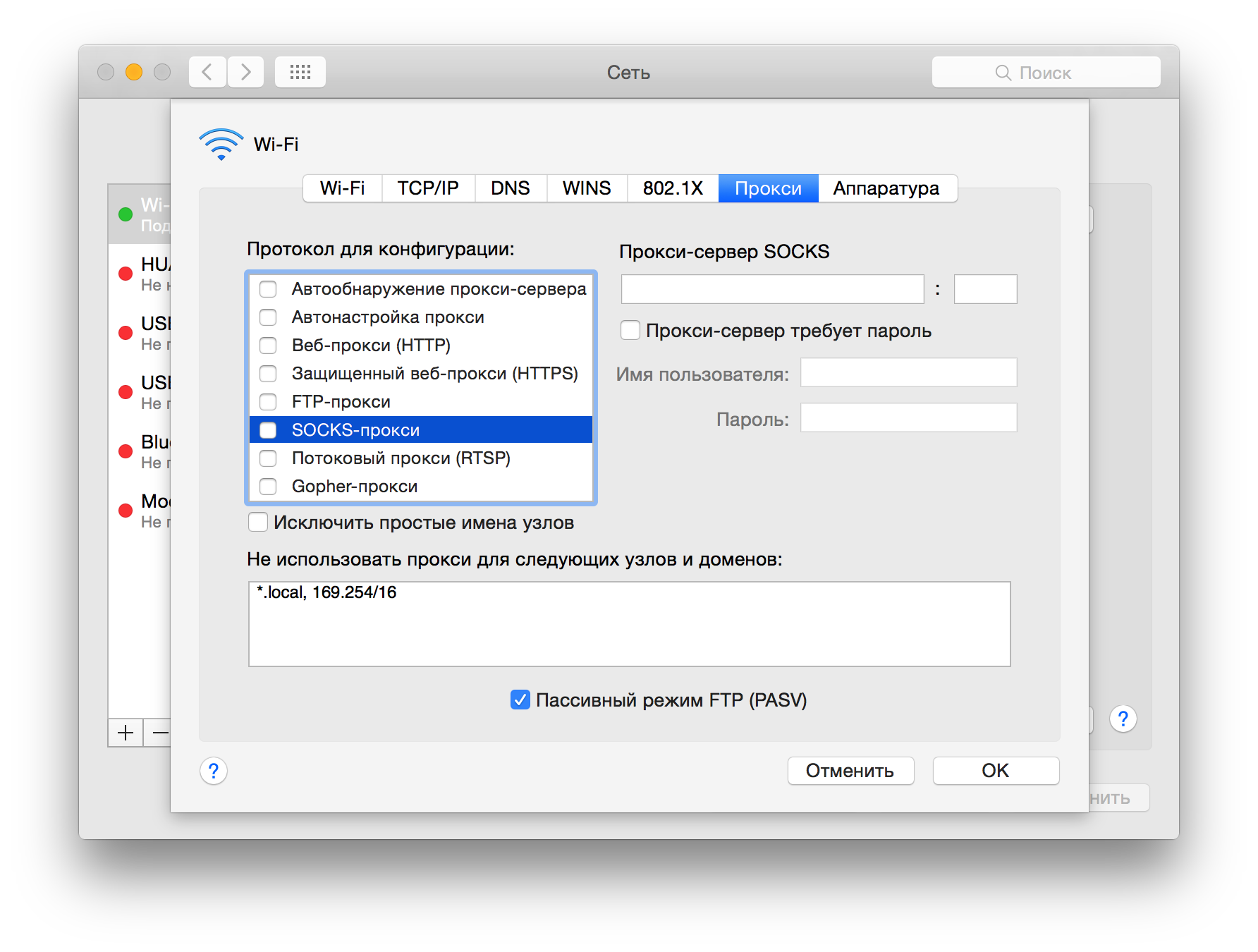 Sorry for non-English screenshot. Here is OSX Networking settings for SOCKS proxy. I can see only "black list" for ip addresses to access without proxy. But I need "white list" of ip addresses.

I enjoyed your screen shot. I just learned how to say прокси-сервер!

I believe what you'd be doing is asking the proxy redirector to make exceptions to its exceptions. I think this will probably not be possible.

There is a kind of tool which may work better for you. It is called a URL re-writer or URL re-director. Instead of setting up a SOCKS proxy, which would be designed to forward every kind of web call, a URL re-writer would watch all the outgoing connection requests and replace just the ones that match to wherever you re-direct them. This is very good for sending a small number of addresses or domains to another place--like your proxy server or tunnel endpoint.

These URL rewriters come in two flavors: the sort installed in routers—-like squid—-or they can be browser plug-ins. Some routers have this feature built in and call it "transparent web redirecting."

There's a plug-in for Safari called "urlrewrite-safari" that lives at https://github.com/sjmulder/urlrewrite-safari . There's one for Firefox called "Redirector" which works much the same. I haven't looked to see what's there for Google Chrome.

The only snag is that when you do a web search for "URL rewrite" or "URL redirect" you also end up with a lot of server-side redirection stuff, too.

Not the answer you're looking for? Browse other questions tagged macos network proxy .