Yesterday I realized that that my late-2009 Macbook White (A1342) does not display red colors. Sometimes it works correctly when I turn on the computer. Then, after a few seconds, red color starts flickering (in large rectangles and lines), then goes out completely. The screen becomes bluish, and everything that should be red seems black. I've attached a photo.

It's strange that sometimes it just starts working correctly again after some time, even if I don't touch it.

The computer was turned off for 2-3 days, because I've bought another computer and didn't need the old one. Before that, it was working fine and the display had never got any problem.

I've tried to format the disc and reinstall OS X Yosemite, but it didn't help.

Is this definitely a hardware problem? Have you ever had the same issue? Do you have any idea what is causing it?

Maybe, can I repair it by myself? (I'm not afraid of disassembling the machine if it's not hard to repair. E.g if a connector has just got disconnected or something like that.)

Thanks for any help and relevant information!

Update: I've had it turned on for about ~1 hour and now it works again. Is it probably oxidation of the connector?

Update 2: I've tried to knock, press, and move the lid in many ways, but couldn't reproduce the problem.

Update 3: It suddenly happened again! Then I started a program which spins up CPU usage to 100%. Then the display started working fine again in less than a minute! Managed to get it working in this way twice. Is it probably some kind of oxidation of the connector? 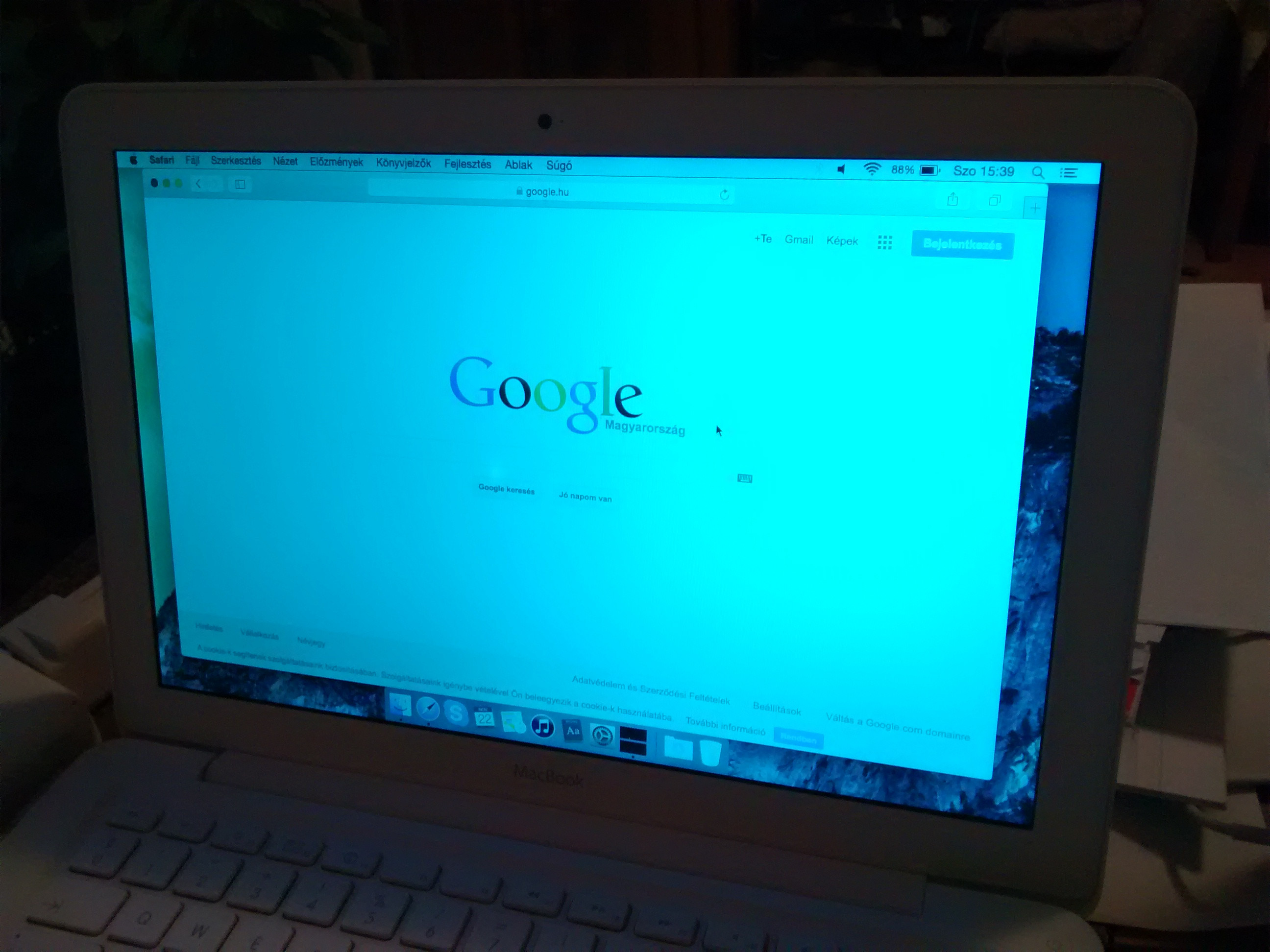 Let me summarize the troubleshooting steps.

1- Run the Apple Hardware test to see if it comes up with anything.

2- As far I know you have a NVIDIA graphics car. Run without it to test.

3- Connect a external monitor to test if the internal display is failing.

4- Open up the computer and unplug/plug the Video cable few times to clean the contacts. Or replace the Cable following the instructions here.

Not the answer you're looking for? Browse other questions tagged macbook-pro display screen color .

2
MacBook Screen Does Not Work, External Monitor Does
3
MacBook Pro Mid 2009 does not boot without resetting system management control (SMC)
0
Macbook Pro Late 2011 13" Display Issue
0
On board / internal display works intermittently / randomly
0
MacBook Pro screen muddling up letters
1
What are these red/gray squares that appear on my Macbook Pro?
0
MacBook chargers turns green, then red, and then stops charger
1
MacBook Air frequent shutdown with shutdown with shutdown cause -128