I've recently bought a usb-ethernet adapter (not apple) and I get internet connection. In my university we have to put a specific mac address but I can not change it.

I have tried with

and with both I got the same result. The command doesn't return any error but when I run ifconfig again the mac address is still the same.

I've also tried with Ubuntu and it worked. Do you know how can I do the same in OS X?

In Ubuntu the name of the adapter is eth0 but in OS X it's en4 instead of en0.

The output of sudo ifconfig en4:

Answering some questions, yes I have tried with sudo en4 down/up and I thing it's not a limitation because I can change it in Ubuntu. If I try to change the mac address of my Wi-Fi I can do it.

I'm using OS x Mavericks and my USB-Ethernet adapter is a Chinese one, the model is AX88772A

I fixed this issue by installing my adapter's chipset driver on Mac Os X. After rebooting, the usual command (e.g. sudo ifconfig en6 ether xx:xx:xx:xx:xx:xx) works as expected. Below the details.

So no, not an hardware problem, at least in my case. After a few failed attempts with third party software and useless drivers, I found out that my adapter had the Realtek 8153 chipset, as confirmed by the system report of Mac Os X: 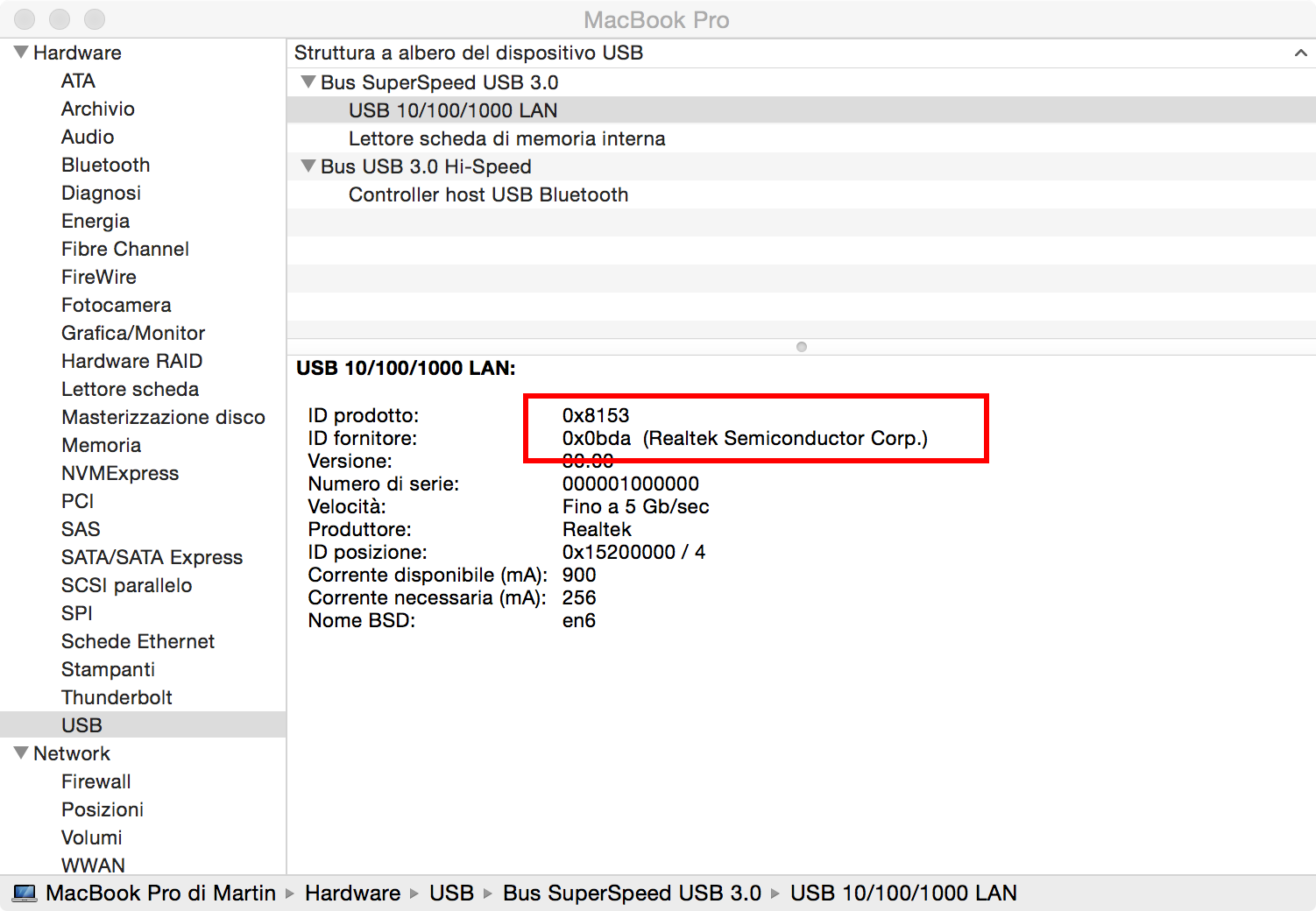 I found the chipset driver on another manufacturer's website, relative to a different product that uses the same RTL8153 chipset, installed it, rebooted, and voilà.. after that it was possible to change the MAC address from command line. 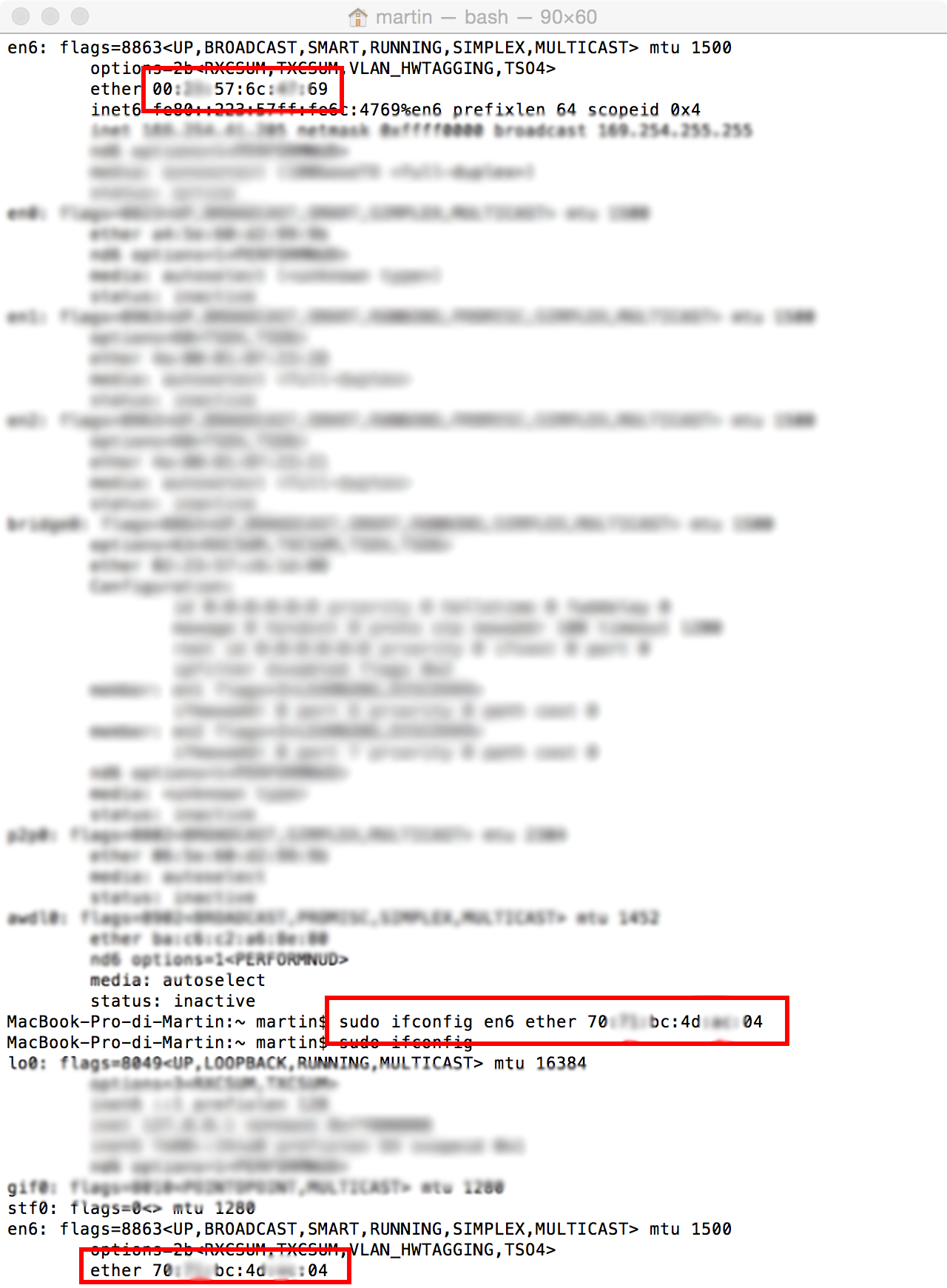 PS. the Realtek's website has the driver as well; it is probably the most updated version, although it gave me some errors during the installation. However, it also works as expected.

Spoofing a MAC address in OSX isn't as simple as it is in Linux so you may want to try using a python script such as SpoofMAC.

Another way to configure/get info about network services in OSX is with the networksetup command.

Stumbled upon changing mac addresses before~

Not the answer you're looking for? Browse other questions tagged terminal network usb ethernet .