What font is used during verbose boot mode?

When booting OS X in verbose boot mode (⌘+v on startup), the log is printed on screen.

It seems different to the kernel font, but it might just be a smaller version of it. 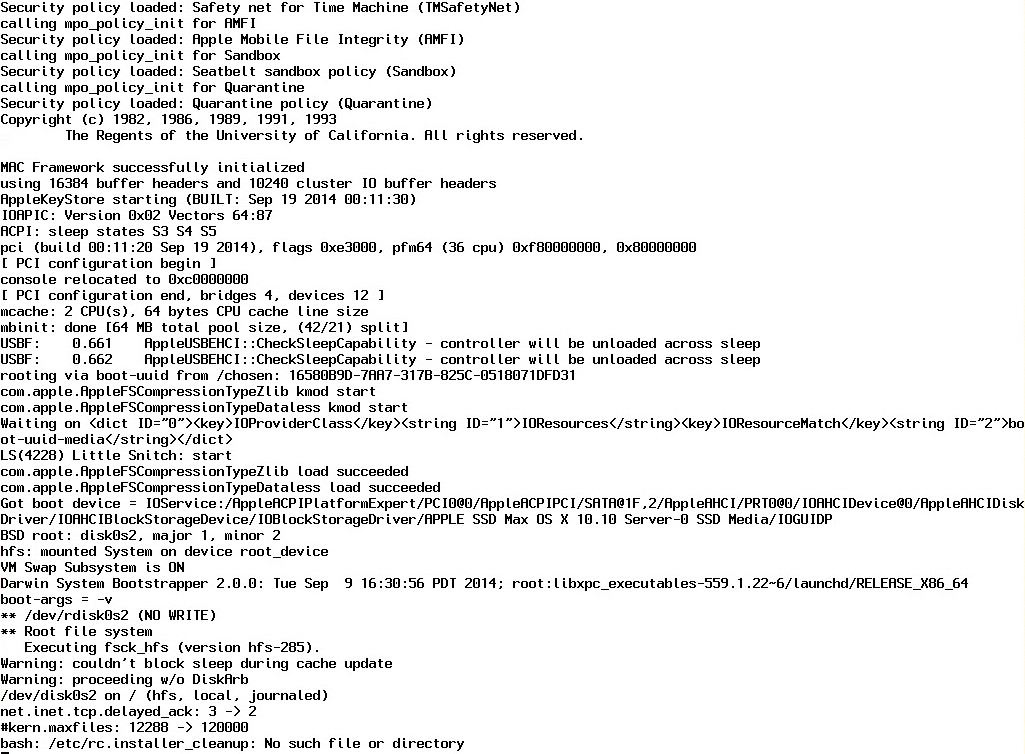 Anyone know what font is used and have a credible source?

The font used seems to be a somewhat nameless cowboy apparently just called Iso-Font and was made by Ka-Ping Yee. He doesn't seem to care about this accomplishment, since he does not list it on his CV.

The sources for this font are compiled into the kernel and the sources to that are to be found at https://opensource.apple.com/source/xnu/xnu-3789.70.16/

In there it simply says:

This rather unsatisfactory naming seems to be accurate nevertheless, as an email transcript on Russian site reveals:

That site also illustrates how to use this on a Linux console and will show you how it looks when booting linux: 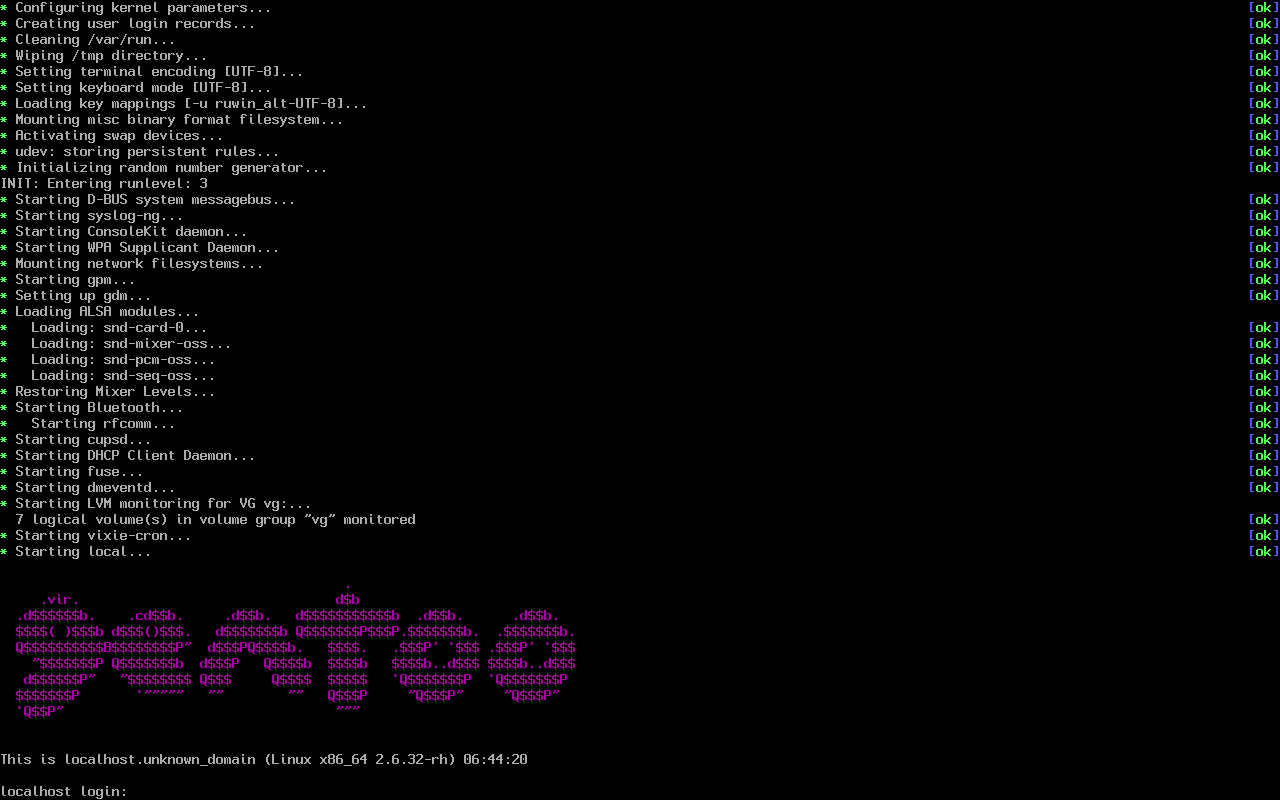 LаngLаngСLаngLаngС
7,6421010 gold badges3535 silver badges8686 bronze badges
1
Add a comment  |
1
Want to improve this post? Provide detailed answers to this question, including citations and an explanation of why your answer is correct. Answers without enough detail may be edited or deleted.

Not the answer you're looking for? Browse other questions tagged macos boot font kernel .