So I a trying to open some lecture slides from my university to study however when I try to open certain PDF files the system becomes extremely slow and unresponsive.

Details of the PDF (Blurred out the names): 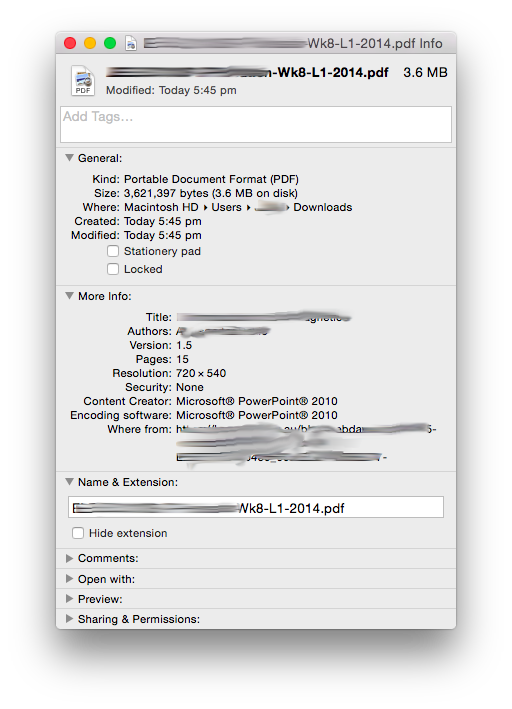 My macbook is a Macbook Air Mid-2011 with i7 and 4GB RAM running Yosemite OS X 10.10 . While slow and unresponsive, I opened Activity Monitor. After just a few minutes the amount of virtual memory increased from 10Gb to 24GB and Safari (what I opened the PDF with) was listed as using 7.8GB of RAM. Further the graph of Memory Pressure as shown in activity monitor had moments of being orange and red before the whole system becomes totally unresponsive.

I have tried restarting the laptop, closing other applications, and downloading and opening in preview. None of which helped.

This file isn't particularly large so i was wondering what would cause it to do this? The file does however contain numerous pictures and equations, which is what I believe to be the cause.Any ideas how to comfortable open this PDF?

Edit: Here is the usage from Preview after opening for about 1 minute:

I ran into some issues like this with a PDF which contained some embedded vector images… the images were plots generated by Mathematica which had been exported as PDF files. The images were composed of a few thousand data points. As Preview attempted to plot these (thousands of) vectors, it would lock up (just as you describe).

Exporting the images from Mathematica as a PNG (raster format) solved the problem instantly. I'm not very familiar with the behavior of PowerPoint with vector images (if I recall correctly, the two do not mix…). Could you try rasterizing some of the more complex images prior to placing them in the document?

Note: as in your case, the PDF file didn't seem particularly large (the file size of the PDF image compared to the PNG image was very comparable), but the amount of processing power required to render the PDF brought the system to a crawl every time I scrolled to the point in the document where the complex plot was located.

I found this online Tool that might help you.

Load your File and use it to find out what the problem might be. 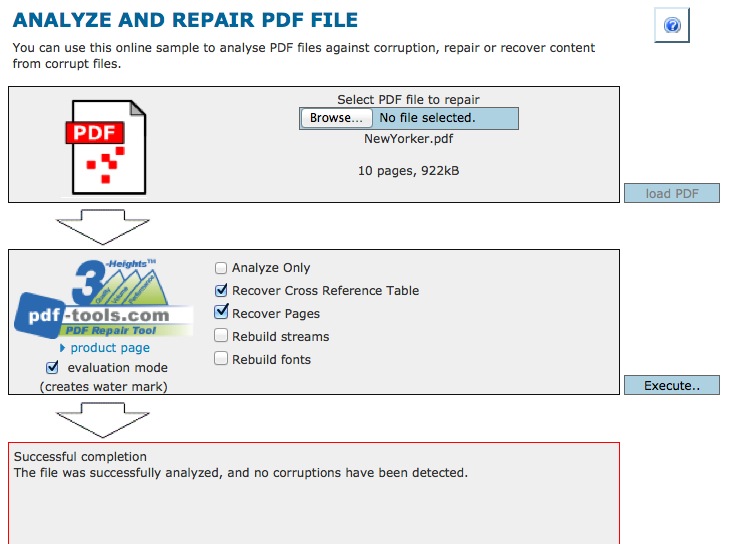 Try using evernote. I have been able to fly through bulky PDF by importing and viewing them in Evernote. It dosn't solve the problem of reducing size but gets the job done in the fastest possible way. Stumbled across it accidentally and it works like a charm!

This is not an answer but perhaps a hint. I am (since Yosemite) having this problem with all the Office for Mac programs. If I "open recent" no problem. If I open from Finder instead of the application, no problem. But if I open Word or Excel or Powerpoint and then go to find a file, the program becomes unresponsive and I have to force quit.

Not the answer you're looking for? Browse other questions tagged macos macbook-pro memory pdf .