I Can't control my iPad master volume with Siri, and I'm surprised about that.

Is there a way to do this control via Siri?

It's not possible and it's an oversight that makes hands free impossible.

The excuse of volume being too hard are weak.

Reading about the iPhone 7 preview, it seems that it was only a matter of time 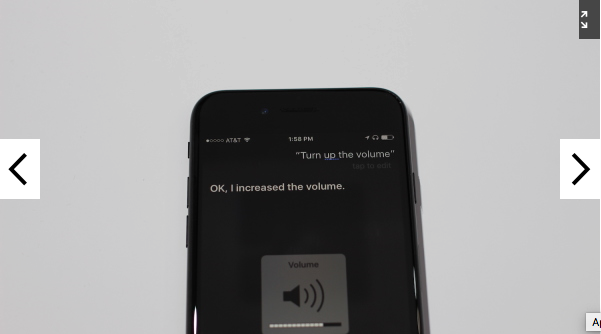 It's likely a safety feature. If someone was using hands free while driving and changed the volume. It could blast really loud music in your ear and cause you to crash. Possibly injuring yourself and others. This would open up Apple to lawsuits.

After asking Siri myself, I've found your answer.

Siri cannot change the volume of your iOS devices.

That much is fact, however my theory regarding why Siri is unable to do change such a simple control is pure speculation; I believe Apple didn't implement this functionality because it would be awkward and hard to use.

How would Siri know what volume you want your music to play at? How can she distinguish what would be the perfect volume to play your music even if you gave a general instruction for her to turn it down or up?

Too much uncertainty involved with attempting to provide desired result most likely turned the Siri designers away from implementing the feature.

Siri could raise or lower the volume slowly and ask for you to signal when to stop by saying stop. Not saying this is easy, but it's the same way to tell someone to stop filling your glass, at your preferred amount, but there would be needed rules or prompts. Another way would be to set volume by say a graduated number set 0-20. When you ask Siri to change volume she 1st says what you are at, and you can say how many "points" to increase or decrease, or set a number. Would take some getting used to but better than nothing. Voice recognition could also differentiate voice, and only allow recognized voice input. You could also set thresholds that wouldn't allow Siri to blow out your speakers with a voice increase limit.

Edited by peer review: Siri responds to such commands with: "Sorry, but I'm not able to change that setting.", hence this answer is completely false.

Not the answer you're looking for? Browse other questions tagged siri sound-volume .