When I attempt to set the Show Desktop hotkey inside of Mission Control to a mouse button it never seems to work. My preferred mouse button would be mouse button 4 (which is a little thumb button on the side of my mouse). 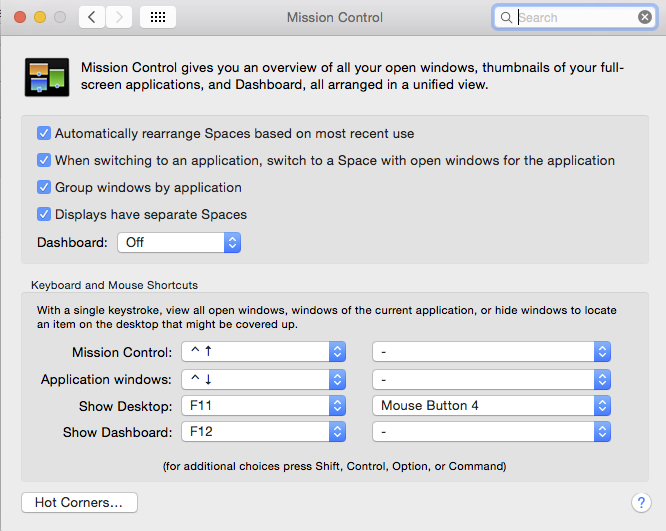 This used to work brilliantly but at some point it stopped. I believe this whole thing started with Leopard, so i've been seeing this behavior for quite some time.

I can set any other Mission Control shortcut to Mouse Button 4 and it works great. The Show Desktop shortcut does not work with any mouse button. The keyboard shortcuts work for everything though.

I'm not the only person to have seen this issue either. Here are some other people who experience my problem or a suspiciously similar problem.

Someone suggested removing the ~/Library/Preferences/com.apple.symbolichotkeys.plist file which did not work for me.

I have a MacBook Pro (Retina, Mid 2012) and a Logitech G9 mouse. I would love some insight on how to fix this issue. 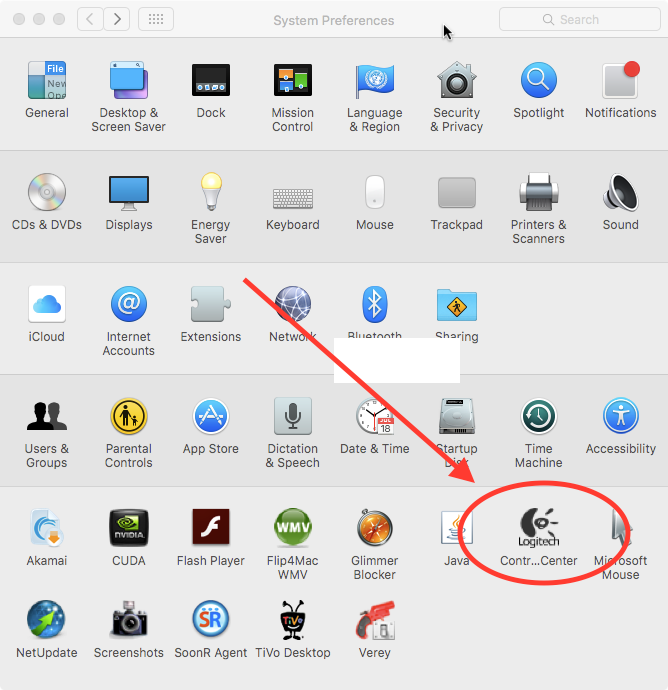 From here click on the image of your mouse that appears on the screen, which will make available the "Configure..." button, upon which you should now click. 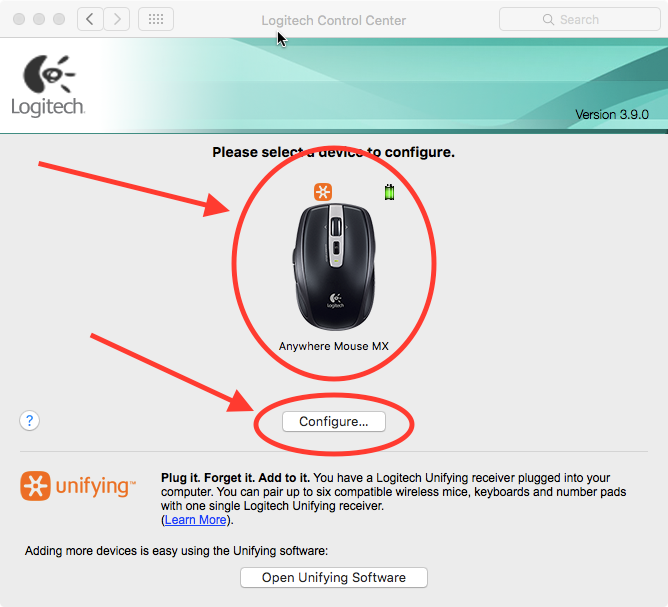 On the next page, this is where the magic happens! You see the available buttons on the left side of the screen, and the actions you are able to assign to those buttons on the right side of the screen (Assigned action). When you click on an action item in the right column, a drop down menu appears allowing you to choose which action or area of action you want assigned to the corresponding mouse button in the left column. Choose "Mission Control".

While it was annoying at first not to be able to assign actions to my mouse buttons from the original Mission Control area in System Preferences, I have found I much prefer there Logitech Control Center as I don't have to guess which button corresponds with "Mouse Button 4" or "Mouse Button 6", etc. The actual button names, along with their representative icons are used in this new location, and, as before, the moment you assign an action to a button, it works. You don't need to close the window for your selections to take effect, which is as it was before, and quite wonderful.

It's long overdue – I hope you've been able to fix it – but for future generations, deleting

rebooting, and setting it up again should help.

However, another reboot will break it again so either a) only put the computer to sleep, which many do regardless, or b) download a utility such as USBOverdrive and use it to invoke a key press configured to Show Desktop using a mouse button (or Show Desktop itself if the utility supports that option).

If you have a Logitech Mouse: 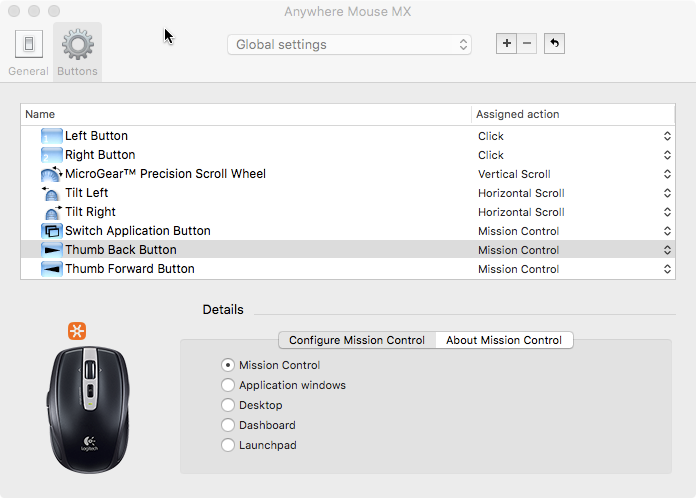 You will notice that as you choose different options from the "Assigned action" column in the dropdown menu that the options in the bottom half of the screen will also change to correspond with the Action you selected from the menu. This is slightly confusing at first, but makes almost immediate sense once you realize what is happening.

Not the answer you're looking for? Browse other questions tagged macos mouse mission-control .