Ask Question
Asked 6 years, 11 months ago
Active 4 years, 3 months ago
Viewed 135k times
76
This question already has answers here:
How do I write to NTFS drives in OS X? (8 answers)
Closed 4 years ago.

I sometimes need to mount USB drives that are NTFS formatted and write to them. On Mavericks I achieved this using the Homebrew formula ntfs-3g which depends on osxfuse.

After upgrading to Yosemite, osxfuse is broken. Homebrew message:

I take this to mean that the kernel extension used by osxfuse is completely disallowed in Yosemite because it is not digitally signed by Apple, whereas in Mavericks it was allowed.

So, is there any way now to mount and write to an NTFS-formatted USB drive in Yosemite using either open-source software or free, unencumbered (not spyware/malware or bundled with useless toolbars etc.) software from the App Store?

If you have brewed osxfuse installed, you have to uninstall it, because unsigned kexts are banned now. Type:

On the other hand, if you don't have Homebrew at all, download it:

If you don't have Homebrew Cask installed, type:

You need to create a symlink for mount_ntfs, in order to make drives mount automatically:

edit: This doesn't work for me in the final El Capitan (from Mac App Store). I had to disable SIP through recovery. Could someone confirm that this is indeed necessary?

... and reboot your machine. Then try symlinking mount_ntfs again.

To make this change permanent run the following (correct for El Capitan):

Note: The device will no longer automatically open a window when you attach it. To access it open a Finder window and select the Go -> Go to Folder to /Volumes

I normally use Paragon NTFS, but just tried this method with 10.10.1 and it seems to work after a rudimentary test [created a folder and copied few small files]

After disabling Paragon, a NTFS-formatted flash drive is not writeable: 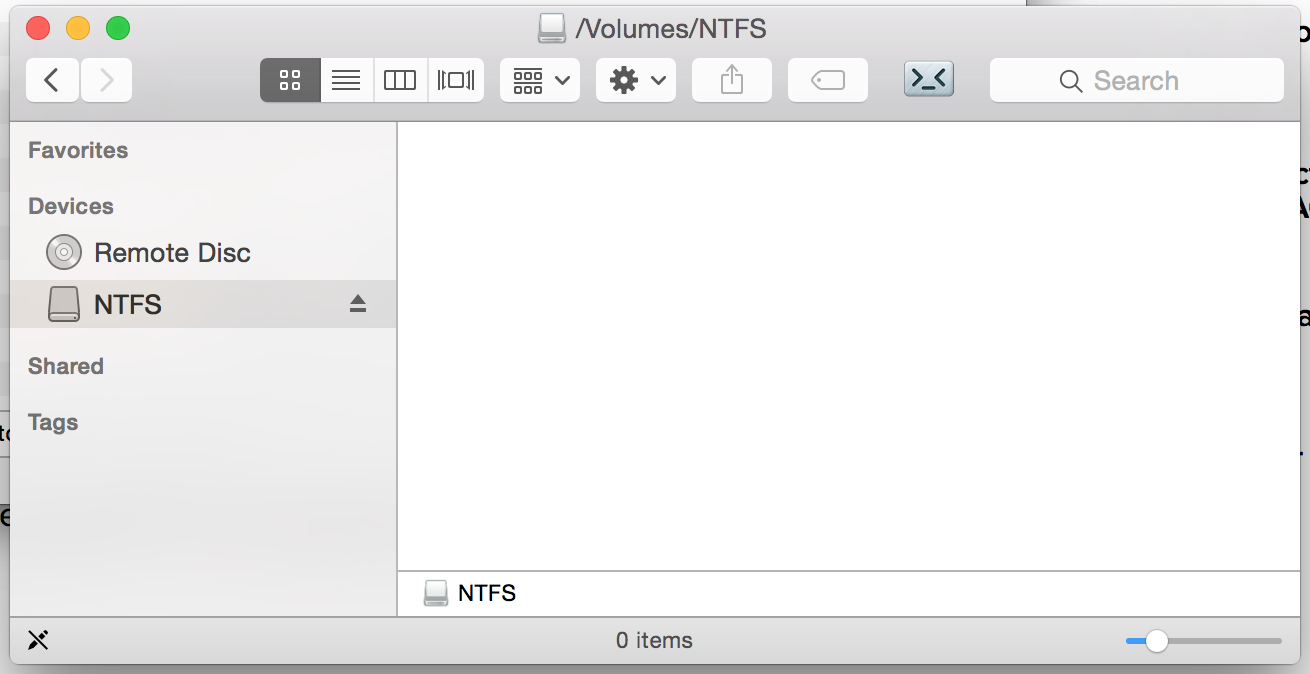 I added that drive and the requisite flags to my fstab file:

Then unmounted and reinserted the flash drive. Note that it no longer shows up in the sidebar under Devices. You have to navigate to the /Volumes directory to find it. However, it is now writeable.

No third-party software required, but you do have to repeat this for every target NTFS volume.

Additionally, there is script that can set up everything automatically: http://sourceforge.net/projects/native-ntfs-osx/files/?source=navbar (just succeeded with it on OSX 10.5.5 Yosemite).

This answer is aimed at latest compatibility for OS X 10.11 El Capitan.

The following guide worked on my Yosemite computer:

Macbreaker.com - How to Enable Writing to NTFS Hard Drives in OS X Including El Capitan

A guy called Niresh has simplified this process into a single installer:

By default, the drive mounts, and you can browse the files. But it is read-only. To make the drive writeable, add the following line to /etc/fstab

Replace MyDrive with the name of your volume (check the volume name in the Finder when you mount it).

Then unmount/remount it to see the changes. One convenient way to re-mount the drive is to use Disk Utility:

To see the drive after mounting it, look under /Volumes in Finder: 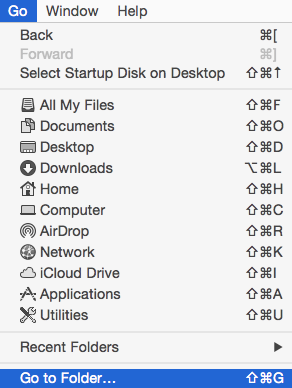 This change is permanent.

To undo the writability when mounted on this machine, simply remove the entry for this drive from /etc/fstab.

According to this thread, as a workaround, you can download and install the osxfuse binaries directly from the project instead of using homebrew:

But it sounds like this won't work if you have brew packages (such as Gluster) that rely on the osxfuse libraries, since they won't appear in your cellar.

The best cross platform format I use is vfat. Not ideal, but it works a charm and there's no mess no fuss :)

I always use Paragon NTFS. Just try it. You can do read/write from both sides and will forget this barrier for ever.

Not the answer you're looking for? Browse other questions tagged macos ntfs .

65
How do I write to NTFS drives in OS X?
85
Write in NTFS using Mavericks
5
Enable writing to NTFS harddrive with non-standard name on Mac
1
Duplicated volume name bug with NTFS-formated drives on Yosemite
0
External Drive icons missing on Apple