I just updated to Yosemite, and now I cant access newly added files through the dropdown menu the Dropbox icon in the toolbar provides.

Previously it was possible to reveal a newly added file in finder if a file on the dropdown list was pressed(See picture) But now nothing happens!

Am I the only that has this problem?

Here is how I solved it:

I got it working. I restarted my Mac and now its working again. Weird..

Post Yosemite upgrade, Dropbox contextual menu items and sync status icons in Finder were gone. I downloaded and installed latest 2.10.41 build and that fixed it. Until I rebooted. Then, gone again!

Yosemite did something to my finder involving Dropbox. After I downloaded the new os, finder wouldn't work at all. It wasn't responding and nothing happeneded when I relaunched it. The only things that I could click on we're the on the top bar and bottom bar. So I starting closing programs until finder worked again. The culprit was Dropbox. As soon as I closed it finder started working again.

Make sure you've got the latest version of Dropbox. It should look like this (note the positions of the buttons is now top-left rather than top-right): 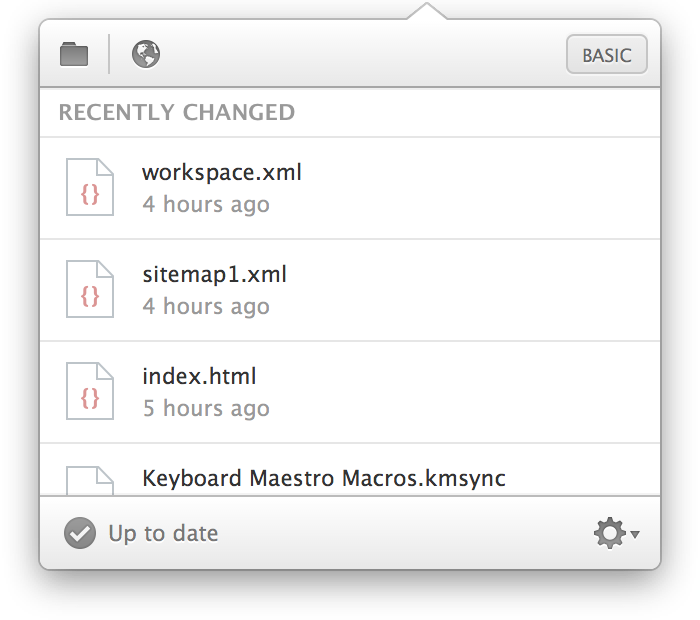 Right now Dropbox's changelog is full of entries like "More fixes for Finder on Mac OSX 10.10". I didn't notice your issues, but Dropbox kept hanging since the Yosemite upgrade.

I just updated to the latest version from Dropbox website, which got me release 2.10.41, and now everything you mention works fine (for now). But from the changelog link, you can download later stable releases which might work better.

Let me speculate on the reason: while before Yosemite Dropbox used a huge hack to extend Finder, now Apple introduced clean support for Finder Extensions, so the Dropbox integration with Finder was probably rewritten. In theory, this should make things more stable; apparently, though, the new code is not good enough yet.

I had the same problem. It was solved when I updated to Dropbox version 2.10.46 and relaunched Finder. You can restart finder with the following Terminal command: killall Finder && open /System/Library/CoreServices/Finder.app

Make sure that "Enable Finder integration" is checked in Dropbox preferences 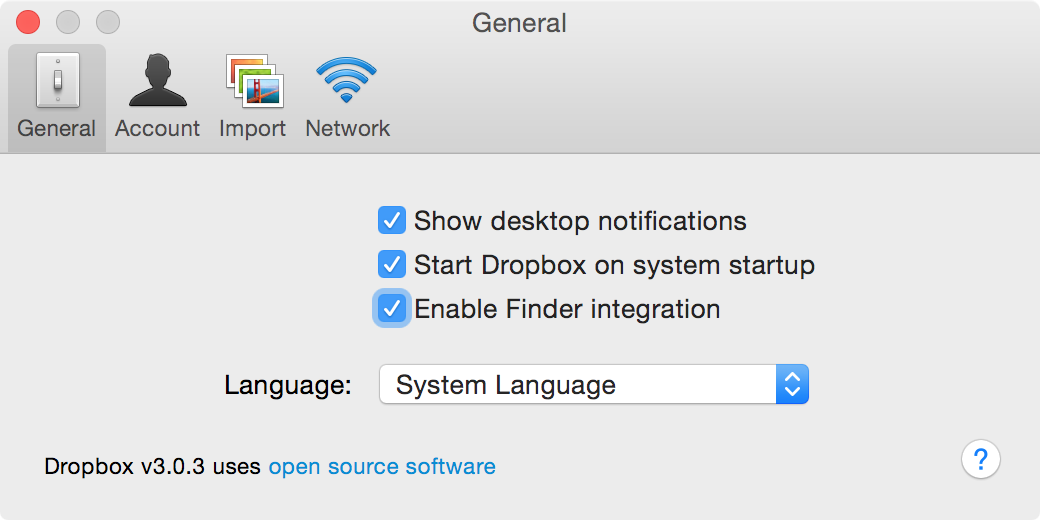 I had the same problem too. It says it is updated but the files that I uploaded at Finder do not appear in dropbox.com. So i went to pause the sync button and sync them back again. And now it works!

Not the answer you're looking for? Browse other questions tagged finder macos dropbox .

0
dropbox link to their site does not work in contextual menu nor in menu bar
20
How Do I Know If A File Has Been Successfully Synced To iCloud Drive?
2
Finder gets confused after using the mv command in the Dropbox folders
1
troubleshooting Finder (and disk access?) speeds — Dropbox extension problems?
3
Why isn't Finder updating a folder's contents?
0
In Yosemite, can you "un tag" more than 10 files at once?
3
How to access recent files or folders in Finder or in file dialogs?
6
Dropbox Public Folder Alternative - so I can copy public links from the Finder?
2
Finder seems to be broken, Desktop files missing