There's a plugin for Firefox called Vimperator which is what it sounds like -- a vim style interface for Firefox. It has the curious ability to nearly remove the titlebar of the Firefox window. This functionality is accessed with vim-style commands. 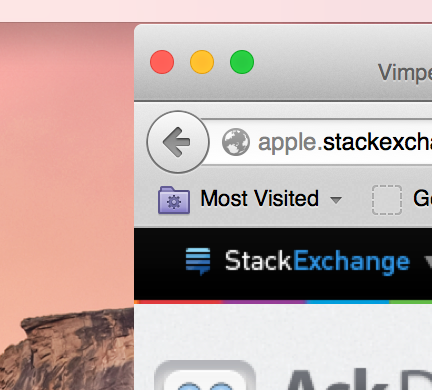 Firefox with almost no titlebar 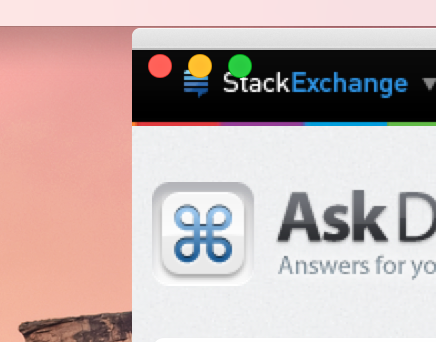 Does this depend on something special about Firefox or is it possible to apply this change to apps in general or maybe to apps that use a particular framework?

By possible, what I really mean is possible without modifying the source code of the program.

This is specific to Firefox and how plugins are able to interact with its windows.

Not the answer you're looking for? Browse other questions tagged firefox ui customization cocoa .

10
How can I remove the window shadow in Mountain Lion?
0
How to remove AddressBook book-like interface or enable debug menu?
10
Remove Window Drop Shadow and Replace with Outline
1
How do I remove Cisco Anyconnect from the Dock?
7
How can I remove the launchpad?
0
Focus most recent window of pid without requiring accessibility approval
1
Firefox: double-click on titlebar maximize window instead on open new tab
3
What is the name of Network Setup Assistant's window?
3
MacOS High Sierra: Remove the lag when resizing a window quickly
1
Is there a way to go forward in Finder like in a web browser?