Why is the update button in "App Store" app opening the app instead of updating it?

I am experiencing a problem with updating my apps on all of my Apple devices: iPhone 5s, iPad Air, iPhone 4s, iPad 3

They are all running iOS 7.0.4 (11B55a) jailbroken using evasi0n and this problem has only recently started happening.

To update my apps I normally go into the "App Store" app down to "Updates" and then manually press the "UPDATE" button to update that app. Since the 10th October pressing the "UPDATE" button causes the app to be loaded instead. I went to try this on my other devices and got exactly the same result. This is odd because some of the devices haven't had any Cydia or App Store updates for ages.

I have attached a screenshot of what my update screen looks like on my iPhone 5s: 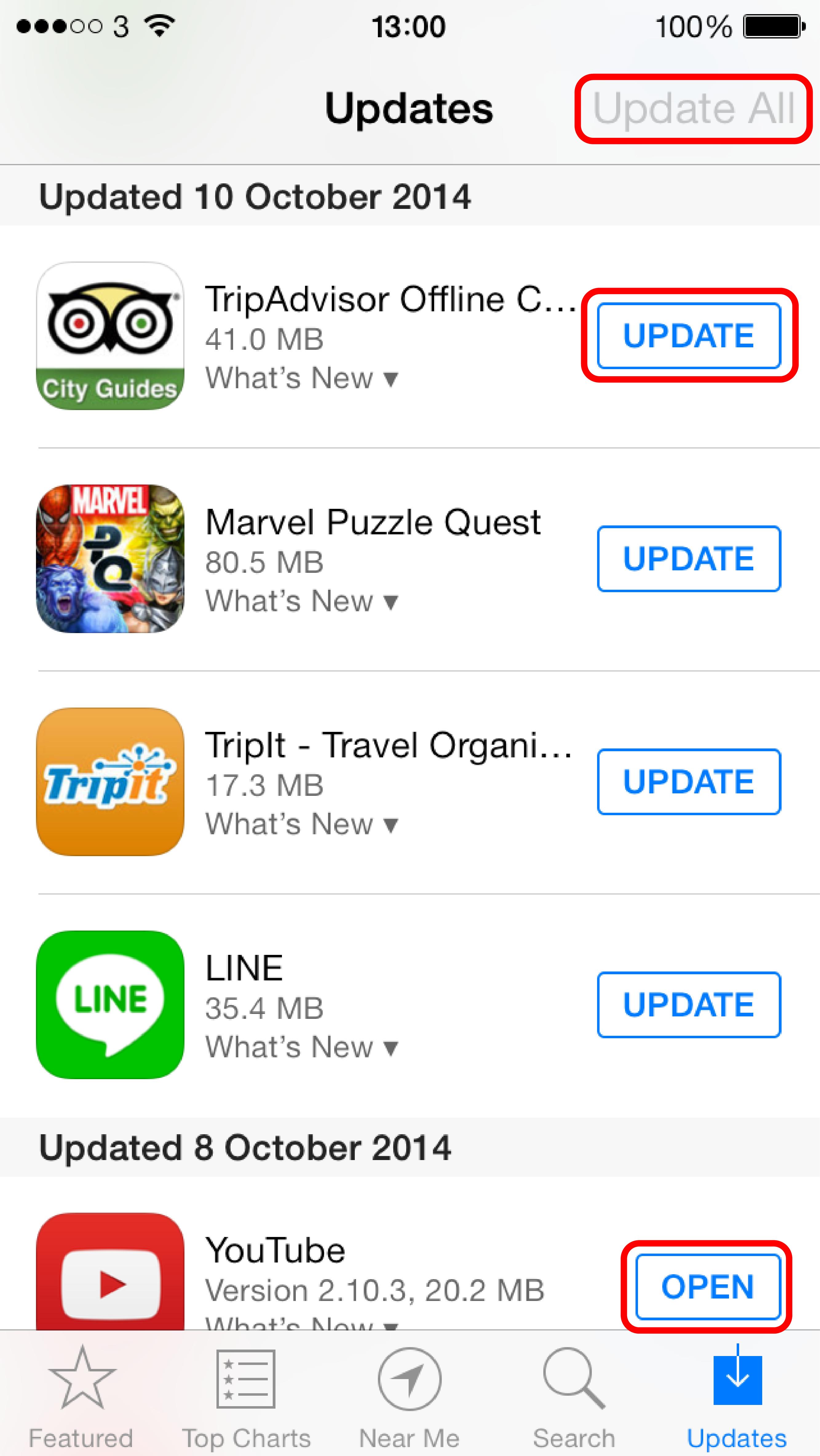 You will notice that:

I have tried the following, but none of these have worked:

I have tried the following which does work, but doesn't make any sense: 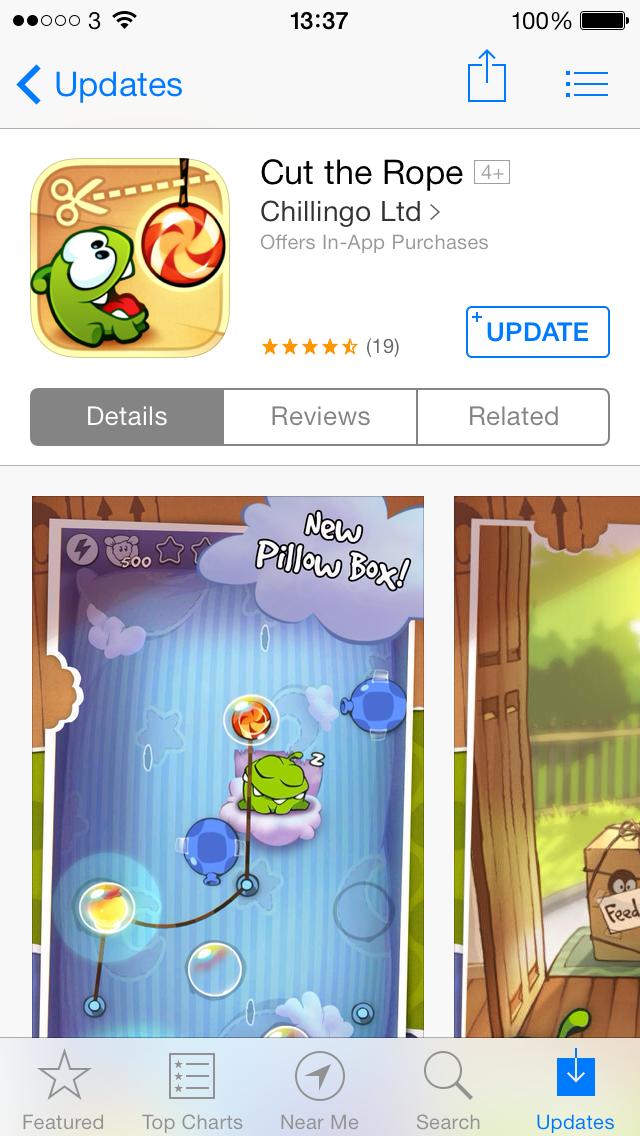 In summary there are 2 problems that are happening:

Does anyone have any suggestions as to why this is happening now? I have previously been updating fine before the 10th October.

Seems like I am not the only one experiencing this problem:

If that doesn't do it, try deleting the affected apps, then shutting the phone off cleanly, then starting it back up and re-installing the apps.

Do you maybe have an app listed there, that you installed via another method such as AppCake (Found in Cydia/Is a utility that installs free and paid apps for free, on Jailbroken iDevices)? If so, that may be the problem, and there's a setting in AppCake to remove the metadata of the app, so it doesn't show up in the App Store like it currently may be (You Can't update apps you did not actually purchase on the App Store, via the App Store)...

If you installed via another method, aside from AppCake, there are ways to remove the metadata from the App's installer file (.ipa file), before you install it.

If this is the case in your situation, remove/delete the app, then reinstall it with the metadata removed, and then, try your updates again to see if the issue is resolved.

Not the answer you're looking for? Browse other questions tagged jailbreak iphone ipad .

3
How can I prevent the App Store from doing automatic update checks or notifications?
1
Update of app shown in iPhone but not in iPad?
1
iPhone 6, iOS 8, App Store Update count doesn't update
7
Can't update apps in iOS App Store; can only Open
1
Unable to update or download apps on iPhone 6 - process hangs
1
iOS App Store will not update apps unless the Update button is pressed many times
0
App Store on iPad 2 keeps asking for AppleID password when attempting to update apps
1
Apps on iPhone Not Updating Properly
0
iOS 13 App Store update missing from the Account panel