Shared devices not appearing in Network

I've encountered a somewhat strange problem on my Mac. Recently, all the devices listed in the 'Shared' section of the Finder sidebar have all disappeared and has been replaced an 'All..." option.

Strangely within this option the shared servers don't even appear there. Instead there is a folder called 'Servers' and within that are two shortcuts that lead to the root drive of my Mac (which is named "glados" on the network). 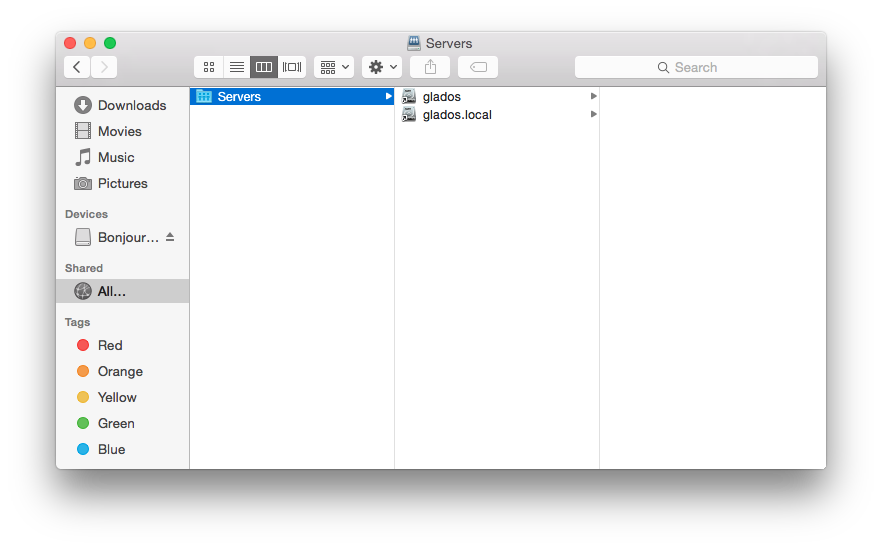 However, on another mac on my network, things seem all fine and dandy there. It even picks up the troubled Mac (which appears as 'Javan's MacBook Pro' thanks to bonjour) and appear in both the sidebar and the Network folder. 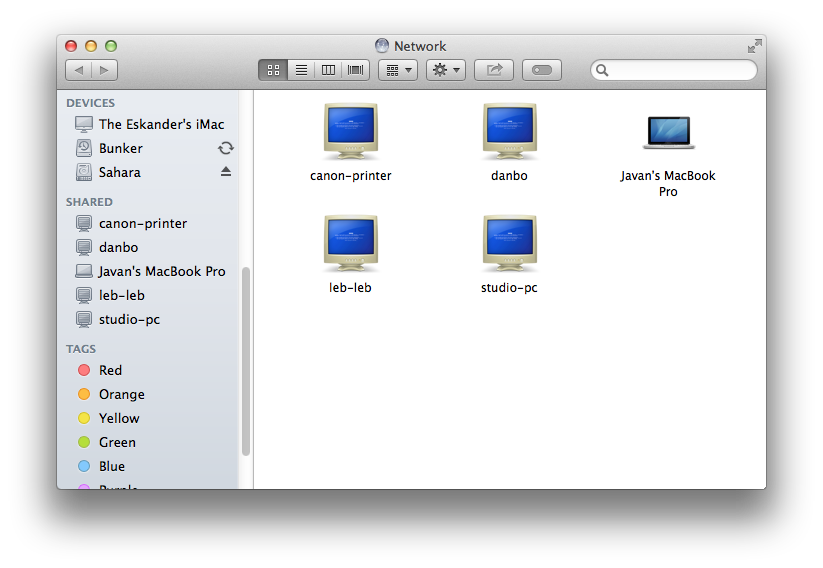 Before shots get fired, Yosemite has nothing to do with this. I've troubleshooted for hours and hours and have come to the conclusion that it is not the cause. 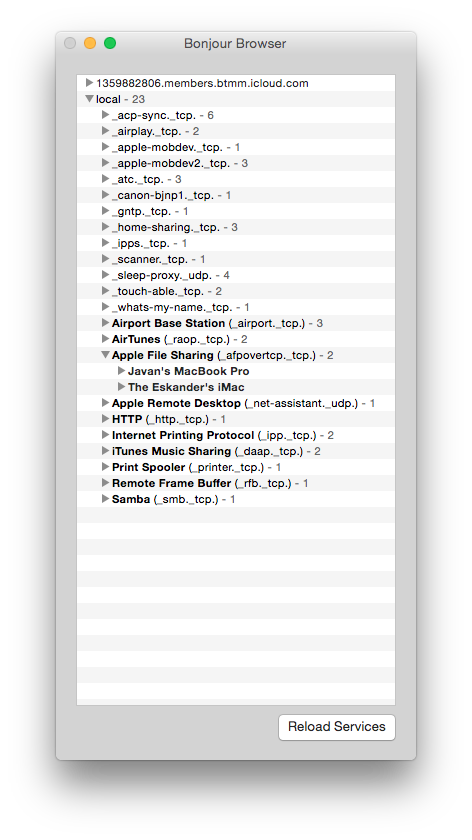 So I'm pretty sure its not a network issue since the iMac can see the MacBook fine and the MacBook can 'technically' see the iMac.

Also, if I manually connect to a shared drive on one of the PC's or the iMac via 'Connect to Server' the connection is fine and appears on the sidebar (however its named as the IP address of the shared drive and is only temporary as it disappears as I disconnect, which is totally useless) 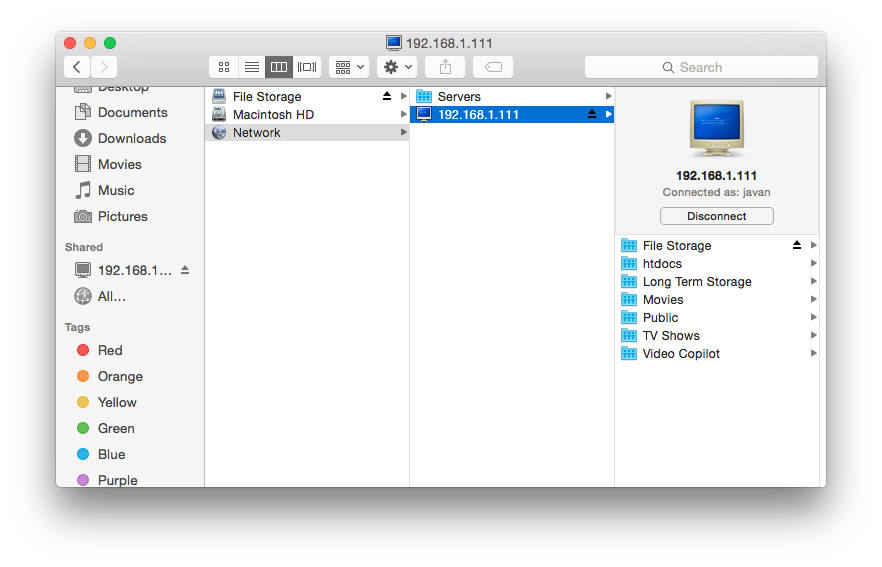 I've reverted back using Time Machine to when the MacBook was running Mavericks and the problem still existed. So it leads me to believe somethings gone wrong with some sort of preferences file perhaps? I've tried deleting com.apple.finder.plst in the ~/Library/ directory and relaunched but that didn't help either.

I'm fresh out of ideas, and other existing forums on the rest of the internet haven't seemed to fix it. If anyone has a remote idea any help would be appreciated! Thanks internet! :D

PS. Soz for the screenshot overload.

Edit: I forgot to mention that I have made sure that all 3 options are checked in the Finder Preferences for the shared sidebar (Back to my Mac, Connected Servers and Bonjour Computers)

I found a fix. I had the same problem after installing OS X Server.

Simply put, I did the following:

Now I can see my network devices under Shared in the sidebar.

I had the same missing shared device problem. I actually stumbled into a quick fix.

Don't ask me why, but I don't feel like wasting any more time on it and it was super easy. Perhaps it forced a refresh of the plist or something.....

A much simpler way is to delete the plist, reboot and reconfigure. I have the same problem after upgrading to 10.11 and this fixed it.

The plist will regenerate and you can go to Finder > Preferences > Sidebar to reconfigure.

If you follow the step just above of deleting com.apple.sidebarlist.plist, then empty trash (it will say you can't delete com.apple.sidebar.plist because it is in use) click continue, then force quit Finder.

After a few seconds the Shared (network) list starts to rebuild.

I agree with SteppingHat it is always better to find the root cause of the problem, but rebuilding the plist does 'fix' the problem when you don't have the time (or skills) needed to delve into the problem.

At least you do not necessarily have to reboot as a result!

My missing drive is attached to a shared server as well. Went to the drive on the server and clicked it and keyed Cmd/I (info). I found an unchecked "Shared" box under the General tab.

In my case this appears to have been caused by a Double NAT situation.

I have a T-Mobile Home Internet gateway plugged into my router to provide the internet service. All computers were connected to the inner network of the home router. Routing cannot be turned off on the LTE gateway, unfortunately.

I now switched the AirPort Extreme Router Mode to Off (Bridge Mode) via AirPort Utility. Also known as Access Point mode. All routing is now done by the T-Mobile box instead.

The other Mac is now visible in the Network sidebar of Finder. Screen Sharing works. Double NAT seems to cause the issue.

Not the answer you're looking for? Browse other questions tagged macos network finder .

3
App that scans local network for shared folders?
0
Network Shares disappeared after adding shared volume to boot items
8
Mystery computer appearing in the Finder's source list
3
How can I automount a shared network drive for Time Machine backups?
2
Shared folder with same name
1
How can I remove a "shared" drive from my Mac?
2
Why are files in the Shared folder automatically copied to other Macs?
0
Can I allow Mac using Internet Sharing via Thunderbolt to talk to other devices on network?
0
Shared menu missing from finder sidebar