3 weeks ago I installed Yosemite public beta onto a brand new Macbook Air which arrived with Mavericks pre-installed. To carry out the installation I created a new partition for Yosemite and so had the option of a dual boot.

Last week the public beta 4 came through and my existing Yosemite partition was not big enough to allow installation.

I figured that because it was a brand new machine with no data to be lost I could risk using Yosemite as my only OS, and so I decided to remove Mavericks with the intention of having one single partition with Yosemite. What has happened is that I have now 2 partitions - one prescribed Macintosh HD and the other my Yosemite partition. But I am unable to merge the two partitions or to grow the Yosemite partition from it's initial 20Gb, furthermore the partition entitled Macintosh HD is inaccessible. 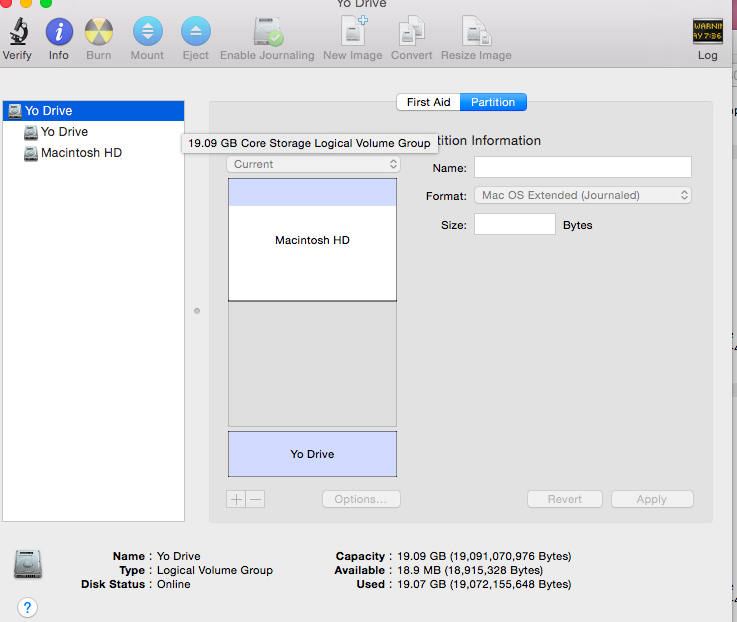 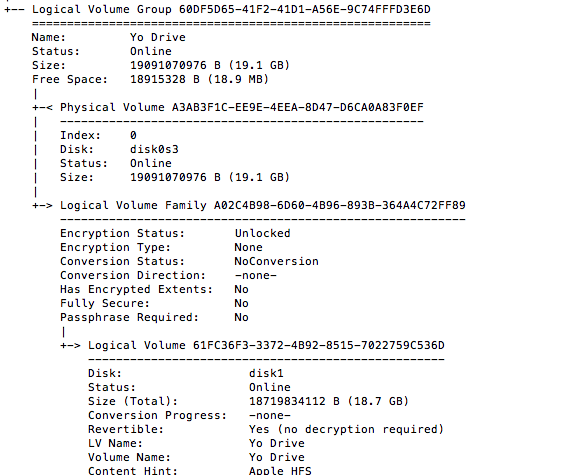 Boot into Recovery HD, open Disk Utility. Choose Yo Drive in the list and select the Restore tab. Make Yo Drive the Source and Macintosh HD the Destination. This will erase all content on Macintosh HD and replace it with the contents of Yo Drive. Back up anything important on Yo Drive before hand in case of failure during the restore. After that you should be able to erase the second partition and extend to take up the whole drive.

Launch the Terminal and type:

You'll see parameter options you can choose and go from there.

Not the answer you're looking for? Browse other questions tagged macos disk-utility partition core-storage .