I am a huge fan of the terminal-based music player cmus. It does everything I want from a music player and nothing I don't. I want to use it instead of iTunes on my Macbook. I installed it via homebrew and it's working great, except for one thing...

I'm trying to set up a system hotkey to play/pause cmus even if it's not focused. cmus provides a command-line program to help you do this.

Running that from anywhere will connect to the running cmus instance via a socket and issue the play/pause command. 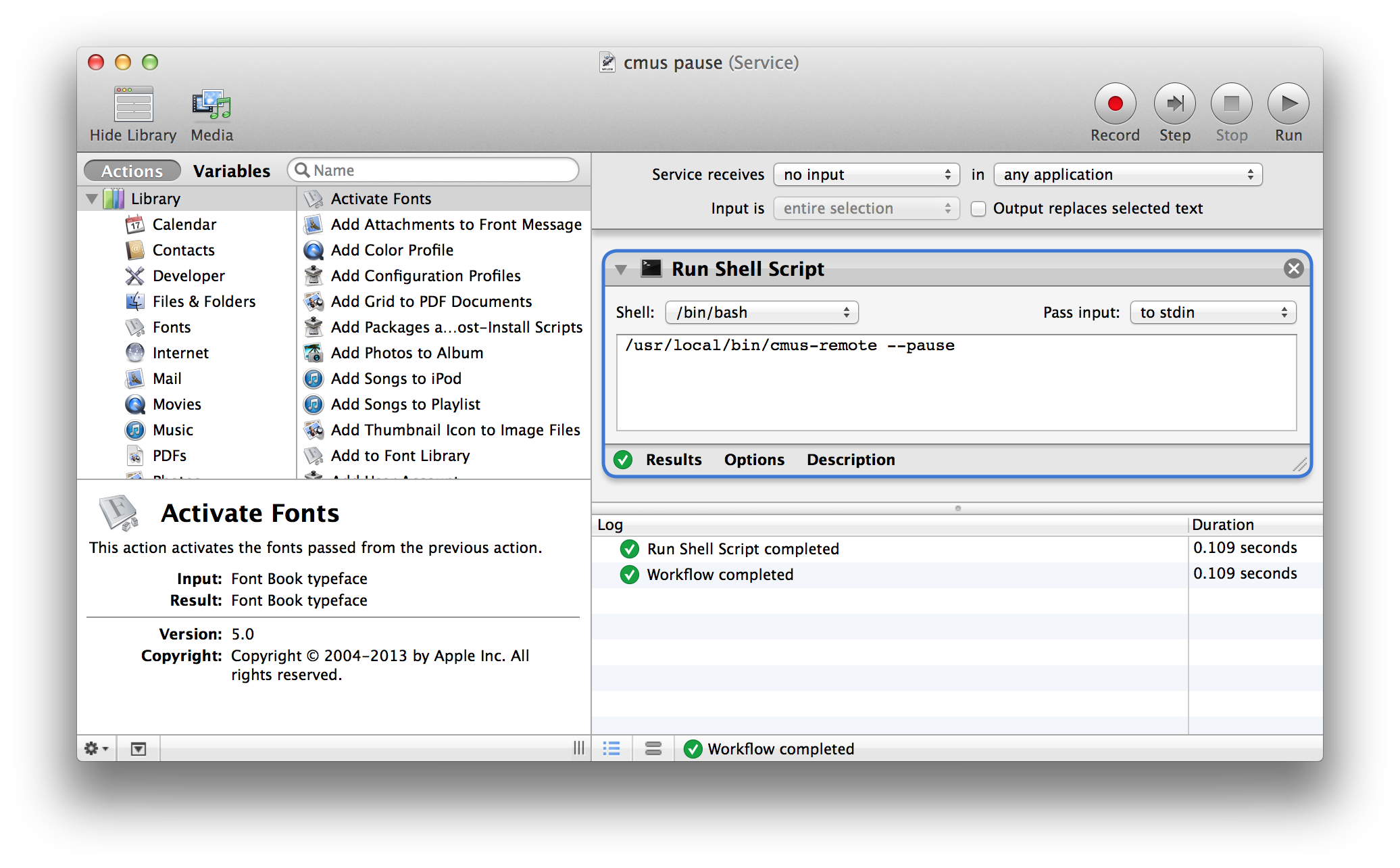 This Automator workflow works perfectly when I run it from the Automator edit interface, but it always fails when I try to run it as a service. The error message contains no useful information, just "The action “Run Shell Script” encountered an error."

I've attempted to put some debugging output into my script:

When I read that file, all I see is:

Clearly the workflow is starting and running, and it's the cmus-remote command itself that is failing.

I think there is a security setting in Mavericks (and possibly Mountain Lion) that causes Automator not to allow system control. See this question

Open your Console and watch the logs when you run the service. In my case, it crashes when I try to run a shell script.

I tried adding Automator to the Security and Privacy preferences, but it did not solve the issue.

As a work around, you may have to use applescript to create and app, tie that to a service, and add the app to the Privacy tab of your Security and Privacy preference pane.

3
Why won't my AppleScript run as a Service?
4
ffmpeg working from command line in Terminal but not in an Automator shell script!
5
How to create an Automator service to run a script on all files in a folder
9
Automator service not showing in services menu
1
Automator: "Run Shell Script" throws error because of missing "on" command
4
Run script in automator (without terminal)
7
macOS Catalina causing "find: .: Operation not permitted" errors
0
Automator service works everywhere except when using keyboard shortcut