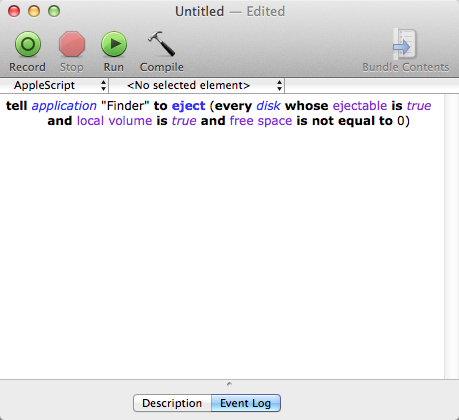 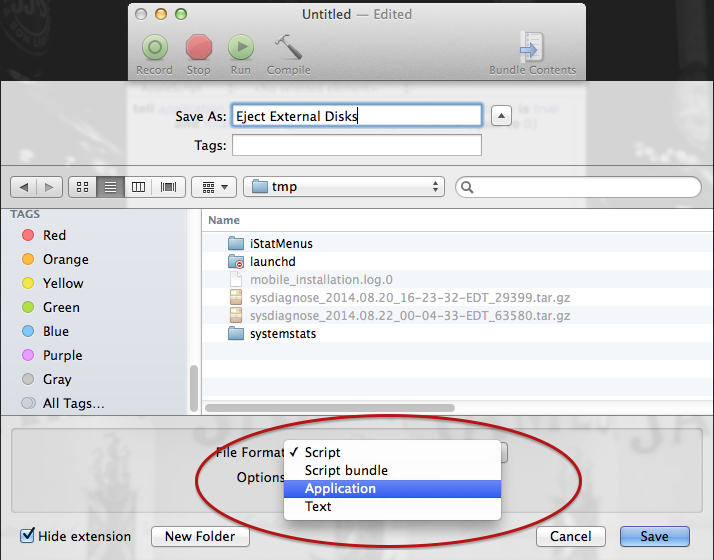 The AppleScripts above eject all ejectable disks, sadly this also includes cloud disks such as Box.com/Google Drive etc.

In order to eject only non-cloud disks I tweaked the script slightly to:

Hope this helps anyone who comes here looking for this. 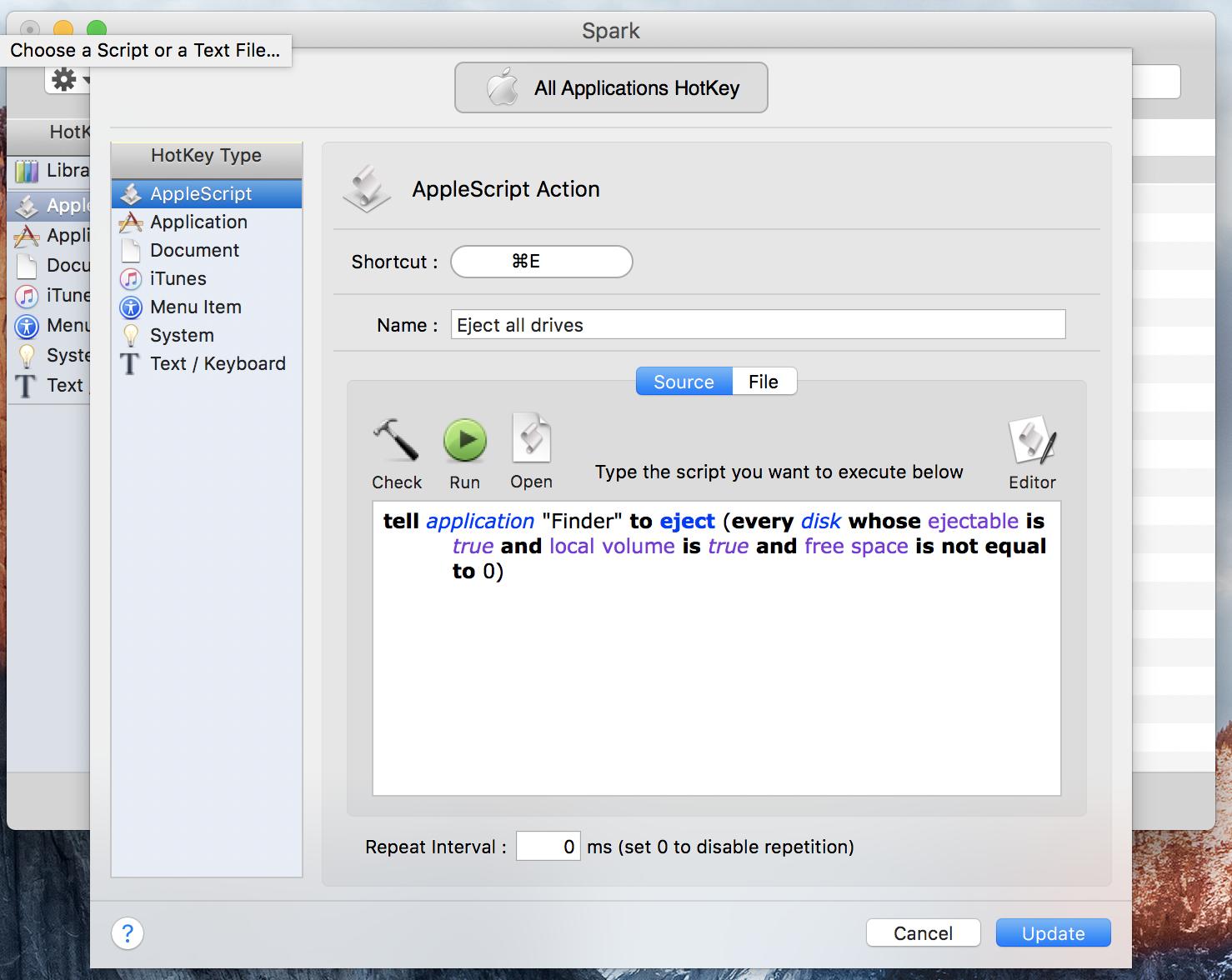 Not the answer you're looking for? Browse other questions tagged macbook-pro macos external-disk .

11
Can I configure my Macbook to unmount all external drives when I close the lid?
4
Shortcut to eject all external hard drives but not MobileBackups
1
Is there a complete list of all hidden keyboard shortcuts in OSX?

2
How to fix a Macbook that does not always draw its internal screen after waking from sleep and having unplugged external display while asleep?
4
Why does OS X now think I have two partitions on my external USB drive (plus random connection issue)?
1
Does Time Machine fail gracefully if I eject the backup disk during a backup?
11
Can I configure my Macbook to unmount all external drives when I close the lid?
6
Troubleshooting: 90 seconds to eject external Time Machine drive?
1
Normal for external SanDisk SSD 2T taking over 2 minutes to access files? Use not to
0
One partition on external HDD not mounting, disk not ejecting