I selected "Encrypt backups" in Time Machine settings but I am not sure if encryption applies to the whole drive or just to the Time Machine backup.

Could you please advise? Also what is the right command to verify this? 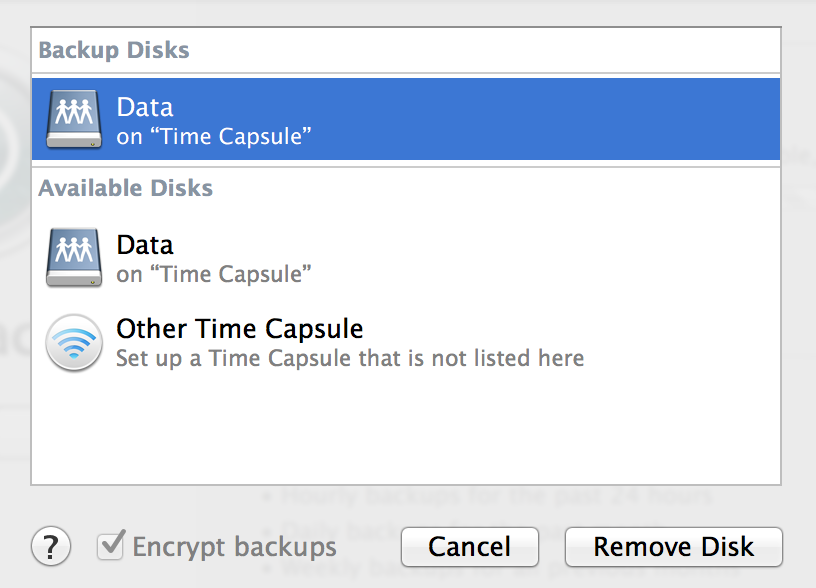 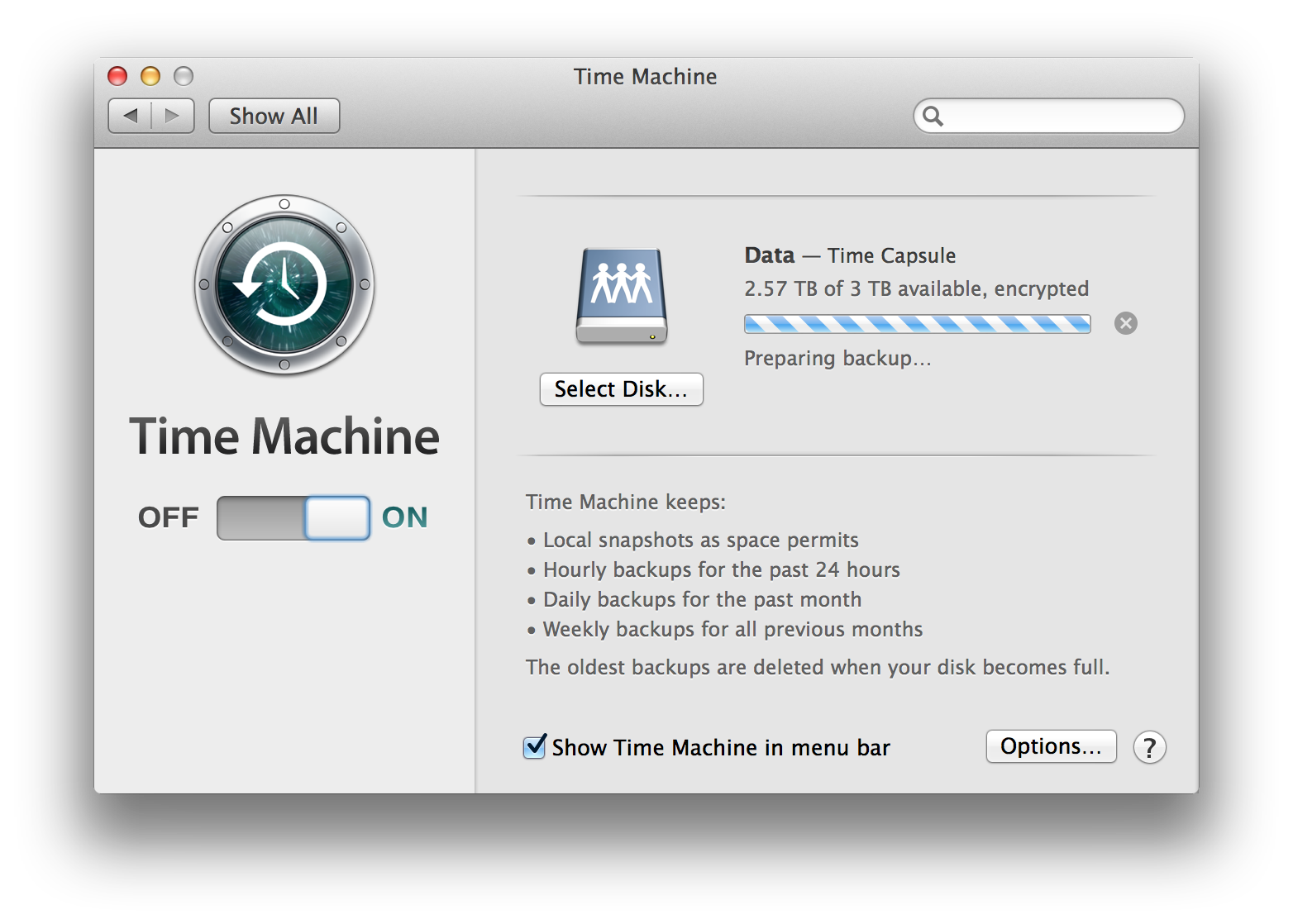 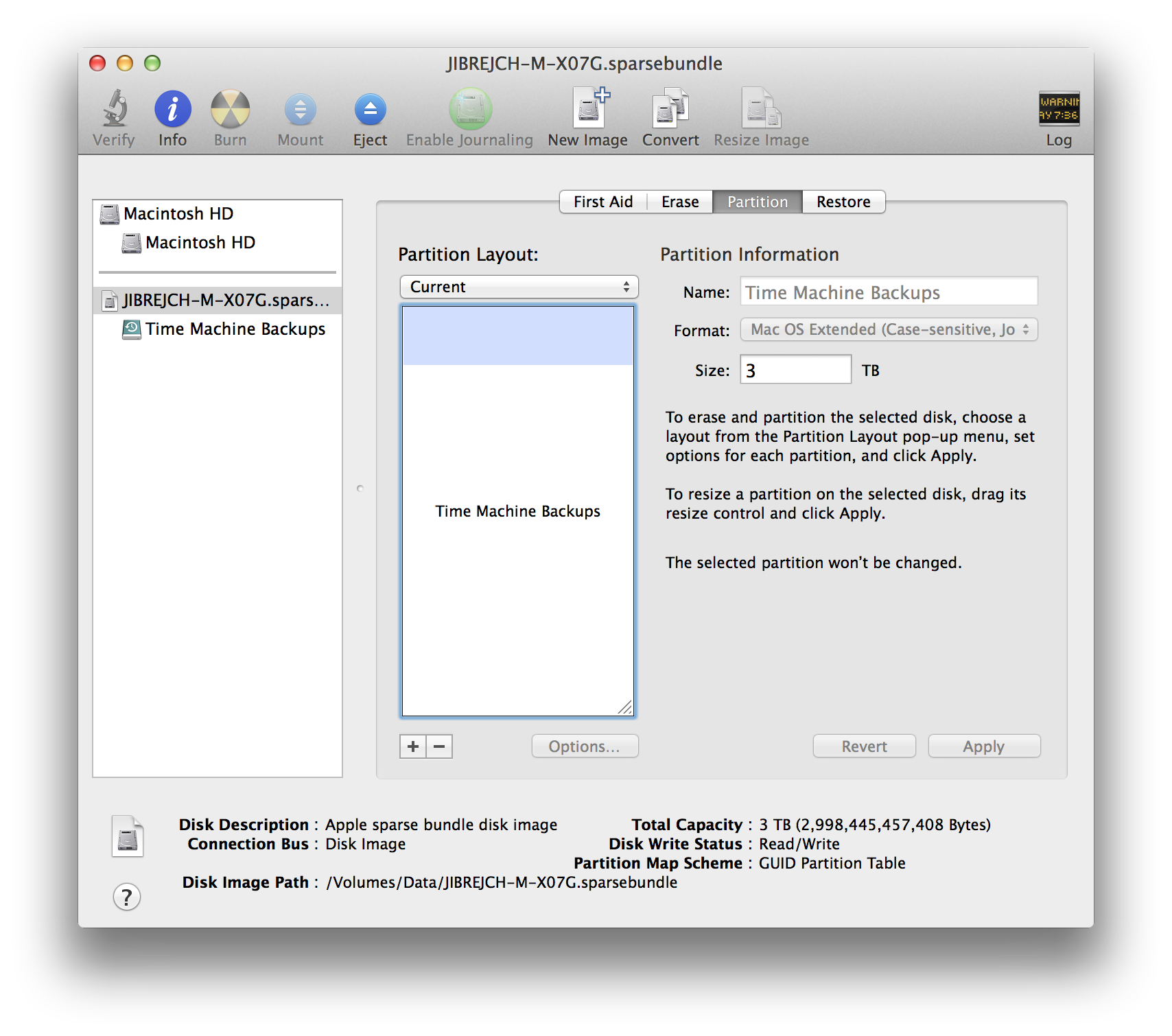 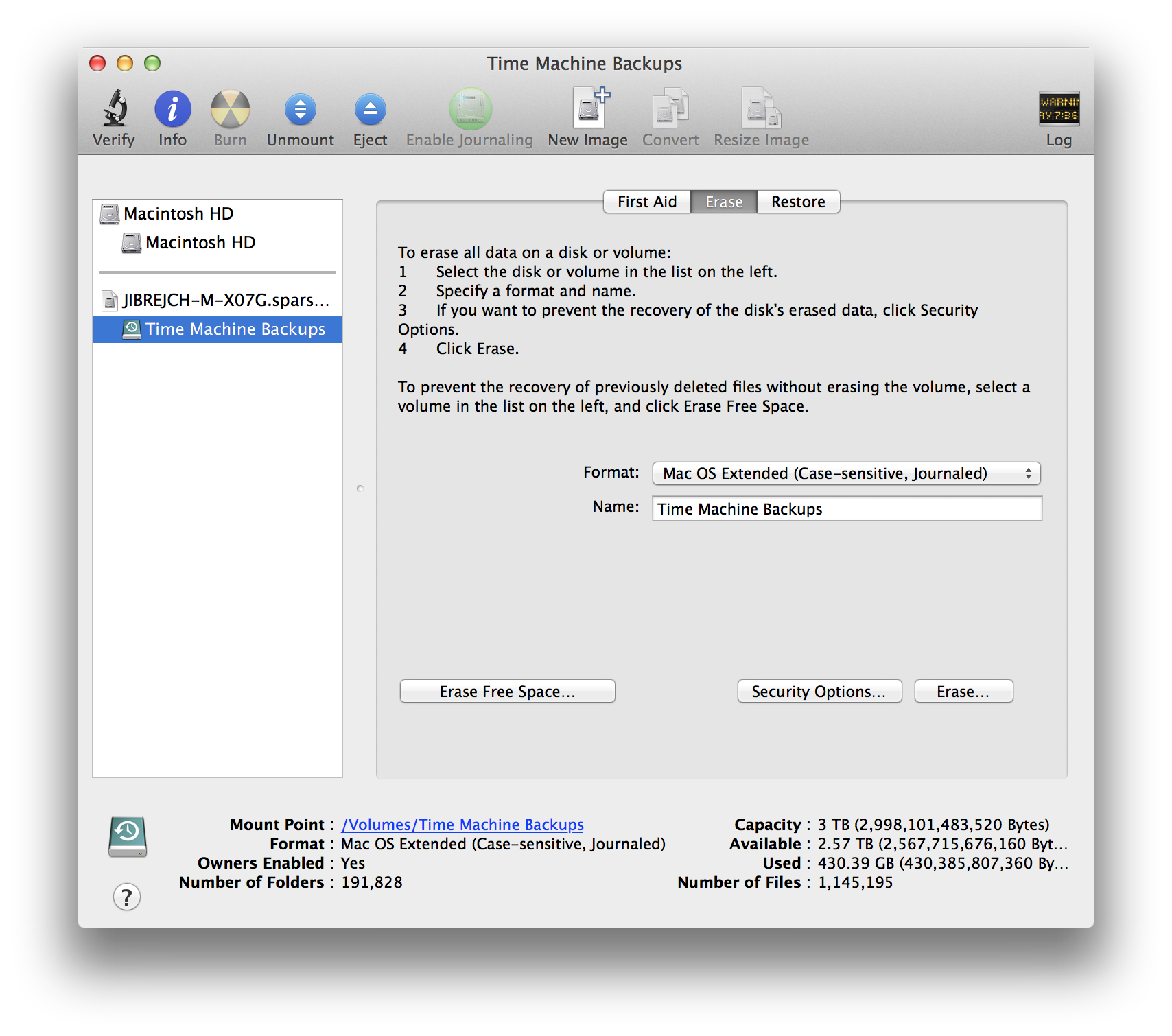 Your backups are being encrypted, as you can see in the second screenshot (2,57 TB of 3 TB available, encrypted).

Time Capsule doesn't encrypt the whole drive, instead it creates an encrypted .sparsebundle file, which contains the computer's Time Machine backups. One of these files is created for each computer you back up.

If the whole drive was encrypted, then all backups would have to be made with the same key, which would not be very secure.

Not the answer you're looking for? Browse other questions tagged time-machine time-capsule encryption .