I have have a MacBook pro late 2010 (now 4 years old), I use it everyday and there's a graphical issue where letters in the browser become blurry and broken, some kind of weird glitch happens all the time.

Whenever I scroll on a page or write content in an input, using google chrome letters become like this (click on the picture so you understand what happens). 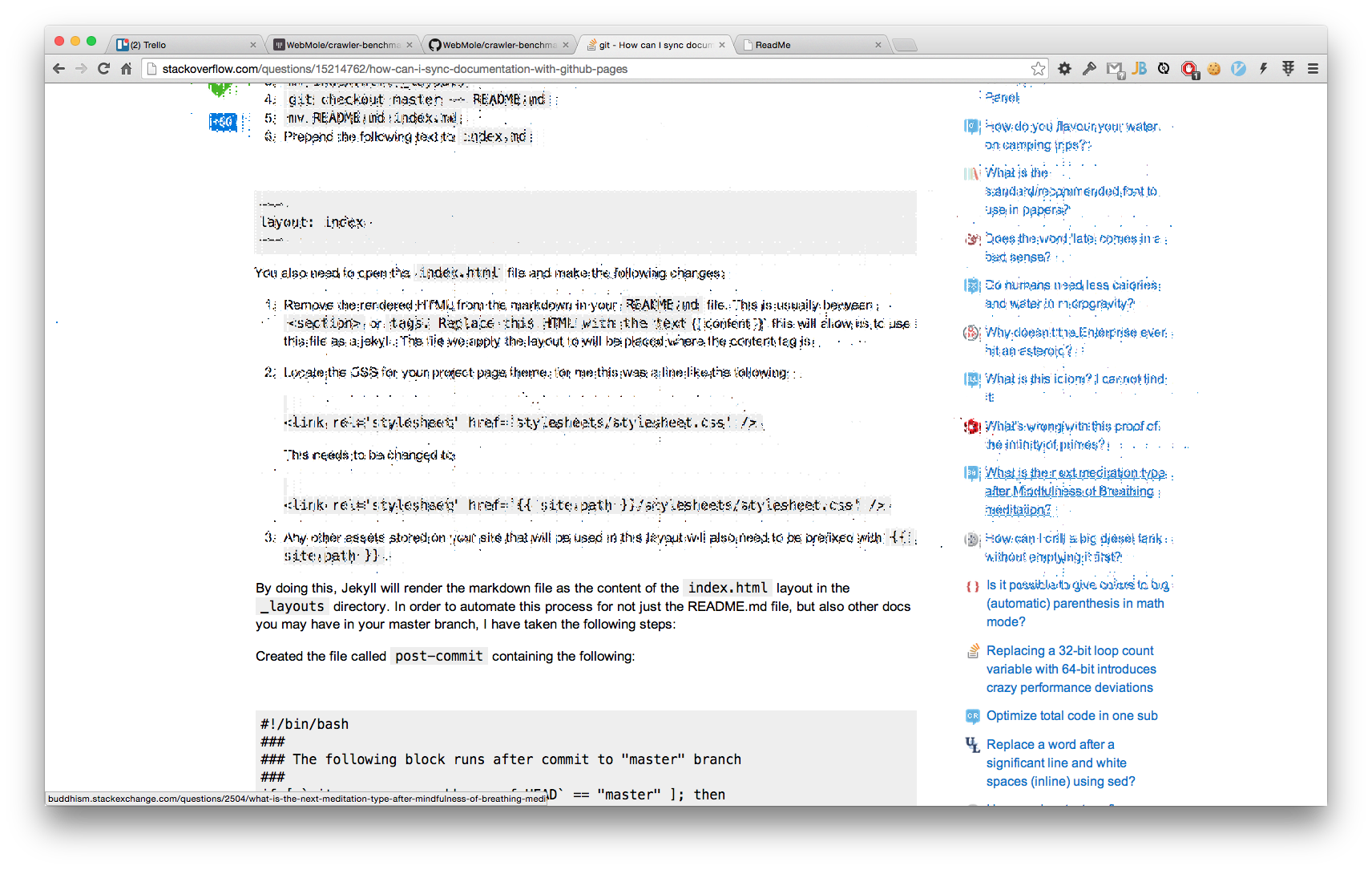 This is very disturbing when reading.

They work a bit better

I have tried on Opera browser and on Safari and this doesn't happen (at least, did not happen as often as chrome). I used firefox for a while now, went better, but Playing videos on firefox does the glitch too. I switched to Firefox Developer Edition and can't tell when was the last time I experienced an issue (see end of question and answers, may help too).

Nope. I created a new chrome user (with no plugin installed), still does that flickering.

Trying other versions of Chrome

Nope. Thought it worked fine, used it for 30 minutes, does the same again. 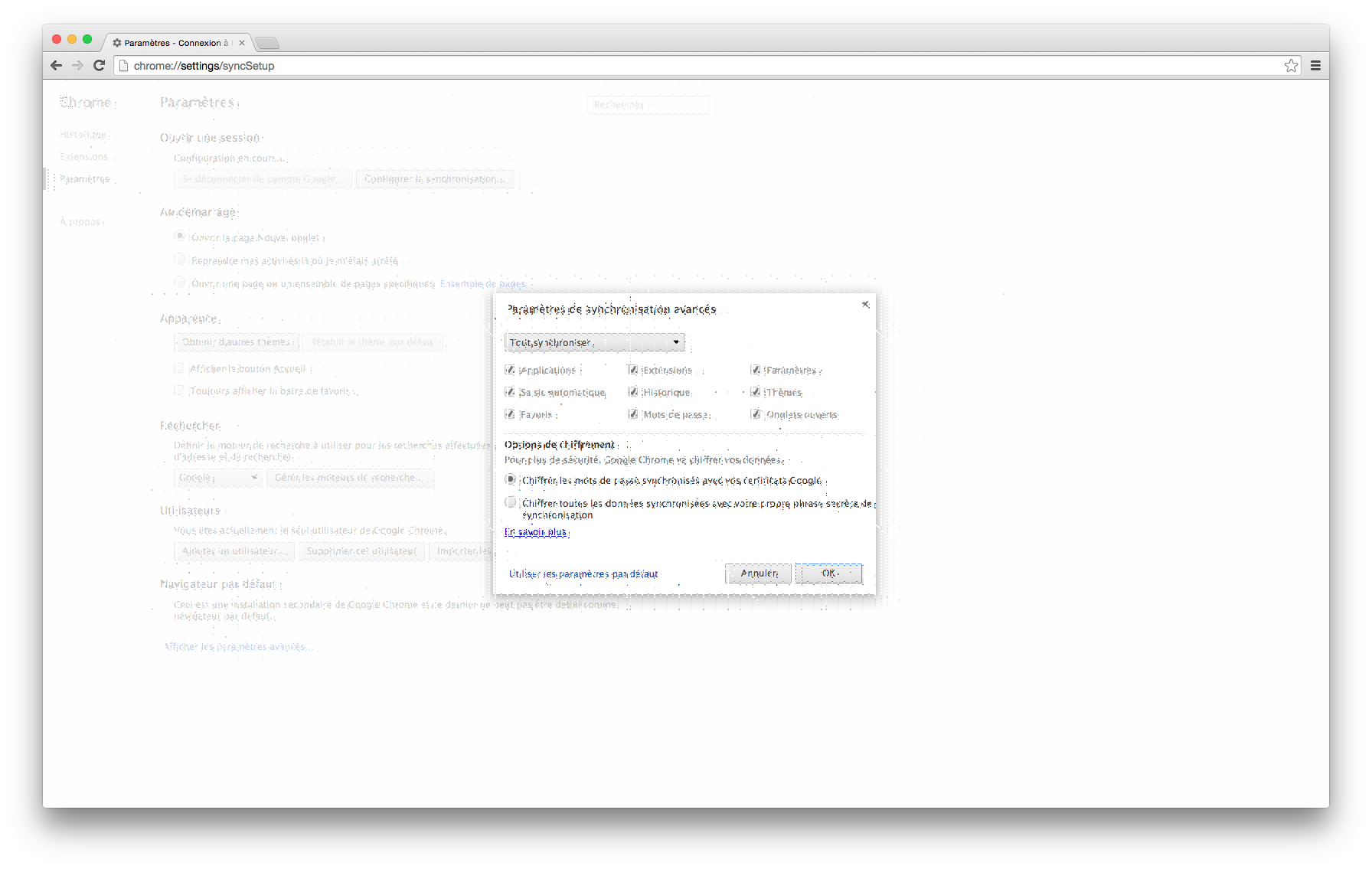 I am currently running Yosemite but it's been doing this for a long time.

Things that seemed to help

These are taken from the answers below (thanks!), read them for details

I have experienced the same glitch.

This seems to be the problem reported here: https://code.google.com/p/chromium/issues/detail?id=359108

They claim it's an issue with Mavericks, GPU-accelerated graphics, and the NVIDIA GeForce GT 330M. I also have a mid-2010 Macbook Pro with the same graphics chip

This glitch started happening on mine after I upgraded to Mavericks. Also my Macbook started rebooting spontaneously every couple of weeks, with kernel panic messages about the GPU.

The suggested workaround is to go into Chrome's advanced settings, and disable the checkbox for "Use hardware acceleration when available" (second from the bottom). Then restart Chrome.

I just tried that myself, so I can't report that it works reliably yet.

It may the same kind of problem (and fixed by the same solution) I had around mid 2012 with my mid 2010 17" MacBookPro which has the NVIDIA GeForce GT 330M discrete graphics card.

The problem is described here, along with a command that seemed to fix the issue: Interference on external VGA monitor (intermittent ripple) only when booted into MacOS X but OK on Windows Bootcamp, why? and how to fix?

Since upgrading to Yosemite on my mid 2010 MacBookPro, the problem has come back just recently. So I have repeated the solution, assuming that the upgrade to Yosemite had undone the setting.

I'll let you know how it goes with re-applying the solution. I hope it works for you.

Some have reported that gfxCardStatus fixes the problem to select only one card and disable switching.

fxCardStatus is an unobtrusive menu bar app for OS X that allows MacBook Pro users to see which apps are affecting their battery life by using the more power-hungry graphics.

Not the answer you're looking for? Browse other questions tagged macbook-pro google-chrome gpu .

3
Interference on external VGA monitor (intermittent ripple) only when booted into MacOS X but OK on Windows Bootcamp, why? and how to fix?
1
Does unsupported RAM effect display cards?

4
HDTV only detected when turned off (connected via DisplayPort to HDMI)
0
Which exact processor model do the macbook pros have?
2
Reviving white macbook (Early 2009)
0
Macbook Pro (Late 2010) slow after installing Mavericks
1
Why does my MBP mid retina 2012 run so slowly when using it's built in monitor?
1
Which version of OS X should I update my Mac to?
7
MacBook Pro freeze and goes off by kernel panic
0
Screen brightness keeps going to max