I'm in the process of replacing OS X's default 'Search with Google' context menu item (found when you right click on text in many apps like Terminal, Notes, or third party ones like the RSS reader ReadKit), with my own one that opens in Chrome as the default aforementioned one is a Safari service and hard-linked to open in Safari only.

So currently, my context menu (in ReadKit), looks like this: 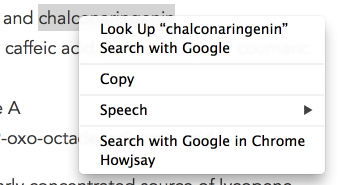 I want to be able to get rid of Safari's 'Search with Google' at the top so I don't accidentally use it instead of my own one down the bottom.

Now I realise the actual file / code for the service may be contained inside Safari.app or in ~/Library/Safari somewhere, (though I've had a quick look not finding anything that stands out in particular), but I'm thinking that if I could delete the service outright, it might cause instability, problems, or be re-added when Safari is updated next, anyway. (Though it would be an acceptable second best, if someone can figure out how to do it - without deleting or affecting Safari itself.)

As for the OS X services Preferences menu, it is already unticked, but still present in Terminal, Notes, ReadKit etc.: 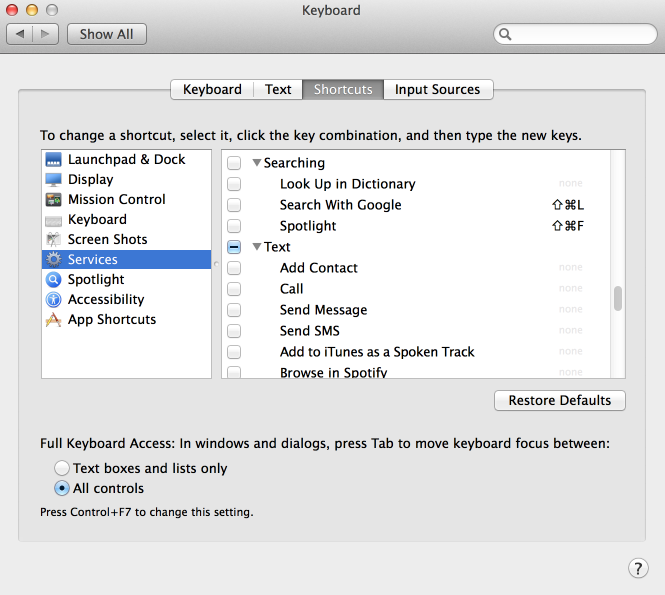 So is there a way I can actually remove it? Where in the system does OS X register / save 'Services', whether ones in OS X by default, third party apps, or ones added by the user in Automator? Maybe I can go there and 'remove' the one from Safari so it no longer shows in the context menus?

Or maybe there's some app that can tweak context menu items in general in OS X, including this Safari one I'm looking at? (I have already tried Services Manager which doesn't appear to change it, and as for Service Scrubber they say it may cause problems in OS X 10.6 or later so I have not tried it.)

(N.b., if there's a Terminal hack to just turn off the whole 'Searching' services section in the context menu outright, that would be acceptable for me as I don't use the 'Look up "x"' item [above 'Search with Google'] anyway.)

My own experience (on 10.9) is that the service uses the default search engine selected for the default browser, so right now my own "Search with…" says "Search DuckDuckGo for…" and will open in Firefox. 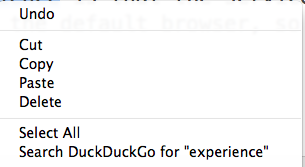 This doesn't answer your other questions, but it may mean you don't need to bother. I hope it helps. I've an old system running 10.6 so I'll give that a look when I get a chance and see if the same can be done there.

25
"Search in Google" always open Safari instead of default browser
6
How do I move a third-party application's menulet from one location to another in the menu bar?
5
How do I get the URL of a right-clicked link sent to an automator action?
0
Remove items from conextual menu?
7
How to create a service (shown in the context menu on the URL) in Safari?
0
How to remove text services?
4
How do I change the Services sub component to not use Safari web browser