How do I enable a British English voice in Google Maps turn-by-turn navigation on iOS?

I'm a UK iPhone user. Google Maps turn-by-turn navigation has always used a US English voice for me, even though both Siri and Apple Maps use a British English voice. I was surprised recently to hear British English directions in Google Maps on another user's phone. I've never been able to find a setting to change it, beyond checking my Siri settings, so assumed I was stuck with a US voice.

How do I configure Google Maps to use a British English voice and British variant words?

There are two steps involved:

That second one was difficult to find because the default option is English - as opposed to English (United States) which always prompts me to check for an English (United Kingdom) version - and the list is not in alphabetical order: British English and Australian English are both there but way down at the bottom. And weirdly, devices bought in the UK come with most settings defaulting to British but not this one.

You'll know if your device is set to British English because the Cellular option in Settings becomes Mobile.

NB: If your device already has these settings and you still get an American accent, try changing the device language to US English, then back to UK English. 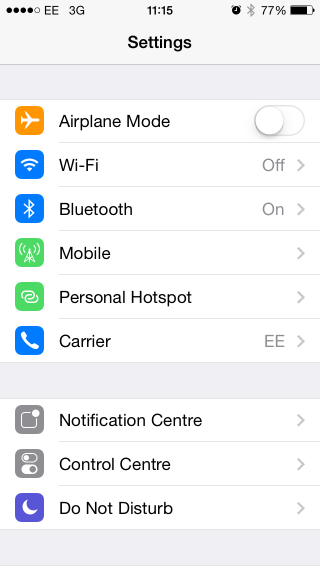 Not the answer you're looking for? Browse other questions tagged ios internationalization google-maps voiceover .

10
How to invoke navigation on Google maps using Siri?
20
How to change turn-by-turn navigation voice language in Google Maps for iPhone?
1
How can I use a different navigation app from within Maps?
0
Is there a way to force an update to Google Maps' offline maps on iOS?
1
Google Maps' “Nearby Transit” iOS widget doesn't work
1
Does Google Maps iOS have voice navigation
3
No sound when iOS screen off and using Google Maps navigation?
5
How do I display the speed limit on Google Maps in iOS?
6
Can I use Siri to remember a parking spot?