I'm a developer who mostly does web stuff in Ruby and C#, and I'd like to start tinkering with iOS and Mac development.

Over the last few month I've been trying to get fluent in one set of key bindings. I chose vi/vim because it just feels right.

I have the awesome ViEmu installed for Visual Studio on Windows which gives me a ton of the vim awesomeness side by side with Visual Studio power toys.

I know I could set up MacVim as the default editor but I'm not too interested in this as it means losing all of Xcode's Cocoa awareness.

The other option, of course, would be to go for the lowest common denominator and switch to emacs (as the Cocoa keybindings are based massively on emacs) but let's not think about that for too long.

There are XVim and xVim plugins for Xcode, they are made exactly for this.

You can also use KeyRemap4MacBook for this (from answer on stackoverflow and this blog): 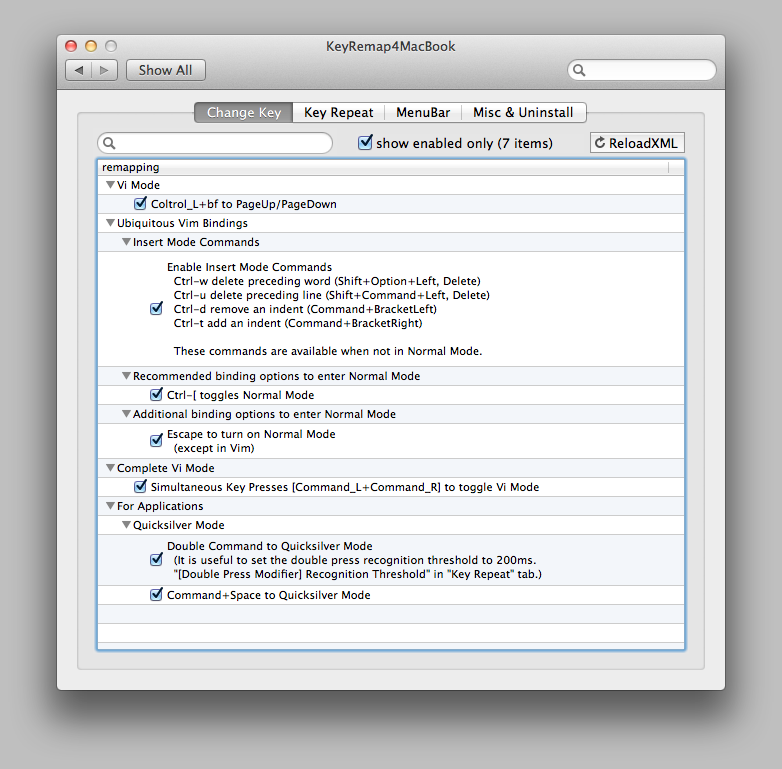 Not the answer you're looking for? Browse other questions tagged keyboard emacs xcode macvim .

7
Replaced /usr/bin/vim - now I get error messages
3
How do I jump to a topic in vim under Terminal for a French Keyboard
2
How to update PHP syntax file for vim?
5
where is ~/.vim folder? and how to install themes?
3
Sharing mac clipboard with vim inside terminal
7
Vim/Emacs keybinding for `Preview.app`
4
Where VIM keep its recordings?
4
Vim, MacVim, and Unicode
5
OSX vs Vim: a war for the Function keys
2
How to map CAPS LOCK key in Vim?