Will Apple EarPods functions work with an Android phone?

Will the Apple EarPods microphone and volume functionality work with Android phones?

The audio output will work fine with any Android phone with a 3.5 mm headphone jack. The audio input from the microphone on the EarPods will only work on compatible Android devices—this is not guaranteed. As far as I am aware, there are no Android devices which work with the remote controls on the wire.

As you have probably Goolged the answer and found that there are to many possible combinations, without knowing your specific Android model the generic answers is:

As already answered by George Garside, the audio output will work (you will be able to hear).

The extra functionality like Microphone input works on most HTC phones.

The earpods work on HTC phones (Android & Windows Phones). They do not work on Samsung & Nokia phones. The headset works on any device with a 3.5mm jack, but the mic only works on HTC phones. There may be an exception.

The Start/Stop playing does not work on most phones, but it has been reported that using a Application called Meridian player and Droid phone it kindoff works.

So why is that and what can you do about it.

Just give you some background: From the outside the plugs look very much alike, but inside the engineers have decided (for unknown reasons) to switch functions for microphone). 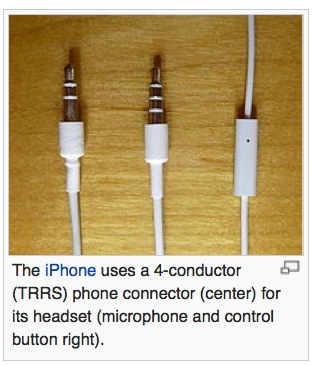 So what can you do about that: you would need an adapter(bridge) to connect the 2 worlds of engineering.

seems everything works with galaxy s4.. and galaxy tab 4

Microphone and start/stop works on my galaxy core 2. Ut the volume remote does not.

I just migrated from iPhone 4S to Samsung Galaxy Note 2 (Cyanogen Mod 12.1), and I can confirm the following:

Not the answer you're looking for? Browse other questions tagged ear-phones .

0
How can I use EarPods with a dumb phone

0
Using earpods from iphone5 with iphone 3g
4
Can Apple's Earpods Be Used With Any Smartphone?
2
It's possible to forward/reverse a track with Apple EarPods remote?
1
Use Built-In Microphone as Input and EarPods as Output
0
Using Earpods on PC with TRRS to 2xTRS splitter
0
Can I find a driver or something to make the EarPod buttons work on Windows 10?
3
Earpods doesn't work on iPhone7
4
What kind of 3.5mm extension cables are compatible with Apple EarPods?
1
Are old Apple Earpods capable of providing balanced audio (as defined below)?