I have recently bought a Logitech M510 as my main mouse switching over from a magic mouse. I didn't realize missing horizontal scrolling would be such an issue, but apparently it is.

Now a mac does support horizontal scrolling by holding shift + scrolling, this is however amazingly slow.

I have the Logitech Control Center installed, which offers a few extra options, but nothing regarding the horizontal scroll speed. The scrolling speed options offered there only affect vertical scrolling. 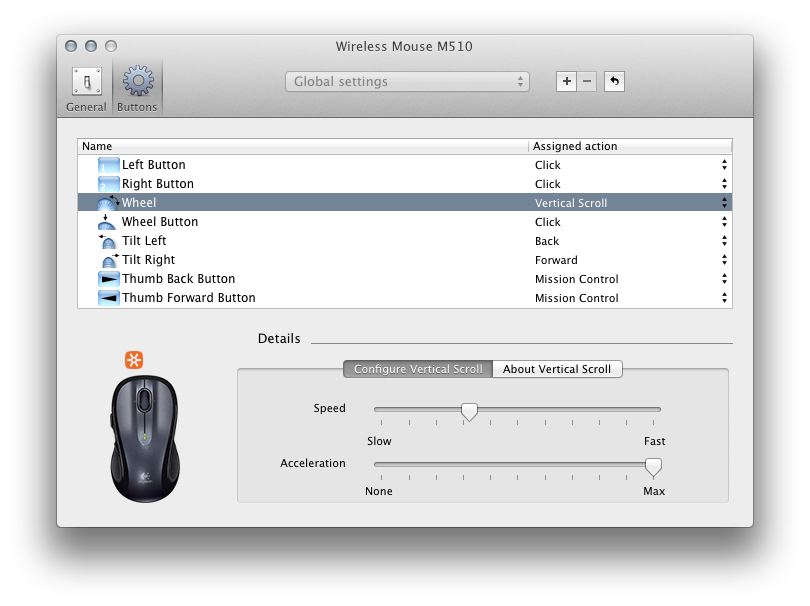 Can the vertical speed be one setting and the horizontal speed another?

You can make the horizontal scroll speed faster and independent by overriding the native ⇧+scroll function with SteerMouse's feature to define a custom relationship between inputs, scroll speed, and direction. You can even assign a scroll speed acceleration value if you want to combine slower and faster scroll speeds for enhanced precision.

Here's how to set it up: 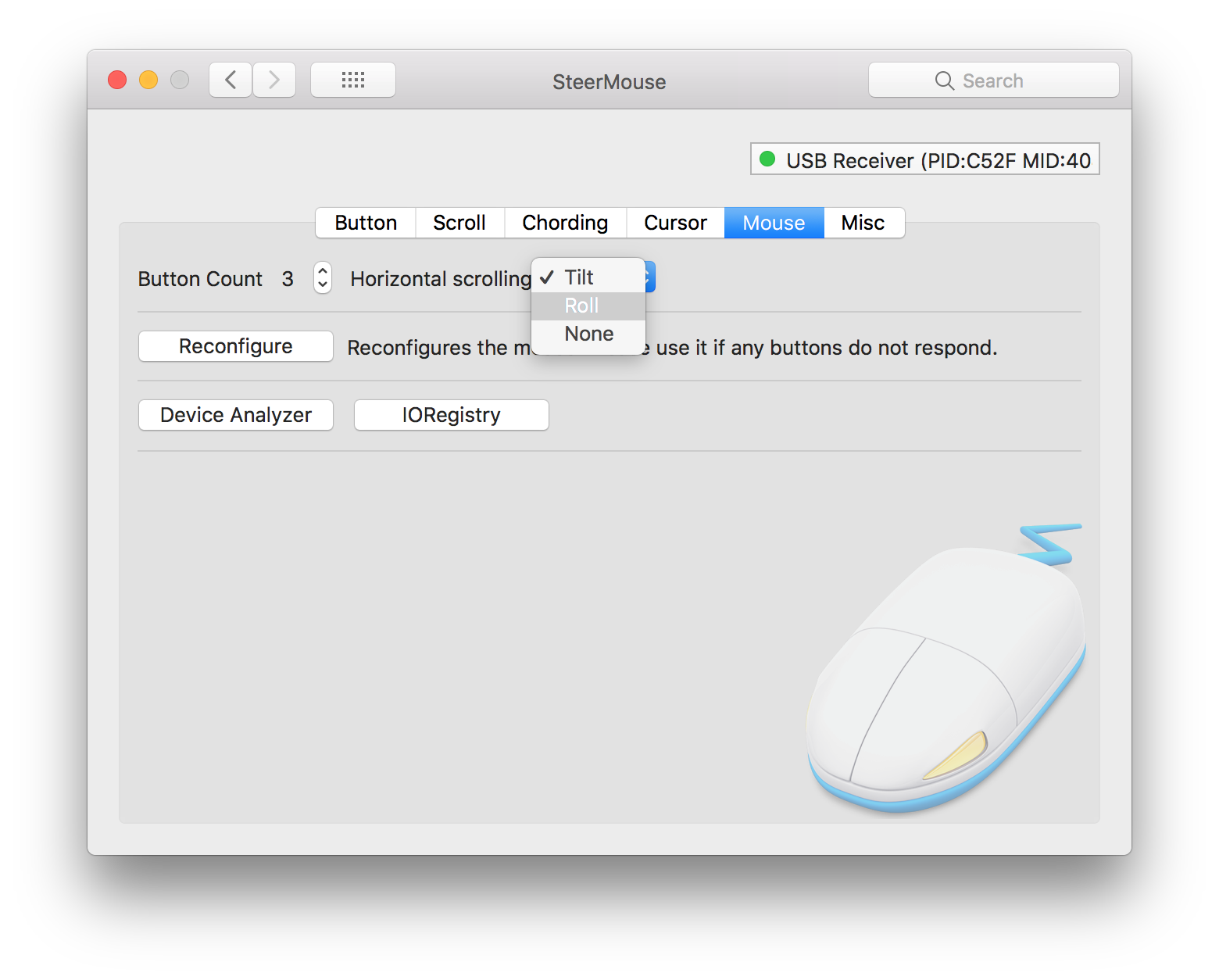 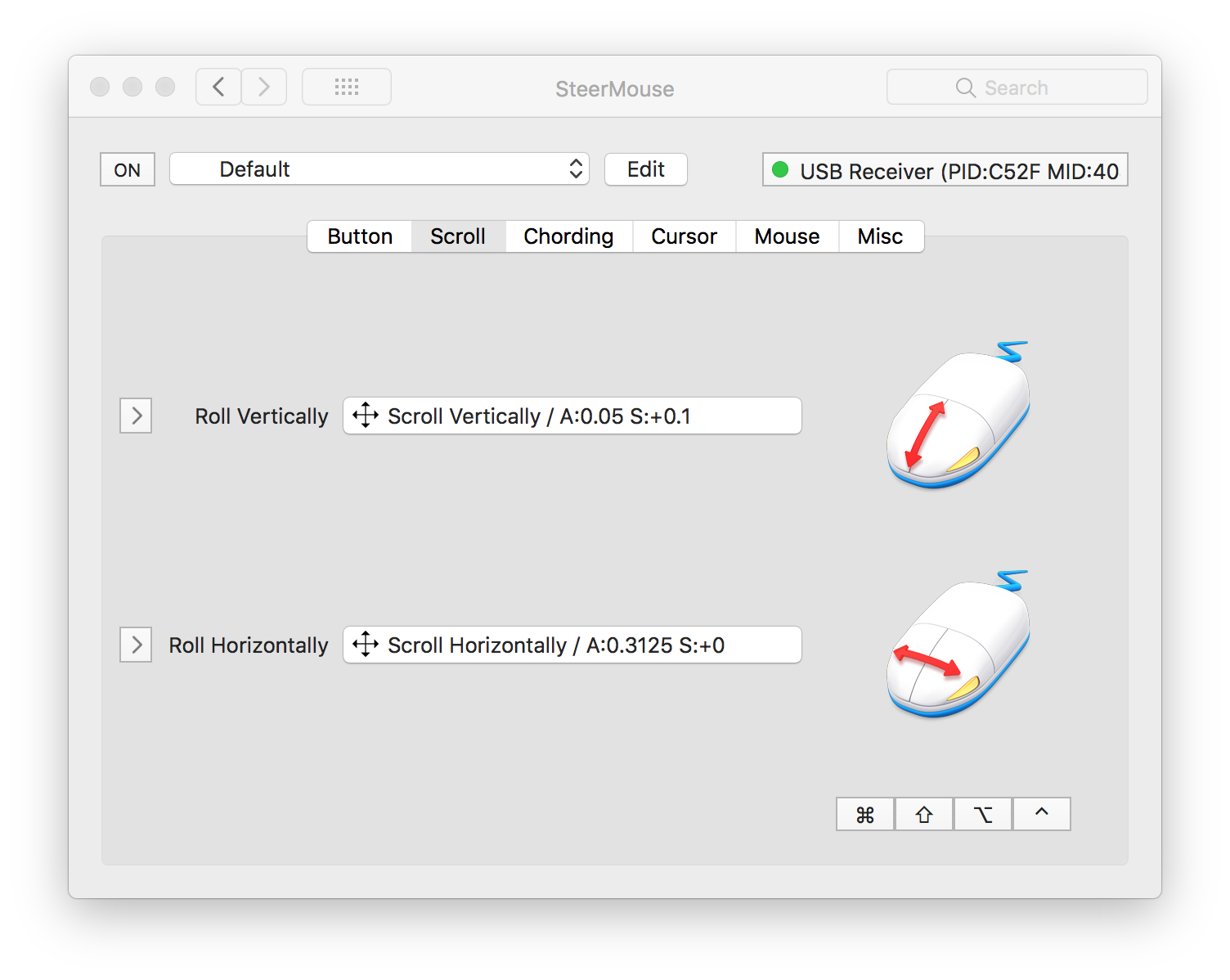 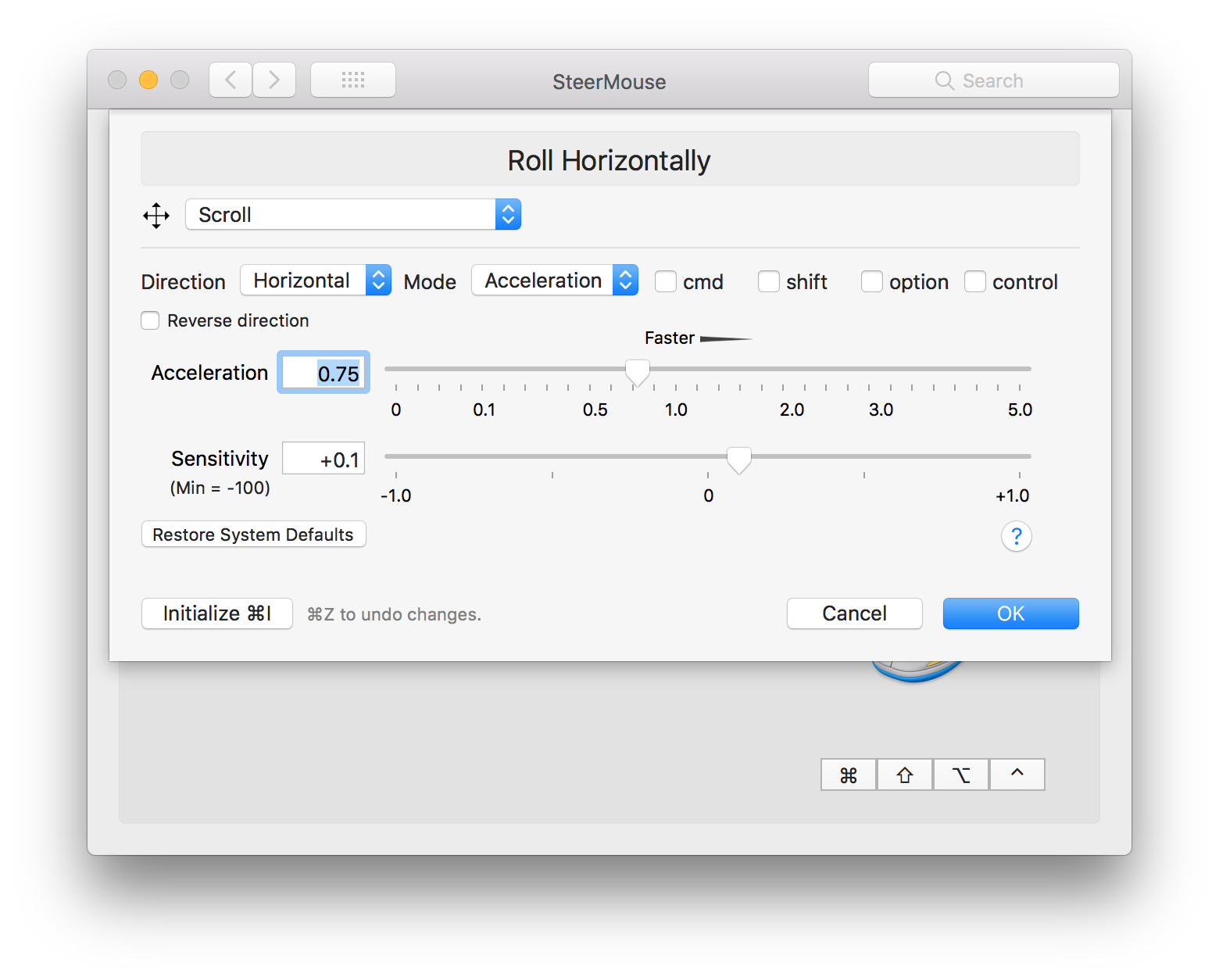 I think Logitech has updated their mouse scroll settings since this answer was asked, and now their settings allow you to adjust horizontal scroll speed. Yay!

I recently (April 2020) bought a Logitech M705 mouse, and once you plug its little usb receiver into your computer for the first time you've got the option to install the "Logi Options" app, which contains a bunch of adjustable settings for your Logitech devices. 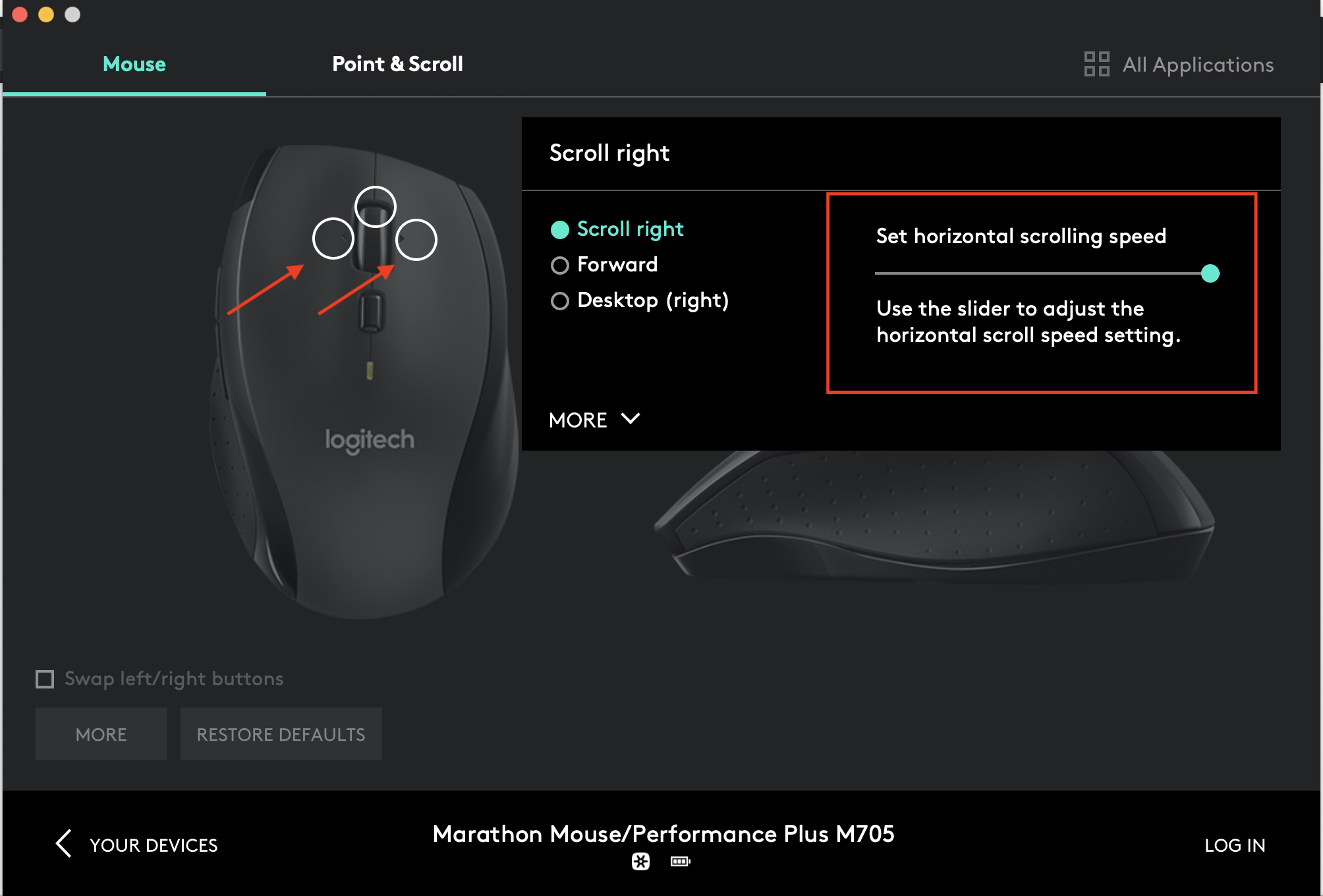 have you tried increasing the speed in Accessibility options? 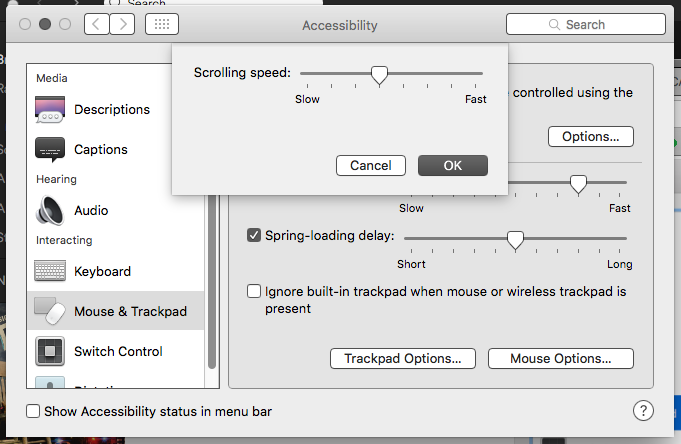 Not the answer you're looking for? Browse other questions tagged macos mouse scrolling .