So it has been well documented that GUI applications (like gedit or textedit) should NOT be run with sudo. Ubuntu et al get gksu and gksudo (and the like) so question: what do WE (Mac users) get? Given that the Darwin kernel is built on some *BSD code, I assume the same issues apply, but how do we go around this?

If you have to do this on the regular basis, you can add this snippet to your ~/.bash_profile

Apps running with root privileges will use /private/var/root as home folder, thus all config and temporary files owned by root that will be created in the process will stay where they should be - in the root home directory.
This is the same as logging in as root and running the app, but without the hassle of user switching.

Update: Apple's own TextEdit refuses to start if run as root in 10.11 and newer, so I changed my example to use Sublime Text instead

While is it possible to launch a graphical application as the root user, it is not recommended. It may work, most of the time, but avoid relying on this behaviour.

Running an application as root is not recommended because it dramatically increases the risk of causing problems with your Mac. The use of root should be limited to the smallest possible piece of code with strict controls in-place.

Applications are increasingly moving towards a fragmented design to avoid exposing too much power to code that does not require it.

There are edge cases but these are increasingly rare. The introduction of sandboxing and XPC are part of Apple's efforts to reduce the need to provide excessive authority to processes running on OS X.

If you need to work with files as root user, use command line tools such as vim, emacs, or nano. These tools do not rely on the WindowServer and can happily be launched as root within another user session:

If you prefer graphical editors, use an editor that works with the design of Mac OS X. BBEdit is an excellent editor that will correctly handle editing root owned files.

When you edit a root owned file with BBEdit, a second process is used to bridge the permissions gap between you and the owner of the file. This process passes through Apple's sanctioned paths and thus ensures a predictable experience - hopefully across multiple major versions of Mac OS X.

Why? WindowServer Limits and Design Scope

There are subtle technical problems with launching a graphical application within another user session.

The underlying technical problems stem from one user wanting to launch a graphical process within another user's session. Mac OS X's WindowServer was never designed with this as a goal. User sessions are extremely difficult to break out of even as root user – all for desirable security reasons.

Apple has dramatically improved the WindowServer design in the last few major versions of Mac OS X. It is now possible to have multiple users logged into different graphical sessions on one Mac through Screen Sharing. This seemingly simple improvement relied on a huge amount of behind the scenes effort from Apple's engineers.

However, Apple is unlikely to provide an easy way to cross launch applications as different users from within a single graphical user session. How would this benefit their customers?

If you want to explore this topic further, look for questions involving launchctl and running applications in other active user sessions.

There are good reasons NOT to edit files as root. Why not just copy them to a temporary file, edit this and copy back.

You could use visudo although this requires some knowledge of vi, but is OK for making simple changes to /etc/fstab or similar.

You could try setting the EDITOR environment variable and running visudo although I have never tried this with a graphic editor.

I got a permissions error message 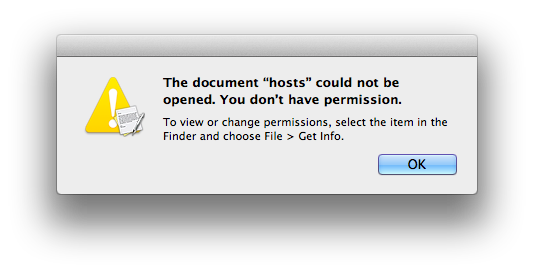 Since sudoing the binary first, then double-clicking the file in Finder worked, I came up with the following less simple command

You can make a function of it like Sergei's, if need be.

Not the answer you're looking for? Browse other questions tagged ui sudo darwin .

2
How do I run BeyondCompare in X11 as root?
1
How do I run an interactive GUI application in pre-login environment?
1
How do I schedule a root command to run at intervals?
3
How to specify command to always run as root?
0
Cannot Run GUI AppleScripts
2
Grant non-admin sudo privilege, but with `~` being his own home~
3
macOS emacs in the terminal (no GUI)
3
Closing Terminal window does not kill script run with sudo
2
When do processes run under root by default?