What is the icon on the desktop after I install an application?

I am very very new to Mac. Here is my question:

I have downloaded VLC player and then I clicked on the dmg file. I moved the VLC icon to Applications folder in the opening window.

Now when I start Spotlight and type VLC I can open the app which is great. But there is also an icon on the desktop. What is this?

It looks like a hard drive icon but I am not sure. When I right click on it I see:

Anyway what is this file? Is it like a Windows shortcut? Is it the file I downloaded in the first place? (But it was downloaded do "Downloads" folder)

A disk image is a mountable image of any volume. Disk images can be images of physical volumes or virtual disks. Like a zip, dmg disk images can be compressed (and usuall are, especially internet ready disk images such as the disk images used to install software from the internet) or can be read/write like an actual disk. They are mounted in the same mount point as physical disks, but are virtual. When unmounting, the disk is ejected and the mount point deleted like a physical disk. As the disk image is a disk, it will be shown on the desktop if you have the relevant option selected in Finder preferences: 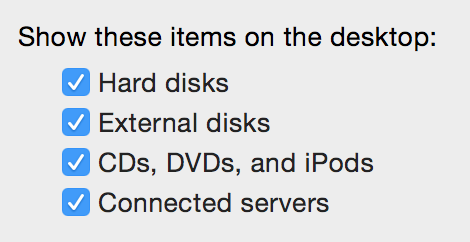 Copy the app to your /Applications folder (or wherever else you desire) then eject the disk image by right-clicking and selecting Eject (or through Finder). The mounted disk image is the .dmg that you downloaded, therefore can be deleted by deleting this disk image after unmounting.

Not the answer you're looking for? Browse other questions tagged macos applications desktop .

8
Cannot empty trash after deleting .dmg
0
how do I launch firefox after installing it?
0
Problem moving application from DMG file
7
Why is VLC verified every time I open a file that is supposed to open with it?
0
Mac file download behaviour
4
How to force files saved to the system's Downloads folder to be stored on an external drive?
0
Possibility of viruses from opening dmg file?
1
How to 'Open With' in downloads dock flyout
1
Weird files on my Desktop after installing programs