I'm trying to install Jekyll, a simple, blog-aware, static site generator. When I attempted to run the terminal command gem install jekyll, I got this error: 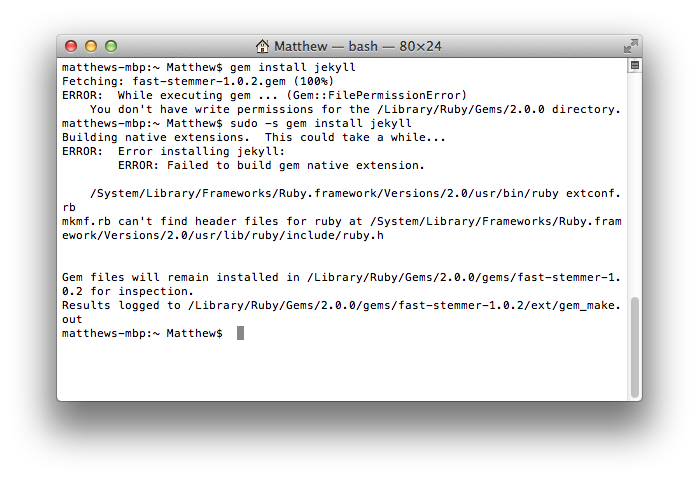 I then tried to update my RubyGems, using the command sudo gem update --system. That didn't work. Hopefully, I don't have to re-install Ruby. What a headache that would be!

If you need to update or re-install Ruby, consider using an isolated edition via brew.

0
Installing ruby 1.9 on Mac OS X 10.7
0
bash- command not fount error
2
How to install ruby gems without sudo
4
I'm Getting Errors When I Try to do 'brew update'
1
rbenv global version of ruby vs Sierra ruby version
5
M1 Mac Kernel Panic on reboot: no checkins from watchdogd