Looking for a text editor with specific syntax highlighting features

I'm a pc guy, but I have a programming student who's got a mac. We have been using TextMate, but there are a few features missing that I either can't find, or that are not available in TextMate.

In my beloved Notepad++ I have the following features:

Textmate's handling of brackets and quotations rocks: it adds the matching pair for you, but wont advance the cursor, so if it's in your muscle memory to do them at the same time, it won't waste your time. and you can highlight a word and hit quotes or brackets, and it'll wrap the word in brackets. So those would be a bonus, but it's nothing I miss when using Notepad++, however the combination of lacking the above is frustrating. 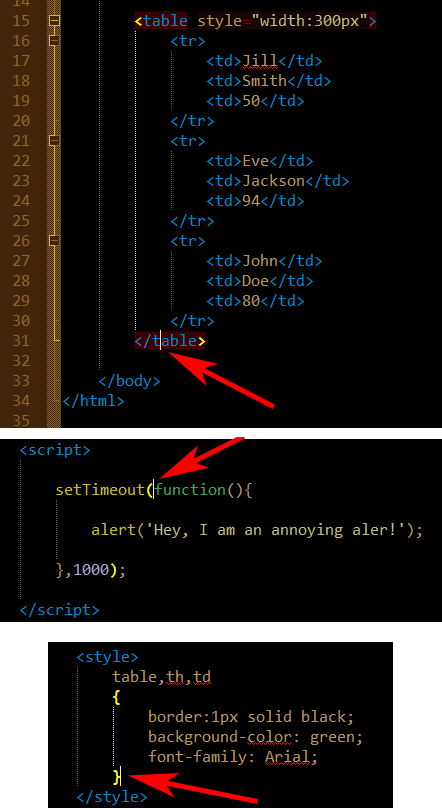 Does anybody know a free program for Mac with these features?

And while you are at it, could you please point out how to activate and use these features? For example I know TextMate has a way to indent, but the key combination it gives you makes no sense to me...

Thanks for any suggestions!

There are some things worth paying for in life and a solid text editor is, in my opinion, one of them. If it's the tool you use every day, what's a few dollars to ensure that tool is high quality? For me, that editor worth paying for is Sublime Text. I'm still on 2, but 3 is a pretty stable beta and can be had for free for the time being. Both 2 and, when it leaves beta, 3 can be "evaluated" indefinitely if the price and paying for quality software really turns you off.

The upside to Sublime is it has a long and illustrious with a great community behind it. It has an awesome package management system in Package Control that lets you add a ton of features very quickly and easily.

to your preferences file.

The BracketHighligher extension does this and more. There's a snazzy screen shot on its Package Control page that shows off all the ways it can highlight things out of the box.

You can find my Sublime preferences file here which has most of things you desire enabled in it already.

Sublime calls this Multiple Selection. Select a word and then press Ctrl+Command+G or Cmd-D to select all occurrences of the word in the file. Typing will replace all occurrences simultaneously. You can do a lot more than that with Sublime. See the aforementioned page for other multiple selection ninja moves you can do.

It's Command-/ in Sublime to toggle comments which is easier to remember than an 'add comment' and a separate 'remove comment' action if you ask me. If you don't like the short cut you can reassign key bindings freely in Sublime to map the actions to a preferred combination.

That works exactly how you want: select the lines, TAB to indent, Shift-TAB to un-indent.

It's just Shift-TAB in Sublime.

You can override Sublime's language guess using the View > Syntax... menu. Pick the language you want it to be instead of the one Sublime guessed. Sublime's guessing is much better than TextMate's though IMO.

Absolutely -- they're called Snippets in Sublime's parlance. It ships with a bunch of defaults for some common languages like CSS, HTML, Ruby and Python that are useful. You can add your own snippets and you can find more language support and snippets in Package Control.

Atom is the new kid on the block. Completely free and open source, it's a text editor that started out as a closed-source project at GitHub but is now being extended by folks around the world. It has grown in popularity and capabilities very quickly. It's still a bit young so it's changing rapidly and there are some rough edges, but it's showing a lot of promise and you sure can't beat the speed at which issues get addressed in the project when they do arise.

They borrowed a lot from TextMate and Sublime so it would feel familiar to people -- both of those editors were and are very popular with OS X-based developers. Smart to start on the shoulders of giants and try standing from there, right?

Here is a great comparison between Atom and Sublime Text.

Yes. In the Core Settings preferences window, scroll to the bottom and check Show Indent Guide to see guides.

It has the atom/bracket-matcher plugin that ships with it by default.

Yes. Highlight a word or phrase and press Cmd-D and it will select all instances of that pattern in the file.

It's Command-/ in Atom to toggle comments which is easier to remember than an 'add comment' and a separate 'remove comment' action if you ask me. If you don't like the short cut you can reassign key bindings freely in Atom to map the actions to a preferred combination.

That works exactly how you want: select the lines, TAB to indent, Shift-TAB to unindent.

It's just Shift-TAB in Atom.

Press Ctrl-Shift-l to opent the file type selector and reassign the language or file type for a specific file.

I'm sorry. I'm not sure how you do this and I can't find any great documentation on it. Maybe someone can annotate the answer? I'd be surprised if Atom couldn't do this.

TextMate's controls are configurable, and they're dependent on separate macro "bundles" for the currently active language, but the standards are:

At the bottom of the TextMate screen you should have a footer that tells you the current line and column, the current language (so if it's mistaken about the language, fix it there), how tabs are configured, and so on.

I believe a .css bundle comes pre-installed, so I'm not sure why it wouldn't auto-identify .css.

sublime text should suit most of your needs, also it has tons of plugins that you can use to customize it.

Not the answer you're looking for? Browse other questions tagged software-recommendation development software text-editor .