How to use CapsLock as modifier key without consuming Alt+Shift keybinding?

I want to use CapsLock as a modifier key to type symbols like ({\})= using the alphabetical keys in the keyboard.

To do this, I mapped CapsLock to Option+Shift using Keyremap4Macbook following the instructions in "A Useful Capslock Key".

Note that, before that I mapped CapsLock to key code 80 in PcKeyboardHack which is key code of F19.

Then I mapped key combinations of CapsLock + alphabetical characters to symbols such as =\})( using Ukelele.

So far, everything works properly except that there is a side effect of this setup: I cannot use Alt+Shift modifier for any other key binding. This is pretty restrictive compromise.

I wonder if this problem can be solved somehow? I think there might be two alternative paths to look for solution:

Are these solutions possible to implement?

Got this all from more recent Brett Terpstra posts, so full credit to him.

Using Karabiner Elements and BetterTouchTool, you can create a "Hyper" key mapped to control-option-shift-command (which probably won't be used by any apps as a default modifier). Then you can use BetterTouchTool to maps Cap Locks + "a" to type "=". Typing "a" by itself still gets the letter "a". You can also set it up that tapping Cap Locks alone functions as the escape key or even as standard Caps Lock.

Rather than reposting Brett's code here, I'll link to the post: A Hyper Key with Karabiner Elements, full instructions.

Some screenshots to help guide you along: 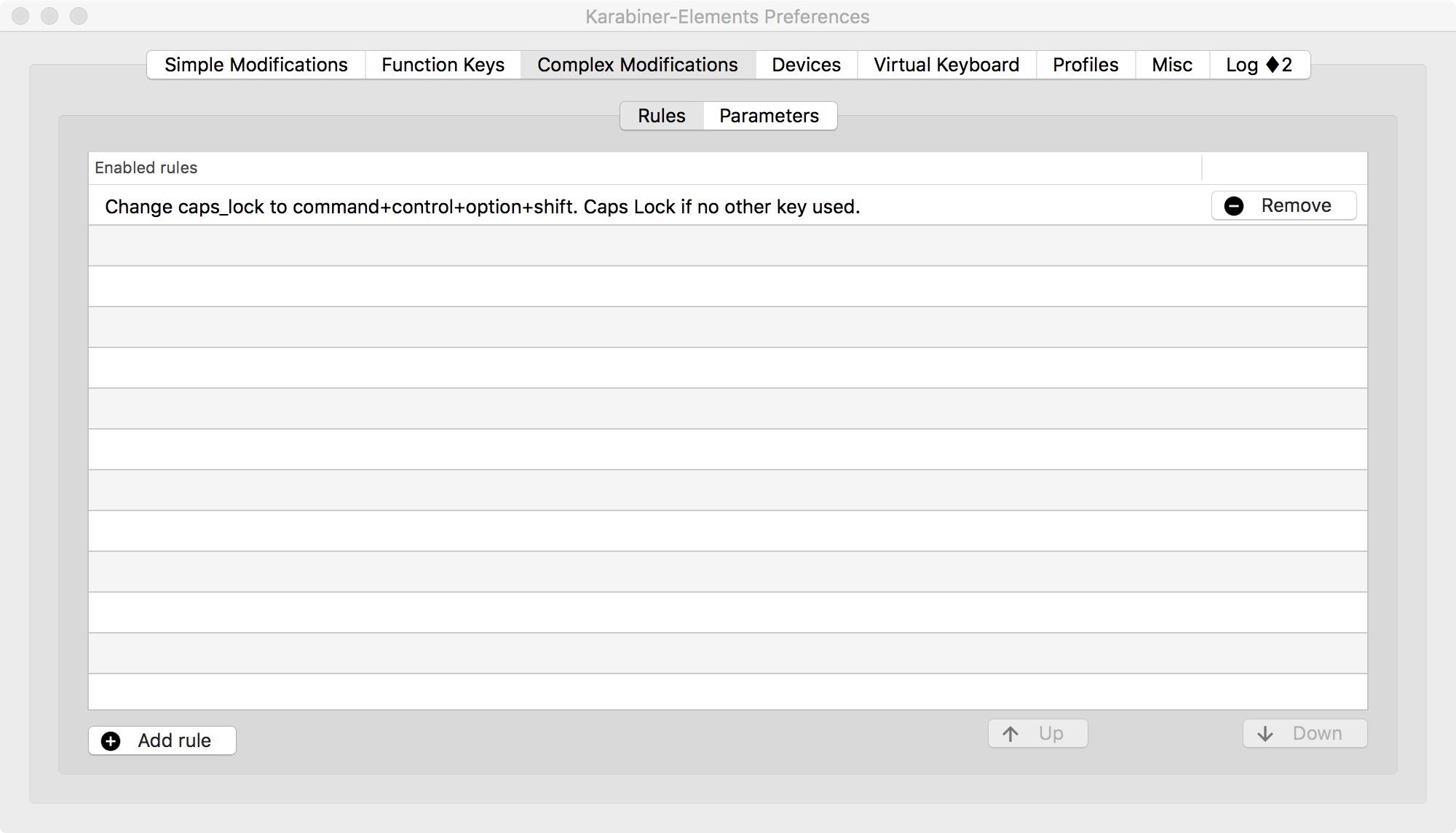 After adding Brett's code to karabiner.json, the Complex Modifications pane will look like so. No need to do anything else here. 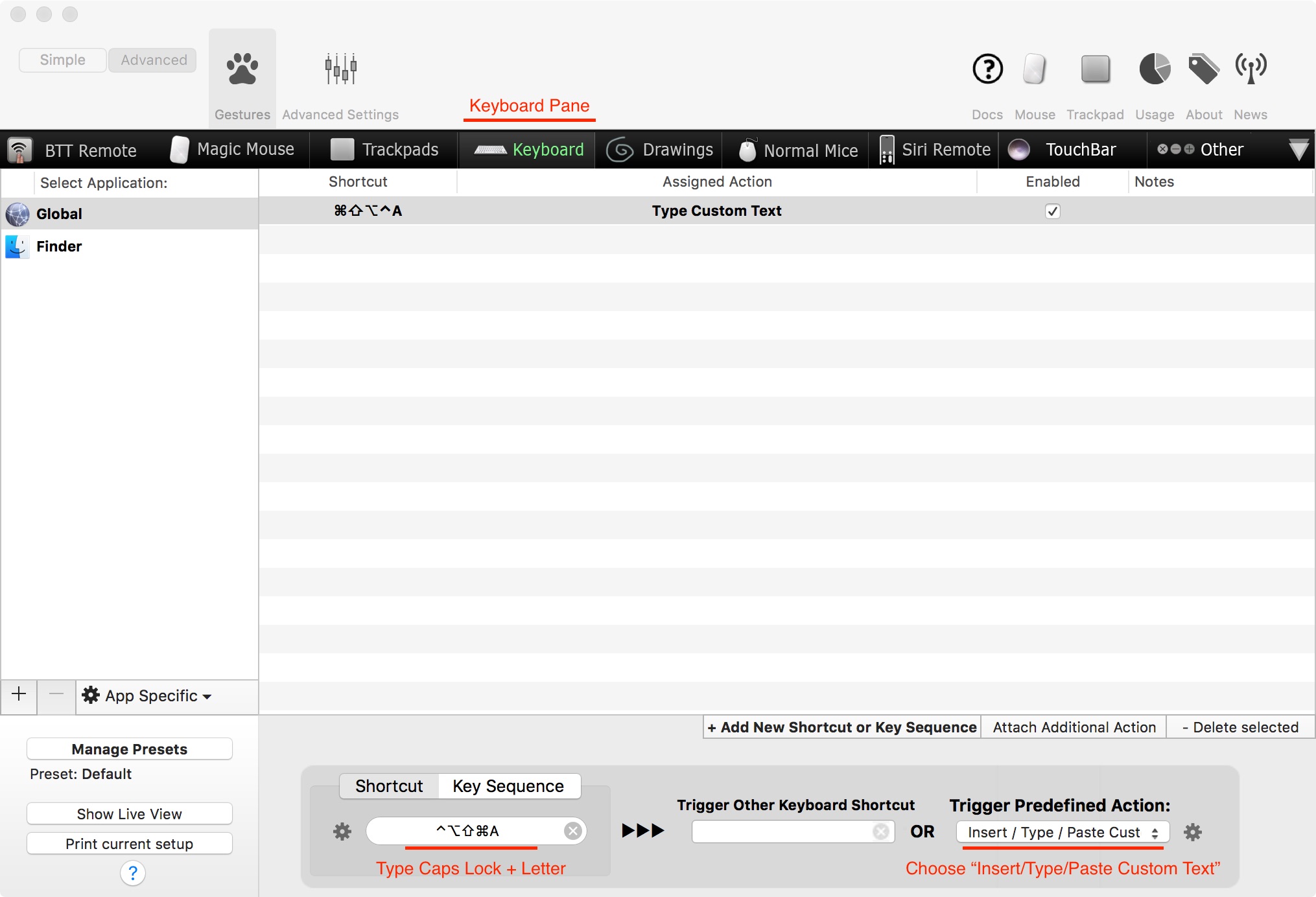 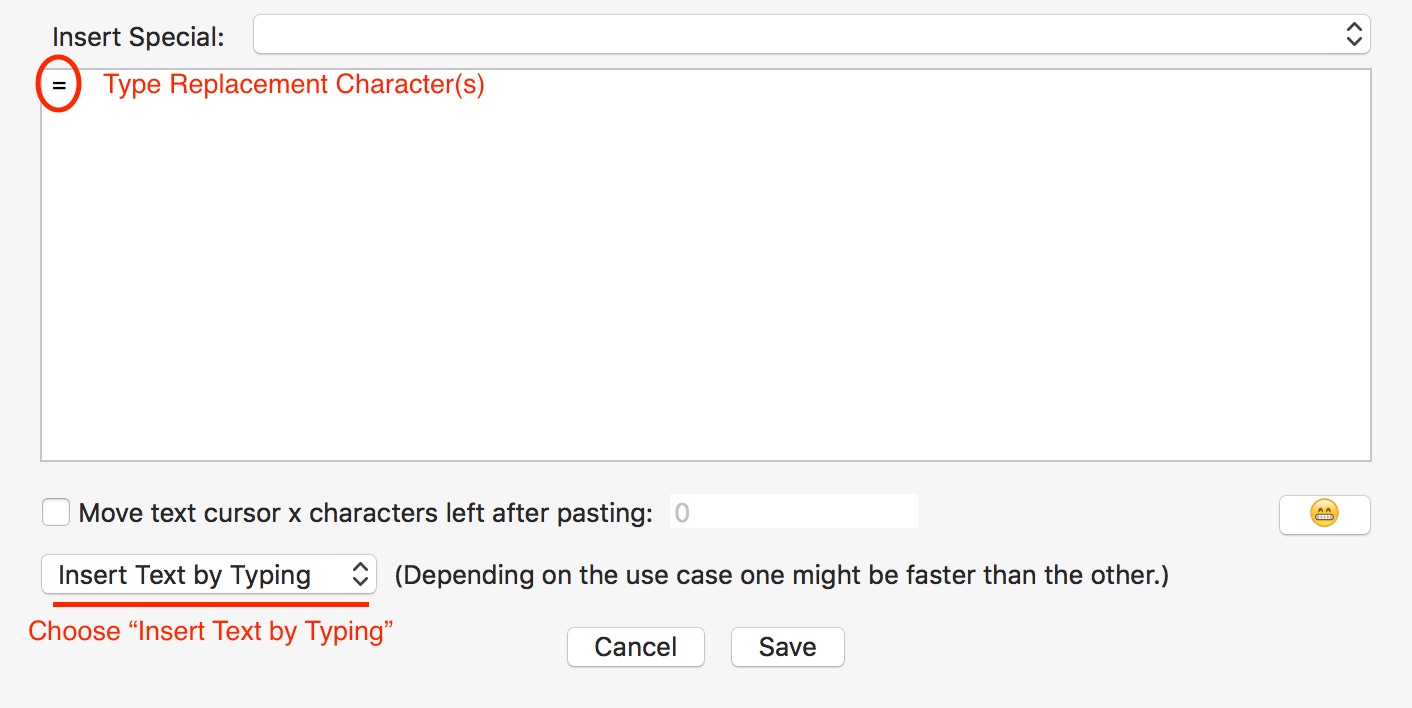 In the Insert/Type/Paste Custom Text sheet, type the character(s) you want and choose "Insert Text by Typing".

Not the answer you're looking for? Browse other questions tagged keyboard keybindings .