iMac will not boot

An office iMac will not boot - it sits at the gray startup screen with the progress circle spinning continuously. I have tried:

Resetting the SMC (can't tell whether it worked, but same result)

Booting with alt (Can select Macintosh HD, so that works, but still stuck following that)

Is this certainly a hardware issue at this point, or are there more steps I can take to diagnose and deal with the problem myself? The computer contains valuable scientific data, though much of it is backed up externally.

I am unsure as to the specific model and operating system of the machine, as I'm somewhat unfamiliar with it. I believe it's running either 10.5 or 10.6.

Attached is an image of the screen after being booted in Verbose mode. Apologies for the quality and for the copious amount of Vs I added before realizing I could let go of command-V. 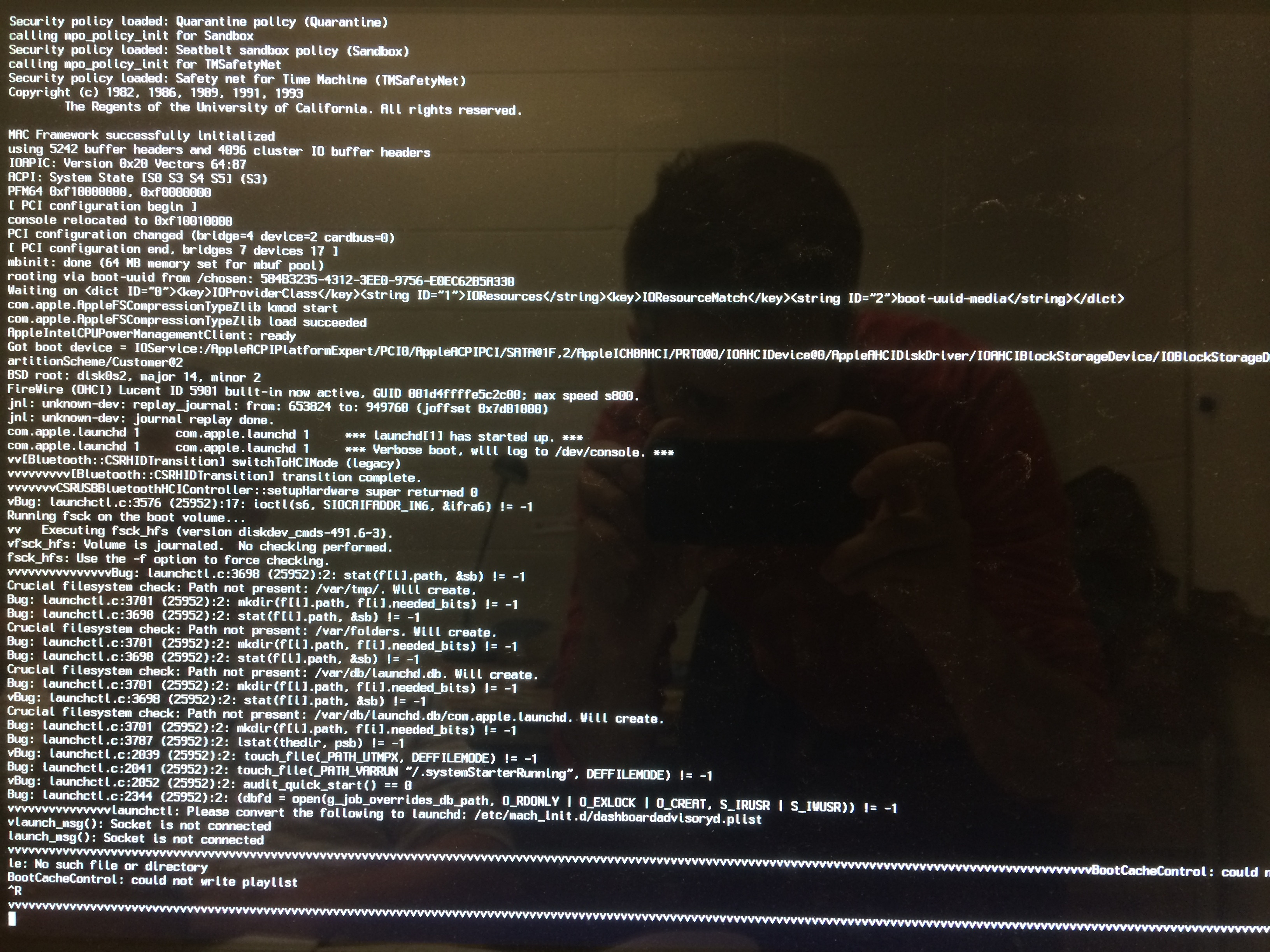 I would suggest to use a Target Disk mode and get the information of that disk.

Then try reformatting it and reinstalling the OS.

Not the answer you're looking for? Browse other questions tagged imac boot .

2
After deleting a partition, iMac will only boot to a grey screen -- how do I fix this?