Stuck in a boot loop after failed update to Mavericks, can't reformat HDD

I recently tried to upgrade a 2008 Mac Pro from Snow Leopard (10.6.8) to Mavericks (10.9.2) using the free upgrade available in the App Store. The upgrade seemed to go without a hitch until the machine restarted, after which I get the Apple logo with a progress bar---it takes about 20 minutes for the progress bar to advance all the way and then the machine spontaneously powers off. When powered back on the process repeats itself.

So far I have tried:

I'm at a loss for what to try next. It seems unlikely to me that the disk is failing since the SMART status is OK, but I suppose that is a possibility too.

Following @chillin's suggestion I tried booting to a Mavericks USB install disk, created following the instructions here. Holding option on startup I'm able to select the USB and boot appears normal, but with the same result that I am unable to unmount the internal disk to format, even using diskutil unmountDisk force disk1 (I get the same error messages for all methods described above). I do notice that the option to reinstall OS X has been replaced by an option to install, so I am confident that I'm actually booting to USB.

Following @Édouard's comment I tried booting in verbose mode using command+v at startup. It seems that fsck_hfs is caught in a loop "repairing" and rechecking the drive, which it does 3-4 times before the machine gives up and powers down (see picture 1). The line /dev/rdisk1s2 (NO WRITE) catches my attention. Could this be why fsck is unable to make the necessary changes to repair the drive? 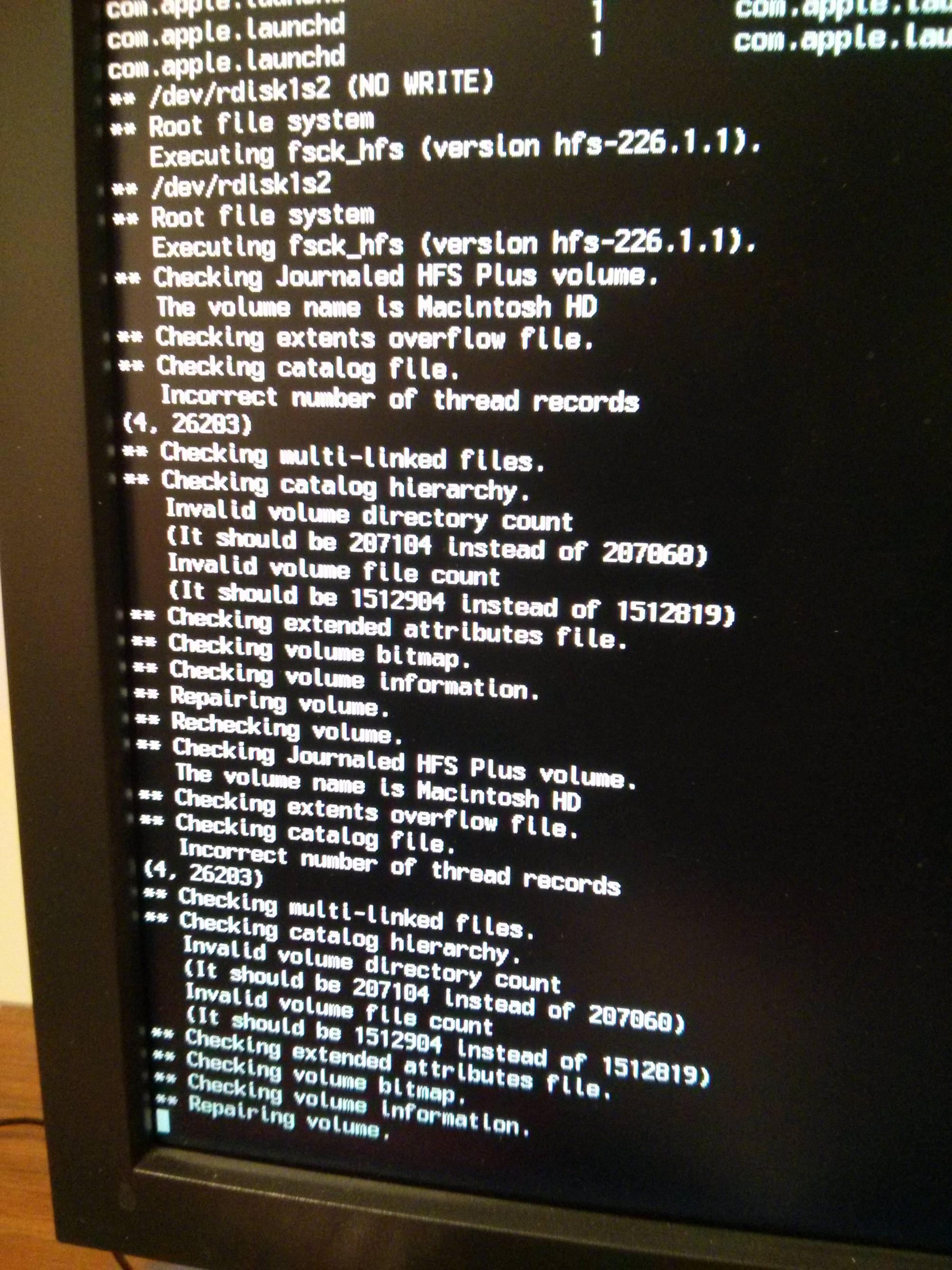 I’m afraid your hard drive is dying. Updating can be somehow hard drive intensive, so it’s not that surprising that it died during an update. If you have no backup, copy your important data to another hard drive with another computer1.

You can still try to save it with utilities such as DiskWarrior.

Otherwise, you’ll have to buy a new hard drive and install it in your Mac Pro, then copy your data back to it.

Not the answer you're looking for? Browse other questions tagged macos upgrade boot disk-utility disk-format .