I just noticed on my Mavericks' Finder today that there are two different Applications folders. One located under Main HD: 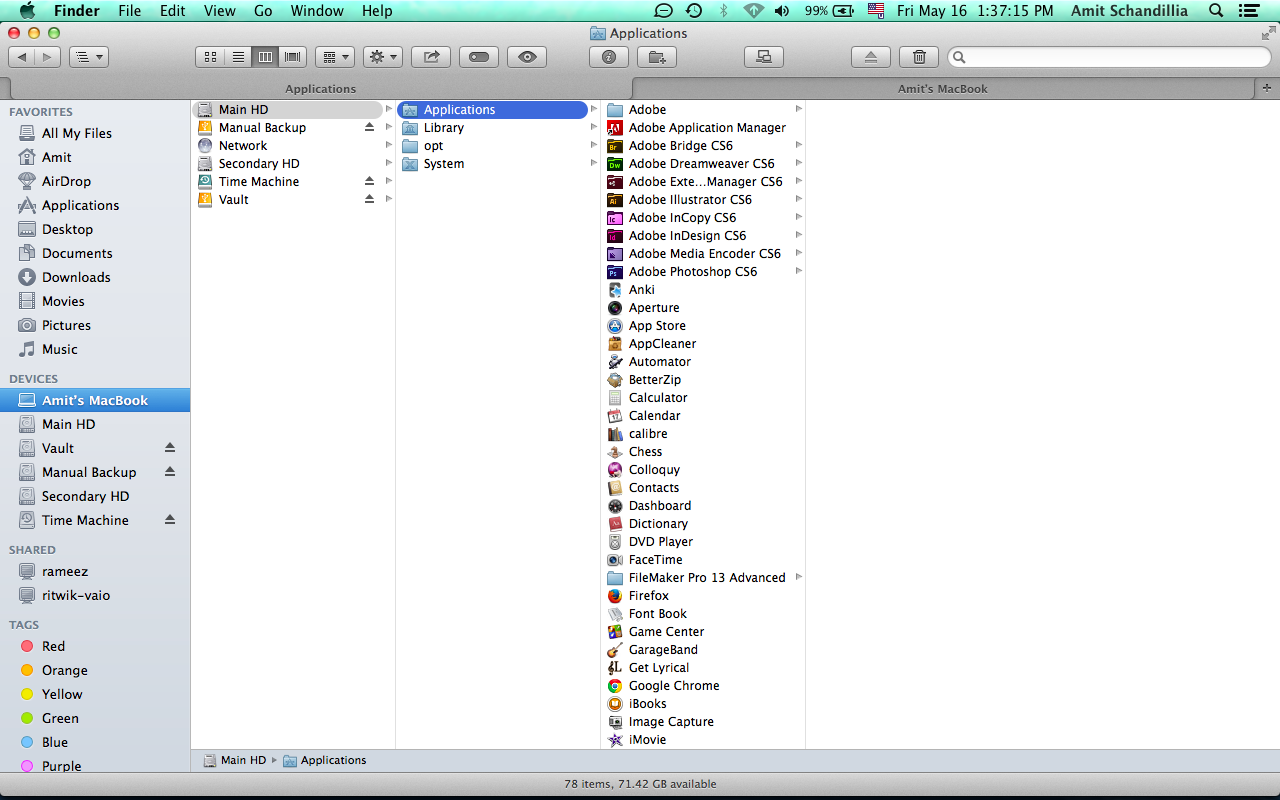 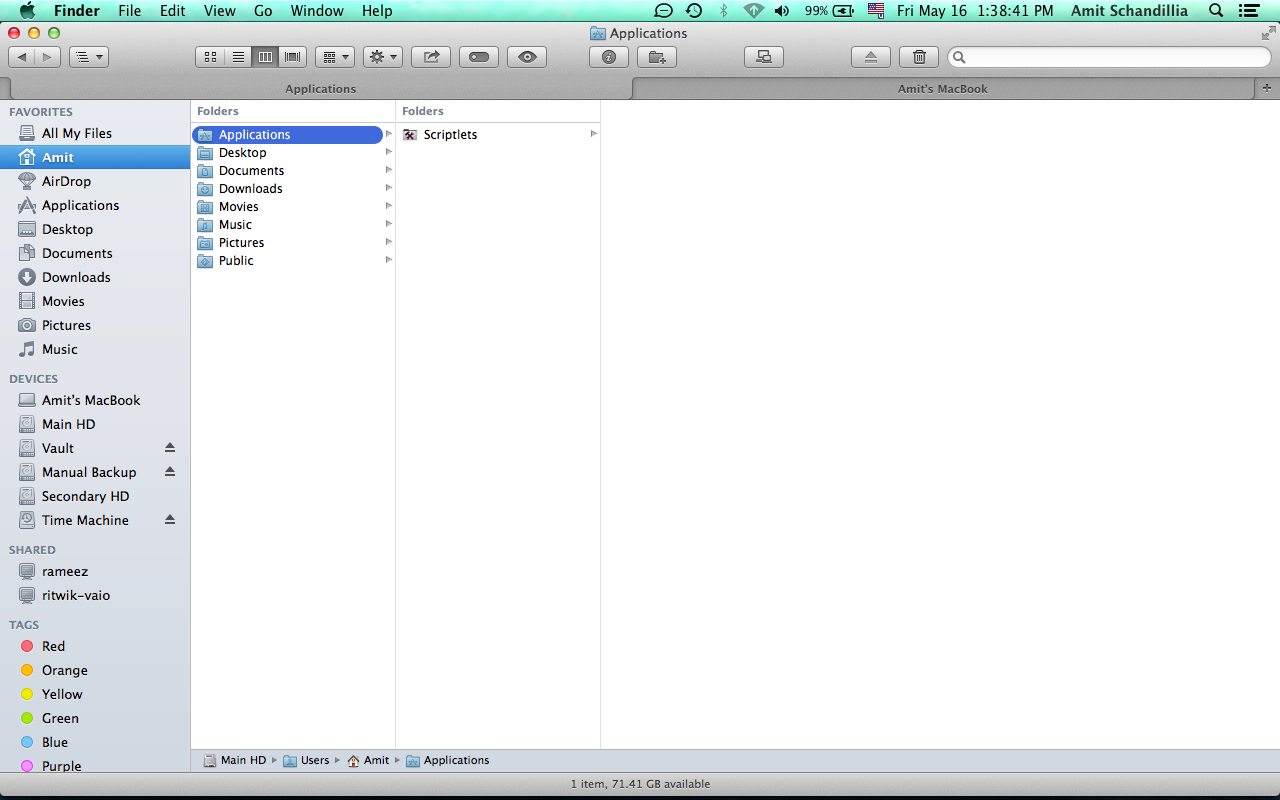 What's the difference between the two and why is one full while the other empty? Also, I did notice that my Main HD no longer shows the Users folder even though it's there. The Users folder wasn't always invisible. While it's no big deal, I am really curious as to why it would suddenly go undercover without me doing anything to it!

As to what made Apple (rather than "Mac," Apple is the company, Mac the product) make the /Users folder invisible?

Probably the same reason they made the ~/Library folder invisible. they (likely) thought that you don't need access to it, only your own home folder.

And for "power users" who want or need access, it is easy enough to fix as shown above.

Some people upgraded to the new Mavericks 10.9.3 and their /Users folder was not hidden. So there may be a bug somewhere. Whether it is hiding the /Users folder or not hiding it remains to be seen in any following updates.

Ok, the mystery of the missing Users folder is finally solved. Like I had said in my question, it wasn't always hidden and went undercover only recently of its own accord. Steve Chamber's answer that this has something to do with upgrade to 10.9.3 is also only partially correct. Since none of the respondents have given an accurate explanation and I just discovered the answer elsewhere, I am posting my findings for others to benefit.

The folder has gone into hiding only for those who have upgraded to iTunes 11.2 and have their "Find My Mac" turned on. Not sure why but this is the only user group that has been affected, me being one of them. Also, the solution provided by 2DD8847 is not permanent as changing the flag to no hidden from the command line will only bring back the folder for the prevailing session. Reboot your Mac and it will be gone again!

A more permanent solution involves using AppleScript and is given here.

I had the same issue, the only explanation i can guess that , the reason it went hidden as an impact from a Spyware script that was installed with an infected dmg file of one of the software downloaded recently from cNet

12
Why can't I drag columns in Finder's Column View?
2
Why do I see two icons for the same application?
1
Cannot access certain MS Server 2003 Active Directory users with Mountain Lion Server's Server App
5
Hidden folder without a dot at the start
1
Accidentally created a folder containing a copy of itself and so on
15
What's the difference between "Empty Trash" and "Secure Empty Trash"
1
Public folder not readable
6
OSX High Sierra - Files and Folders show as empty/invisible in Finder, but are still there
2
All my data is located on Macintosh HD while Macintosh HD - Data is empty