My macbook thinks .as files are zip files (and they won't open in XCode)

I've got some old .as files from a project I was working on on a different mac a long time ago. I was trying to open one of them just to try and remember something. But for some reason my mac thinks they're zip files (even though I've used these same files on another mac before).

If I double click one of the .as files, Archive Utility opens, thinks for a second, then disappears and nothing happens. If I right click -> open with Text Edit, it opens and displays the correct file, but I don't want to use Text Edit. I want to view the file in XCode. When I right click -> open with XCode, it doesn't display the code in the file; it shows a little zip image with AS on it, and no text. 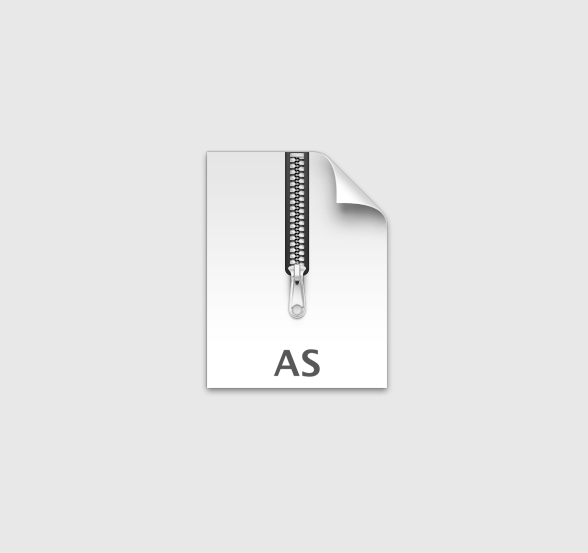 I just noticed it's showing the file type as "AppleSingle archive". The only thing I can think is that that could be abbreviated ".as" too. But why would it have worked on another computer (and presumably many other people's computers) and what can I do to fix it?

Xcode doesn't support ActionScript files out of the box, so it sees your file and thinks it's an AppleSingle file instead, as does the rest of your Mac, since that's how OS X usually understands files with the .as extension by default.

Unfortunately I couldn't find any information on getting Xcode to support ActionScript projects. There is this Stack Overflow question, but it (and the resources the answers point to) doesn't give you much to go on, and I can't really vouch for any of the answers either since I don't do AS development on my Mac.

TextEdit should open your script in plaintext mode with no issues, though. If you just want to give it a quick read, you might just have to go with TextEdit for now until you can acquire Flash or another IDE.

And, while not trying to be pedantic (HAH!) you can change the default application these are being opened with easily enough.

That's because macOS treats .as files as AppleSingle archives: https://en.wikipedia.org/wiki/AppleSingle_and_AppleDouble_formats

Not the answer you're looking for? Browse other questions tagged macos xcode file launch-services .

9
What are Icon\r files and how do I delete them?
9
How to use a custom text editor (like Emacs.app or MacVim) in Xcode 4?
7
What does Apple want for the WWDC Scholarship application uploads?
3
Yosemite won't uncompress .zip files when I double-click on them
0
Files have disappeared overnight - where are they?
0
Saving Xcode Project to the Desktop
4
How to make and transfer secure (encrypted) ZIP files from Mac to PC
4
MS Word documents changing to .cpio files and then to .zip files