How often should one shutdown a MacBook instead of just closing the lid?

I have found contradictory opinions on this. Some say Windows users tend to shut down but that it is not necessary, and I tend to do that too.

Others say it is preferable to shut down, as it does not take too much time to boot anyway, and that in this way the battery is protected. While others say that it is in fact better not to shut down to often, including for the battery, etc.

An interesting opinion - cannot find the link for that now - was that shutting down / restarting serves no purpose for Macs, except when that is needed after installing or upgrading applications or the system, unlike in Windows, where shutting down was (is?) very important. Also, that Macs do periodical system maintenance work during operation and even sleep, which eliminates the need for restart; possibly restarting would even come against all this, etc., and "not shutting down" is in fact a typical differentiating Mac feature. Is this true?

I need a competent opinion on this - not just a description of the most common use - preferably reflecting some advice from the manufacturer.

I have a Macbook Air. 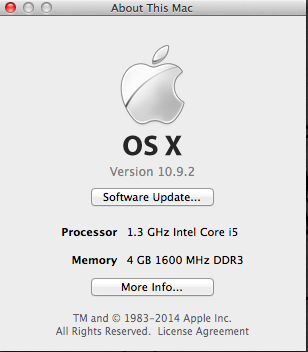 Although I got a good answer, a crucial point in it (that the system has to be shut down, but only from time to time) is not yet clear: how often should I shut down the system. So, I will bring my question down to this formula.

Whether to shut down or keeping it in sleep state (by closing the lid) depends on the time usage in between. The short answer is:

So let‘s see the difference between each option.

We’ll start with this statement:

An interesting opinion - cannot find the link for that now - was that shutting down / restarting serves no purpose for macs, except when that is needed after installing or upgrading applications or the system, unlike in Windows, where shutting down was (is?) very important. Also, that macs do periodical system maintenance work during operation and even sleep, which eliminates the need for restart; possibly restarting would even come against all this, etc., and "not shutting down" is in fact a typical differentiating Mac feature. Is this true?

It’s true that OS X has a periodical maintenance script that runs daily, weekly, and monthly. Each script has a different purpose to remove logs, rebuild whatis database, and bunch of maintenances on user levels. I can say that it doesn’t affect our day to day usage. It’s more like system maintenance to clean up and sort logs.

In fact, for MacBook models, we should decide whether to shut down or enter sleep state by focusing on which method can keep the battery healthy. Healthy in the way the battery can maintain a maximum capacity in its lifespan.

Most of the MacBook models use Lithium-ion polymer batteries which requires low level discharge to get the maximum usage. Based on the explanation by Battery University:

Similar to a mechanical device that wears out faster with heavy use, so also does the depth of discharge (DoD) determine the cycle count. The shorter the discharge (low DoD), the longer the battery will last. If at all possible, avoid full discharges and charge the battery more often between uses. Partial discharge on Li-ion is fine; there is no memory and the battery does not need periodic full discharge cycles to prolong life, other than to calibrate the fuel gauge on a smart battery once in a while

For the maximum battery health, you should use your MacBook Air at least until the it depletes to ±60% level before you keep it plugged in again.

It‘s okay to just close the lid without harming your MacBook. Beside, it can run the maintenance script on time.

The only time when you should consider shutting down is when you’re not going to use the MacBook for more than 36 hours. Apple recommends to discharge the battery around ±50% before shutting them down.

If you don’t plan on using your notebook for more than six months, Apple recommends that you store the battery with a 50% charge. If you store a battery when it’s fully discharged, it could fall into a deep discharge state, which renders it incapable of holding any charge. Conversely, if you store it fully charged for an extended period of time, the battery may experience some loss of battery capacity, meaning it will have a shorter life. Be sure to store your notebook and battery at the proper temperature. (See “Notebook Temperate Zone.”)

I know I’ve emphasized too much on battery health in this answer, but instead of asking if shut down or sleep is better, the decision affects your battery health more than the performance of the operating system.

Feedbacks and corrections are welcomed in the comment below.

I do not claim to provide an answer - as much as a step-by-step clarification of the question (by re-edits), which in the end might sum up to an answer.

I see here the idea that: waiting for an OS X Update or Security Update is generally a sufficient time between reboots. Also, that shutting down is useful, because system temp, memory, swap, and cache files get cleared out during boot. But how useful is that it's not very clear.

I appreciate a lot this answer which states clearly some important ideas that sum up to what I was looking for:

So in short, it's like your iPhone? :) I too am conflicted about this topic but I rarely shut down my macbook because I'm a forgetful person and I tend to forget something I should've done when the laptop was still awake. That's why it's convenient to just let it sleep because I can open it and it's immediately right at my home screen :)

For proper maintenance of a lithium-based battery, it’s important to keep the electrons in it moving occasionally. Apple does not recommend leaving your portable plugged in all the time . An ideal use would be a commuter who uses her notebook on the train, then plugs it in at the office to charge. This keeps the battery juices flowing. If on the other hand, you use a desktop computer at work, and save a notebook for infrequent travel, Apple recommends charging and discharging its battery at least once per month. Need a reminder? Add an event to your desktop’s iCal. When your battery no longer holds sufficient charge to meet your needs, you may choose to replace it. If your notebook came with a built-in battery, you should have the battery replaced only by an Apple Authorized Service Provider."

So basically you most SHOULD shut down when not using it for some time. You don't want the Macbook to be for a long time on and in sleep mode. leaving your Macbook both ON charge AND in sleep mode is bad on the battery.

Being merely in sleep is another matter, which is fine.

I'm no expert at all, but I can tell you that I regularly keep my Mabook Pro 2008, MacBook Air 2012 and Mac Pro 2008 powered on / asleep for weeks if not months at a time without rebooting. When their charge drops to around 20%, I plug them in. The machines don't noticeably slow down over time like PCs do, so I only reboot if installing something, or if I experience a bunch of software crashes, which is pretty rare. They only get turned completely off if I'm going away for a few days or more.

Basically I treat them like iOS devices - always on / ready, with very occasional reboots!

I'm no expert either, but I know that if left on sleep/having the lid down but the power on can build up enough heat (if on long enough) to catch on fire. iOS devices are different though, as they do not release heat. If you need to charge the MacBook quickly, shut it off completely as this increases charging efficiency.

Keep in mind that if you use FileVault, it only encrypts when it shuts down. Leaving your Mac turned on but sleeping or just shutting the laptop doesn't encrypt it.

3
Is only Sleep Mode good for my MacBook Pro?
0
Secret to long-lasting relationship: Shut Down or Close Lid?
11
Shutdown keyboard shortcut on MacBook Pro with Touchbar

5
For least power usage, should I turn off or put my Mac to sleep?
1
Keeping MacBook Pro on Sleep Mode for days
1
MacBook Pro (13-inch, Mid 2010) shuts down unexpectedly
4
Cannot restart Mac, Finder issues in El Capitan
9
2016 MacBook Pro shutdowns when the lid is close with cause 0
2
MacBook Air Starts up when I close the lid
1
Macbook Air: shutdown on 50% battery
2
MacBook Pro immediately shuts down when disconnected from charger, auto starts when opening MacBook, even after shutdown
4
MacBook battery drains SIGNIFICANTLY after shut down