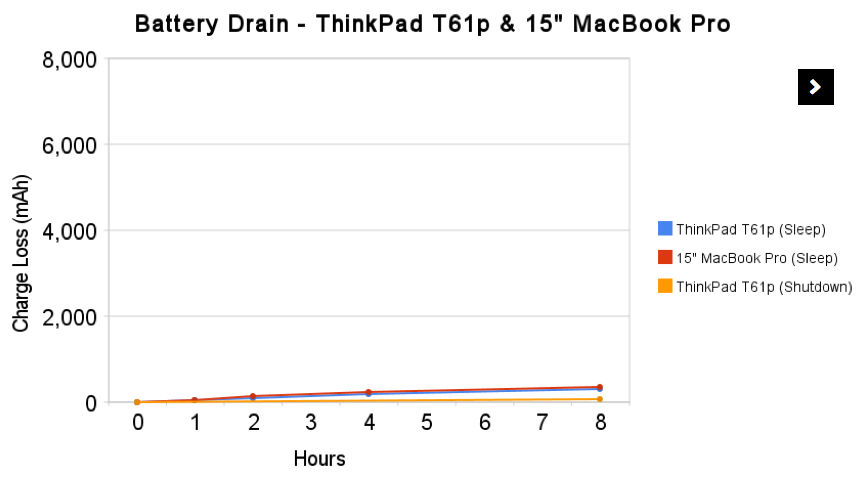 14
Mac OS X is not creating a swap file
5
Macbook pro 13 inch 2017 W/ touch bar - battery drain during sleep
4
After waking-up, how do you know if your mac was hibernating (fully powered off like Windows PC) and not sleeping?
4
Macbook Pro 15, 2017: Discharges in Sleep mode
2
Swapfile and sleepimage file creation?
3
How to hibernate MacBook Pro without a battery
2
Looking for a way to mimic the battery-saving behavior of closing the lid without actually doing so
2
How can you make a Mac (2015 Yosemite) hibernate? (Hibernate like Windows PC, ie. save state to disk and fully power down)
0
How to set MacBook Pro to eventuallly fully hibernate if on battery
0
How to hibernate the Mac after sleep after a set time?
See more linked questions

12
Mountain Lion aggressively hibernates
0
MacBook Pro has to recover from Safe Sleep after 50% of all sleeps, although power is connected
35
Difference between autopoweroff and standby in pmset
1
How do I force my MacBook Air into "hibernation" mode?
3
Macbook Pro (Mid 2012) Battery Not Charging
7
How has it suddenly become so much faster to wake OS X from "safe sleep"?
4
Macbook wakes up unexpectedly when the lid remains closed (power unplugged)
2
Macbook is setup to hibernate immediately, but it hibernates after ~1hr delay both on AC & battery