After starting up my newer iMac it's asking for for the login keychain password for several applications. It is stuck in a cycle that I can't cancel out of. Any suggestions?

It sounds as an issue either with the Keychain App. Try repairing it. To do so just:

It could be, too, that you've changed your account password without using the Accounts Preferences pane. If that is the case, for your default keychain to be unlocked automatically when logged in, you'll have to Synchronize your Keychain Access and login passwords. To do so just:

This is needed because, as Apple explains it:

If you change your account's password using your Mac OS X Install disc (or if your network-based account password is changed due to a network admin forcing a password change), your default keychain password (which uses the same initial password as your user account) does not change. Because of this, you will be prompted to enter a keychain password each time an application requires authentication that your keychain would normally provide.

I had the same problem. It has bothered me for several weeks on my new Mac. It should be caused by changing Mac password using 3rd party software. On macOS El Capitan and Sierra, there is no Keychain Access > Keychain First Aid. Changing login keychain's password does not help. To solve this problem, you have to reset your default keychain.

Please note: you'll lose all your passwords stored in it.

The keychain by default locks after some time of inactivity and when the computer sleeps.

You can disable this behaviour on the keychain settings: 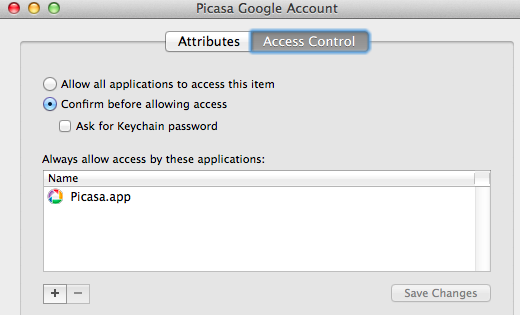 There is a bug that is affecting some users which is related to this. You may see the colour wheel of death when you get the certificate trust prompt from some applications, like Microsoft Remote Desktop or Microsoft Office (weird but it happened only with these to me!).

Once you see the colour wheel, your only option is to reboot and after this you will get several prompts for the keychain password BUT you would have to type your old password even if you previously reconfigured Keychain Access to use the same password.

You need to create a new keychain if admin has changed your password.

Per a deleted Apple Support article:

I came across this same issue on El Capitan, and had already searched and tried all suggestions on here.

My solution was to disable FileVault under System Settings > Security & Privacy and everything works fine again.

Before you downvote because you can't understand how someone can disable the default FileVault encryption: I don't see the downside of disabling FileVault. For really sensitive data, other tools such as Symantec Drive Encryption / PGP or TrueCrypt can be used. At least it doesn't get in the way like FileVault does with the system keychain.

As mentioned in the comments, I had searched on SO for this questions and found several answers, of which none worked for me. Therefore disabling FileVault (and switching to another, independent encryption tool for the data you want or need encrypted) is a viable option.

40
Where has "Keychain First Aid" gone?
15
OS X is repeatedly asking for login keychain password
11
Stop "...wants to use keychain" password prompts
8
Mac asking for multiple "login" keychain app passwords but won't accept them
3
Safari wants to access my keychain doesn't offer "always deny"... How can I implement this?
3
Why would Preview "want to use" my (unused) login Keychain just to execute hotkeys?
1
Firewall setup for Python.app incoming connection