I recently upgraded from an Iphone 4 to a 5s.

I have 4 different docks that worked with all my previous Iphones and Ipods - I just swapped out a cheap plastic holder around the connector that could hold my new device. 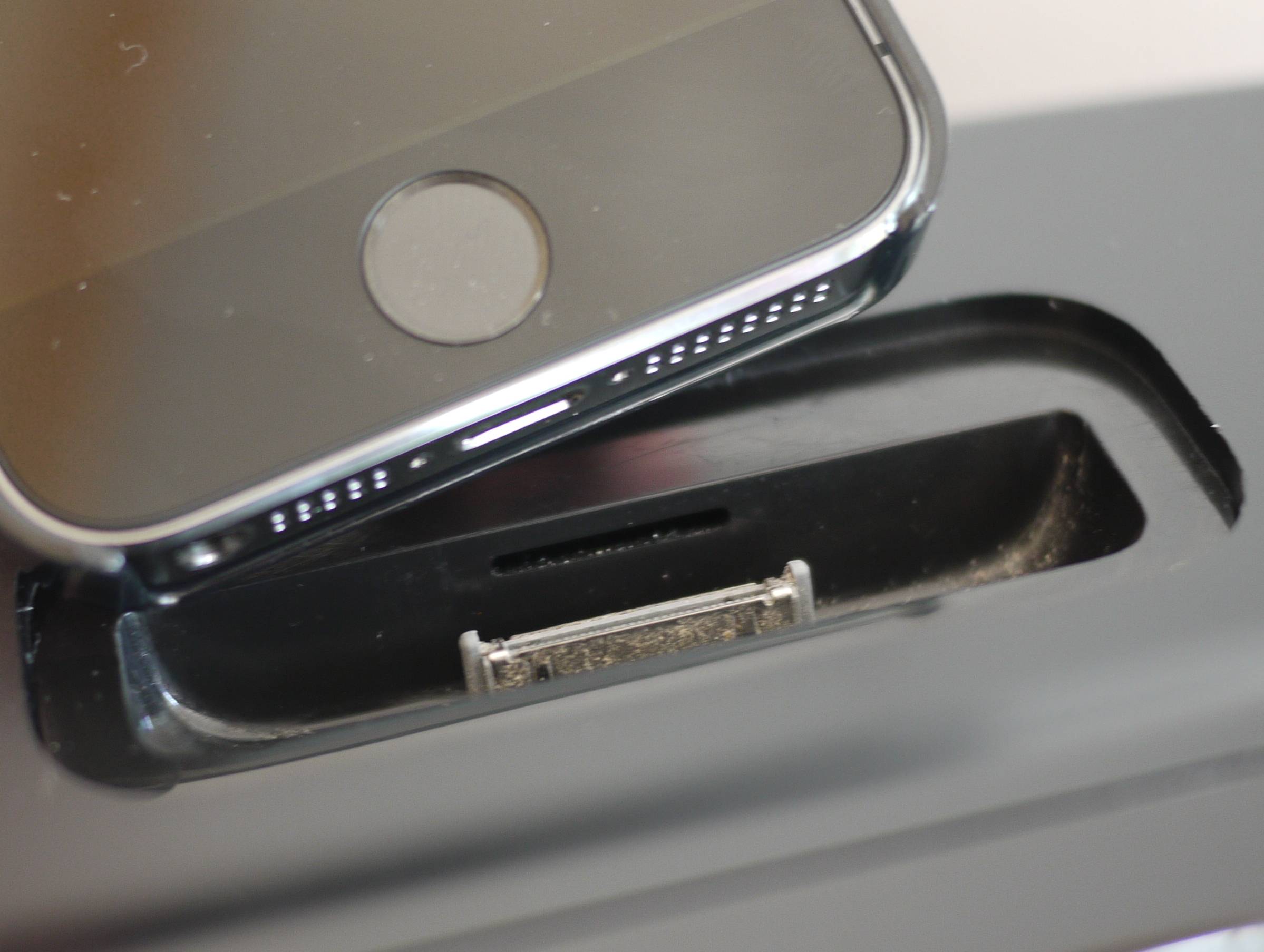 They sell two adapters for this in the Apple store, but it's useless for me since:

I need an adapter that sits on an old Apple dock, but that holds the base of the phone so that it stays upright.

I can't find anything that does this online, and most of what I can find states that it can't support audio in the small print. When I ask in shops they look at me like I'm crazy and then try to sell me a USB cable.

90% of the Iphone docks sold still have the the (now obsolete) old Apple connector. It seems like a massive oversight that nobody makes a dock adapter.

Are there commercial sources of 30 pin dock adapters that:

My solution to your problem is to use the longer 30 pin to lightning adapter and lie the phone down rather than prop it up dock style, but I get the convenience of just dropping in a phone on any dock and not having to repurpose/recycle otherwise functional docks prematurely. I also just use one cable and bring it with my device rather than fixing all the docks (as I still use them with 30 pin devices more than I do with lightning devices).

If you don't mind the longer cable, get the Cradle with Audio port from Belkin - especially if you want the analog audio option or don't want to add height on top of the docking station. 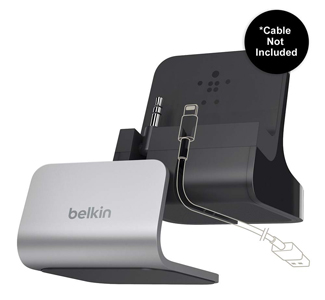 If you need a commercial insert, the best one out is the Kickstarted project that ended funding 31 Jan 2013 that now sells the Flybridge insert commercially in packs of 1, 2 and 5 to save on both shipping and the per-unit cost. 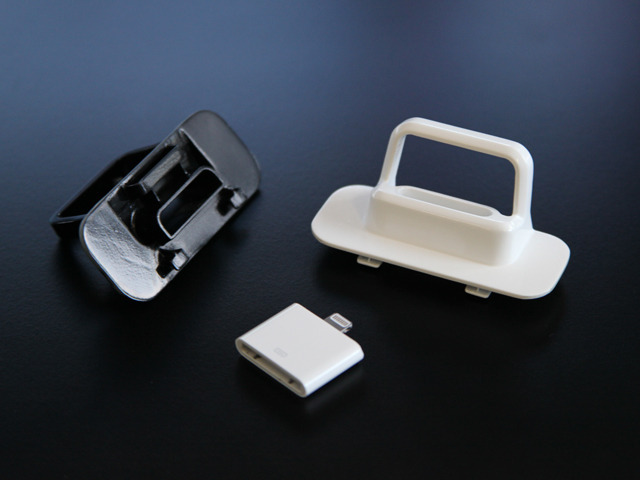 Since these have been in the wild for more than a year, I've not heard of major problems and you might even find someone to fabricate a similar plastic insert if for some reason you don't want an injection molded piece or your docks aren't among the ones listed as compatible with the product.

This isn't going to be a very graceful answer, but if the 4 items you were docking with before have 3.5mm audio in, you can get an Apple iPhone 5s dock ($29) which has line out and will support your iPhone in an upright position.

It will not, however adapt your old dock to interface with the item in any of the other ways you are used to.

You could fashion a makeshift dock out of matchsticks. I'd recommend removing the sulfer from the strikey end first to avoid any unwanted housefires but with some model glue, if you were really careful you could put together a decent support structure that would keep your phone upright when you wanted to dock it.

Not the answer you're looking for? Browse other questions tagged iphone audio hardware dock lightning .

0
30-pin Dock Connector and 3.5mm jack
3
Does the iPhone 5's bundled Lighting connector / power adapter charge the phone faster?
3
Is line level Bluetooth audio possible with iPhone?
1
Splicing lighnting connector in place of 30pin to achieve video
5
My iPhone thinks it's always docked — Volume slider disappeared with no audio output
0
iPhone 5 USB Audio
8
How much power can be drawn from the lightning connector by a external device?
2
Thunderbolt to HDMI (Not DisplayPort to HDMI)
1
Cable that supports stereo line in for the 30 pin connector on old iPhones/iPods?
0
How can I connect my iPhone 6s Plus to my stereo?