Opening new Terminal.app window/tab with a certain profile from command-line or AppleScript?

When I login to my Mac, I want to automatically open a new Terminal.app window with a certain profile, say Monitor, that has a startup command and several appearance settings. I thought it would be very easy to do this from AppleScript or command-line (via osascript), so I can add a script to my login items, but it turns out this is not so trivial after several tries.

My current best way is the following AppleScript:

However, I want to know if there's a simpler way to do this without relying on UI scripting (with System Events) or messing around with my Terminal's default settings.

applescript (osascript) for changing Terminal.app profile seemed promising, but it's for when there's already a Terminal window open. I have no idea how to create a new Terminal tab or window with its current settings specified. The do script command, which does create a new window, unfortunately ignores the startup command set in the profile, making me fall back to UI scripting.

I also found this script: http://blog.azizlight.me/having-fun-with-applescript-and-terminal-app/ which again relies on UI scripting. Because some of my machines use non-English locale, I prefer sticking to keystrokes rather than menu labels.

Possible I am missing the point, but can't you Export the profile as a .terminal file and add that to your Login Items? 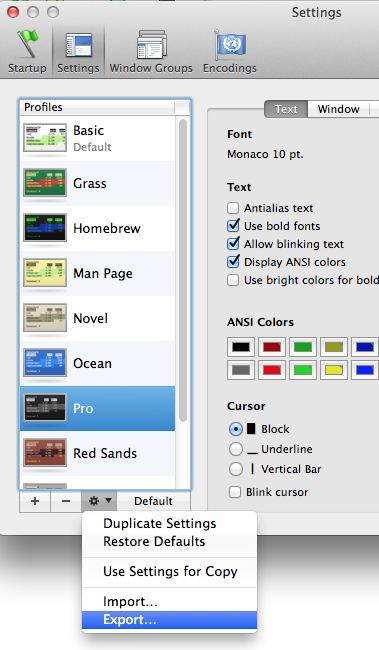 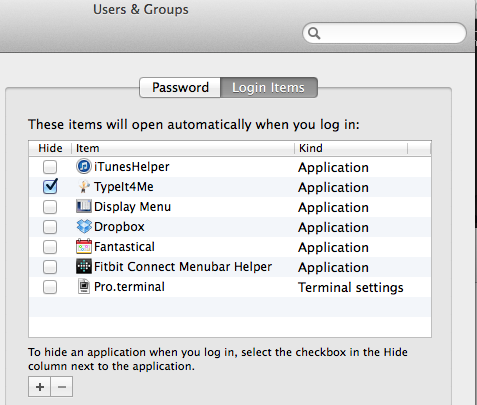 Can you just run the startup command with do script?

If someone else doesn't need to run any startup command, you can use do script "" to open a new window:

Or you could also use do script "" when changing default settings:

5
applescript (osascript) for changing Terminal.app profile
3
Problem setting terminal window bounds with AppleScript
3
How do I get osascript to parse backslashes and run this command in a new Terminal window?
0
Applescript System Events Keystroke broken after 10.9.4
6
Open a new Safari window in the current Space from Terminal with multiple tabs (URLs)
5
How to open a shell script in a new Terminal window and run it with administrator privileges
7
Change font of Terminal programmatically w/o restarting
1
How to make Terminal open every new tab in the "Homebew" profile?
1
How can I control the Terminal in the current space with AppleScript?
2
Automatically open a terminal window and run a command, robustly