When you do a google search , the time taken for the results and the webpages of the result to load is much faster on Google search app compared to web browser for smartphones. What is the explaination behind this ?? 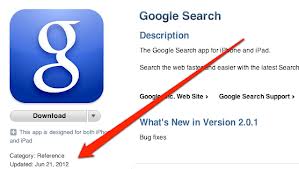 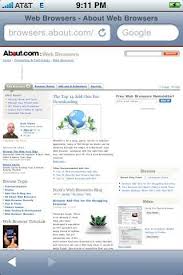 Your screen shot shows EDGE networking which is one of the slowest in terms of bandwidth and often also in latency.

Presumably, the Google app can send just the characters you type to the search engine immediately and get just the results you need to see back.

The web page has to redraw the entire page when results start to arrive, so if you are noticing a sustained, long term speedup in one versus the other then you can conclude one of several things:

I would guess both are in play. Google is selling you and your searches to Google's paying customers. It doesn't take deep analysis or insight to realize that Google gets more value from you using their native app than it does from you using safari to browse their web search app. It might easily serve Google's interests to invest more money in making you choose the tool that makes it the most money.

Not the answer you're looking for? Browse other questions tagged iphone ipad search google .

4
Apple captive portal detection does not pop up web sheet browser
0
How do I enable Handwrite on the Google Search app for iOS?
7
How do I change Spotlight search engine?
1
Why is my Safari unable to open links from Google under VPN?
1
Is there a way to bring back search the web for spotlight?
3
Set Safari's default search engine to Google UK
2
Can't add Google account to iOS 13. Default browser not supporting cookies?
0
Change web search engine for Spotlight