A while back, I installed Windows 8 on my MacBook Air (mid 2013 model) using Bootcamp. It never really worked, (it would freeze all the time, the WiFi would cut in and out, etc.) so I got rid of it. I tried to do this through Bootcamp again, but for whatever reason this didn't work, so I booted up on a live Ubuntu USB and manually erased the NTFS partition for Windows.

Once back in OS X (Mavericks, but it was Mountain Lion when I installed Windows), I expended the default HFS+ partition to fill the full space of the SSD. So now I've got a nearly out-of-box Macintosh HD partition; everything on the Mac side works fine.

But lately, I find myself getting increasingly annoyed at the BSD coreutils among other things, and so I'd like to be able to dual boot into some version of Linux (probably Ubuntu or Xubuntu, but this is kind of arbitrary).

So but it turns out that when I "uninstalled" the Windows partition, something didn't quite update in the boot loader (I'm kind of fuzzy on my knowledge of the difference between a boot loader and a boot manager, so I might be using these terms incorrectly). When I start up my Mac holding down option, I get the following... 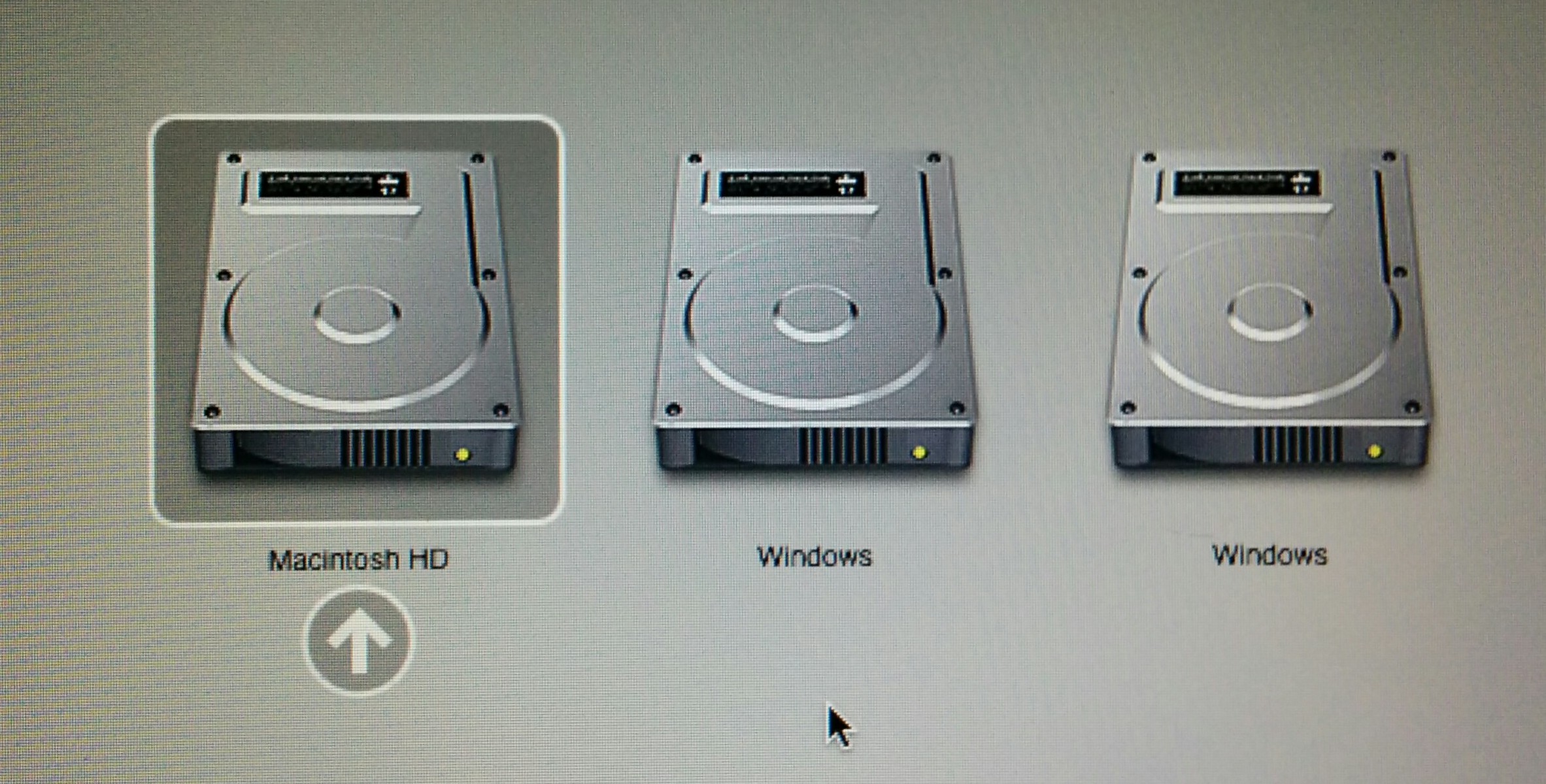 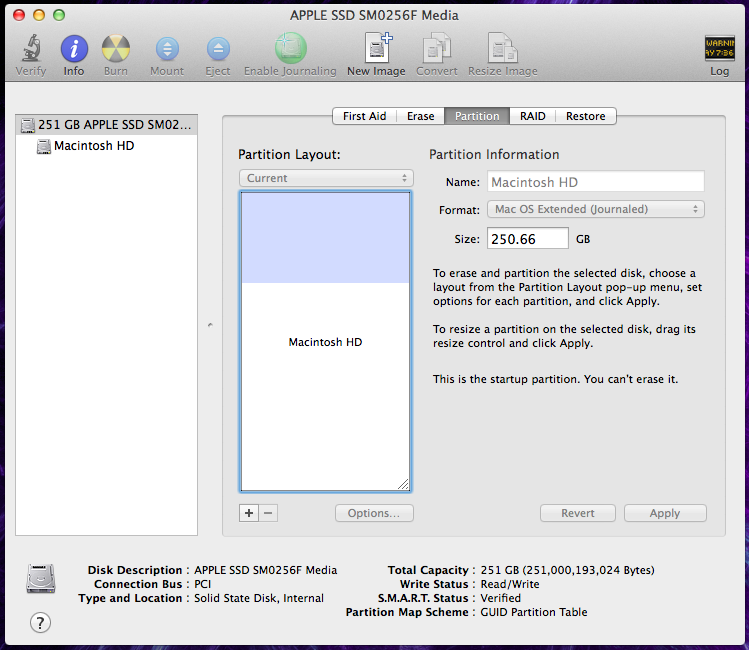 and again with gpt:

I can't see where these icons would be coming from. In the end, I'd like to just have both of these gone (and I guess any other hidden remnants of Windows that they might be indicating).

When you don't use the Boot Camp utility to remove Windows, the Windows boot image on your EFI partition is not removed. This is what you see when you hold down ⌥ during boot.

The procedure to solve this is not for the faint of heart. You need to mount the EFI partition in OS X (normally, it only gets mounted for system updates).

Take note of /dev/disk0 and 1: EFI. The numbers 0 and 1 have significance later.

Now mount the EFI partition (replace the numbers 0 and 1 if they are different in your output):

Now navigate to /Volumes/efi/EFI. This directory is supposed to only contain an APPLE directory. On a machine where I had Windows installed, it also contained a Microsoft and Boot directory. These can be safely removed, but for extra safety I would recommend renaming them to something different instead.

Then umount and delete the directory you created earlier.

In the end, I gave up on actually removing the entries from wherever they're stored on the bootloader. Instead, I just installed rEFInd and manually removed the entries from the bootloader. I chose to go this route because after installing Xubuntu, this was the only way that my mac could find the xubuntu bootup file and also rEFInd has a feature where you can specify which entries you want to display and which you don't.

It's not entirely fixed, but I'll only have the laptop for a little while longer, and I can deal with it until then. Worse things have happened.

This is the most accurate and I have succeeded!

First, you’ll need to locate the EFI partition, which is where your Mac stores information about what operating systems can be booted from your Mac. In the Terminal, type this command:

You’re looking for a partition on your main hard drive called EFI.

Once you find it, enter these commands one at a time:

Replace /dev/disk0s1 with the correct partition you located using diskutil.

At this point the list may appear as Apple, Boot, Microsoft. Delete the Windows EFI Boot entry by typing this into the Terminal:

MacOS High Sierra can type is:

Restart your MAC and done!!!!

Not the answer you're looking for? Browse other questions tagged bootcamp windows disk-utility partition .

11
How do I delete a BootCamp partition using Terminal's diskutil?
0
Unknown Startup Disk

0
Is it possible to repartition hard drive from which Mac OS X boots?
0
Upgrade OS X with Windows already installed using Boot Camp - will it break anything?
5
Resetting MBR on iMac
9
I think I messed up the Fusion Drive on my 1TB iMac (with BootCamp)
2
Accidentaly converted from a basic disk to a dynamic one
0
How do I install Windows on separate disk using GPT/EFI and BootCamp?
0
Boot Camp Windows fails to start after installation
0
How to fix Windows Boot Camp after Linux install/