Whenever I'm doing anything GPU-intensive (games or CUDA simulations), after about 30 minutes, the chassis gets extremely hot (enough so that my hands sweat if hovering over the keyboard or typing) and the app in question either crashes with an exception, or silently exits. Of course, before that happens, the fans are running full speed.

(In this case, under Windows 7 via rEFInd.)

The game in question is Portal, which runs fine at full speed and resolution on this machine (not unexpected since the game is several years old), at least until it exits.

I'm guessing this is due to the video driver terminating the application to prevent damage to the machine, but I can't be sure.

Occasionally, even if not running that type of app - say, browsing the web or word processing - the machine will get very hot and the fans will kick in.

(Under OSX, I have the same issue on anything that requires the discrete GPU.) 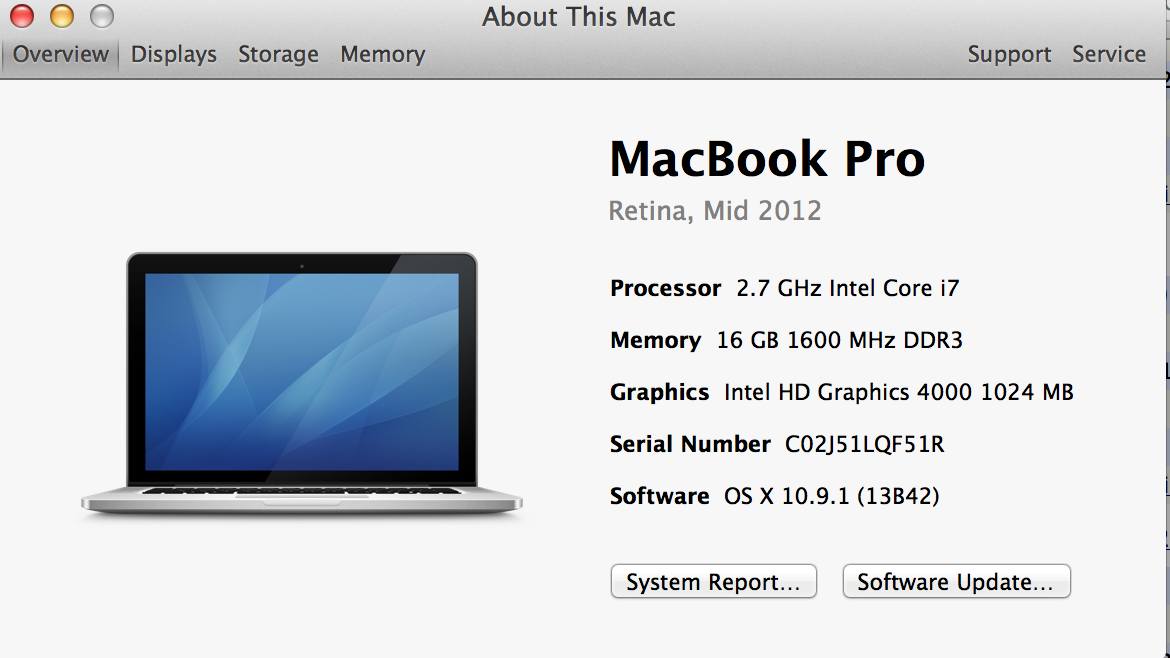 I'd recommend you try the exciting new (and free) TurboBoost Switcher, which disables Intel's Turbo Boost. This means your MacBook Pro will overheat far less often. You can also boost fan speed preemptively with SMCMac or iStat menus.

Not the answer you're looking for? Browse other questions tagged macbook-pro games temperature gpu .