Why does thunderbolt to displayport cable result in video with color bleeding?

I have an ASUS VE278 display, which is cable of handling VGA, DVI, DisplayPort and HDMI. I have an early 2013 model Macbook Pro, with two Thunderbolt ports, and an HDMI port. If I use the HDMI port (going through an HDMI to DVI converter cable), my ASUS display looks great, just like it did on my PC. No issues. However, if I use a "thunderbolt to displayport" adapter cable (such as this one) I get color bleeding artifacts on my screen, around contrasting colors, etc.

If I take a screen shot, everything looks fine on the screen shot (when viewed on another monitor or the Macbook's native display).

Here's a photo of the artifacting, while looking at this artifact test png image :

(it's hard to capture on camera, so forgive me): 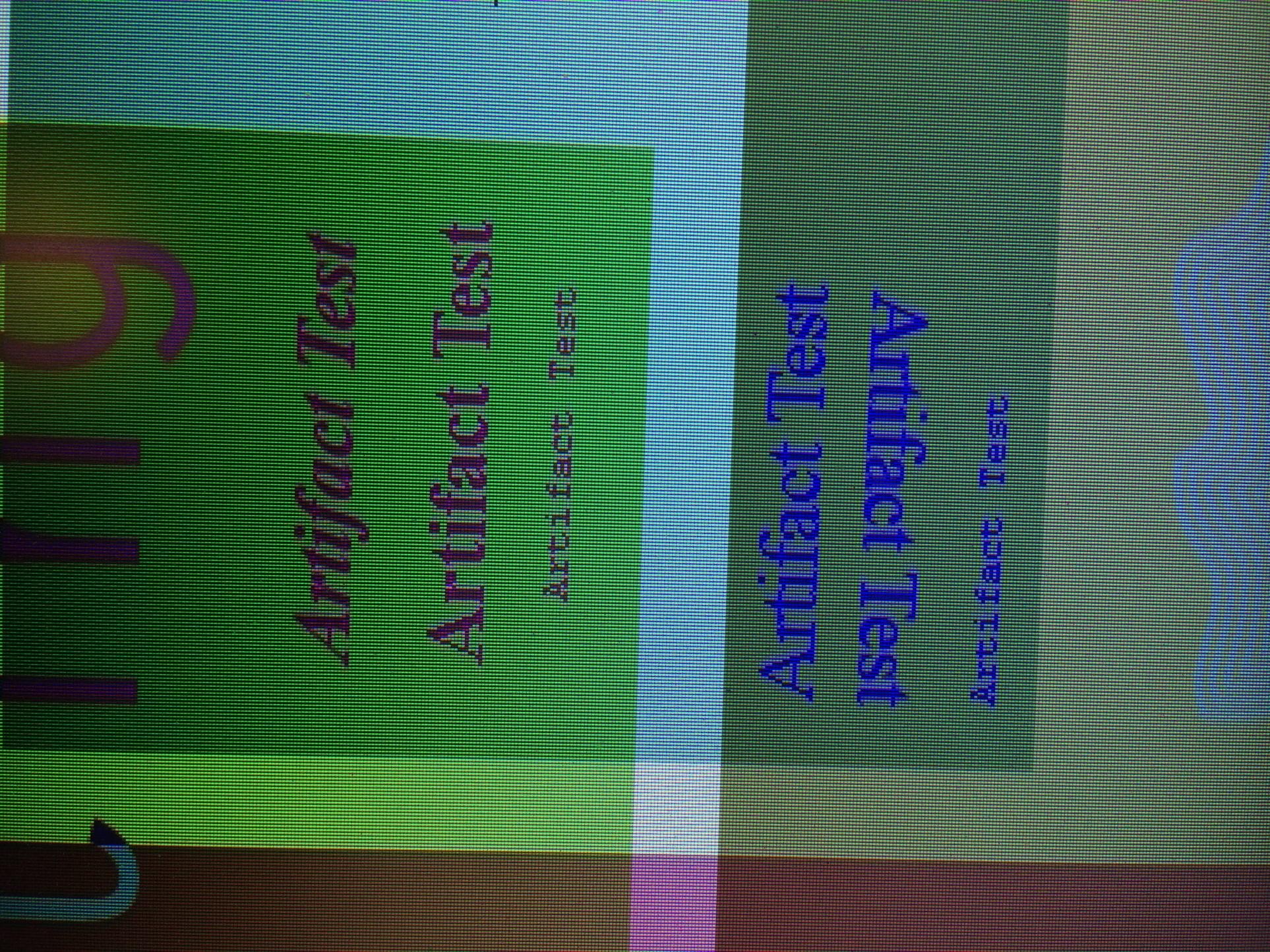 Does driving a display via ThunderBolt always result in this color bleeding? I am ordering a thunderbolt to HDMI cable.. to see if that makes a difference. But what the heck is going on here?

Wow. So. Apparently OSX is treating my display as if it were a TV, and is only sending YCbCr color space instead of full RGB color space.

Found this article by Robert Pill that indicates the problem, and how to fix it:

How to force RGB in Mac OS X

Also, one of his commenters made an improved script, available here.

Not the answer you're looking for? Browse other questions tagged macbook-pro display thunderbolt displayport hdmi .

1
Best input to connect a monitor to a Macbook Pro
5
How to use 3 DVI displays with new Mac Pro (Late 2013)
3
Belkin Thunderbolt 2 Express Dock HD dual monitor setup
3
'True' Thunderbolt to DisplayPort or DVI cable?
0
Connect MBP 2015 to external monitor 2560 x 1080 resolution?
1
Can I connect 2 monitors to my 2015 Macbook Pro Retina via 2x DisplayPort connections?
2
Can I connect a mid-2011 iMac to an external HDMI display with a mini Displayport-to-HDMI cable?