Mavericks: No sound after sleep

I have installed a fresh version of mavericks on a MacBook Pro 13". After the computer wakes up from sleep, I have no sound - neither in earphones nor in speaker.

The problems has been reported by many users in the Apple support community.

Is there any solution besides rebooting?

I had to reboot, but to summarize the thread's problem and apparent solution, which worked for me (but only for a week): The problem occurs if your macbook goes to sleep with earphones plugged in for a sufficiently long time (more than 1h) when it wakes up audio won't work. ALSO some people notice overlay for changing volumes doesn't respond (it actually did for me), and plugging in or removing headphones doesn't trigger any change in the sound settings as to which device (speakers or headphones) is displayed for output.

You should try to trash the com.apple.audio.DeviceSettings.plist and com.apple.audio.SystemSettings.plist in /Library/Preferences/Audio and reboot with a reset of pram (hold command-option-p-r before you power on, and until you hear a second boot "bong" sound). This stopped it from recurring for me when the laptop went to sleep with headphones plugged in - for a week; later it happened again when sleeping while the quicktime player was playing an mp4 video with headphones plugged in.

As an aside I have another sleep-waking issue where the network won't reconnect properly (wifi, to an 802.11N access point) but instead will show it's connected to the right point, and no traffic will go out (E.G. can't ping 8.8.8.8, nor 192.168.0.1) this was also supposed to go away if one clears pram, but it did not. The work around there is to turn off wifi, and turn it back on.

There's even a rumor that if you always use the power adapter that came with your macbook pro retina the pram fix will stick, while switching to an adapter with the old style magsafe plug causes it to recur. It gets a little too tin-foil-hat for me.

I could fix the problem by reloading the kernel extension for audio with these command:

The first suggested fix worked for me . I wrote a quick script that runs both of them, you can get it by running either

to make it executable.

You can double click it any time you have the issue and it should work, does for me!

It's just 3 commands that you can read in plaintext so no worry for viruses, you can view the script that is downloaded by visiting the page itself:

and if you want to get really fancy you can figure out a way to run it on wakeup!

I suggest trying to restart the CoreAudio service:

I had the similar problem before. I’m not sure whether 10.9.1 or the settings I’ve made in the Audio MIDI Setup fixes this issue. Try to change Built-in Output format to 44100.0 Hz and 2ch-24bit Integer 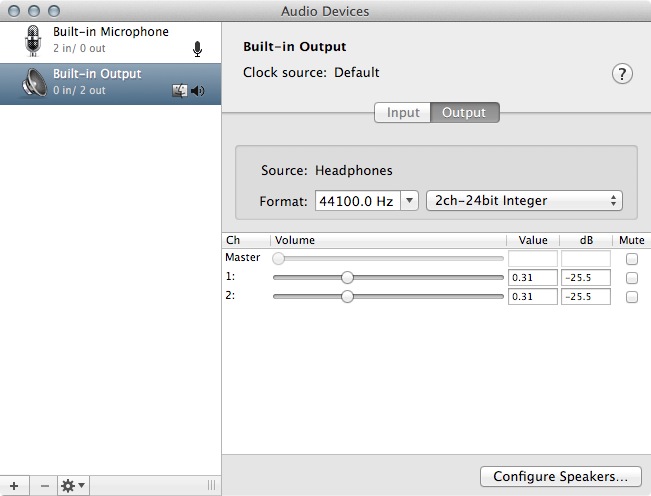 Since making changes in the Audio MIDI Setup won’t bring harm to your Mac, you might give it a try and see if the problem persist.

Watch out for a red herring. I thought I was under the situation you find most commonly online which requires resetting the NVRAM, but in fact the problem was different and much simpler: after awaking from sleep, my sound was directed to my HDMI monitor, which didn't have speakers. The solution was to change the output in settings back to the Macbook's speaker: 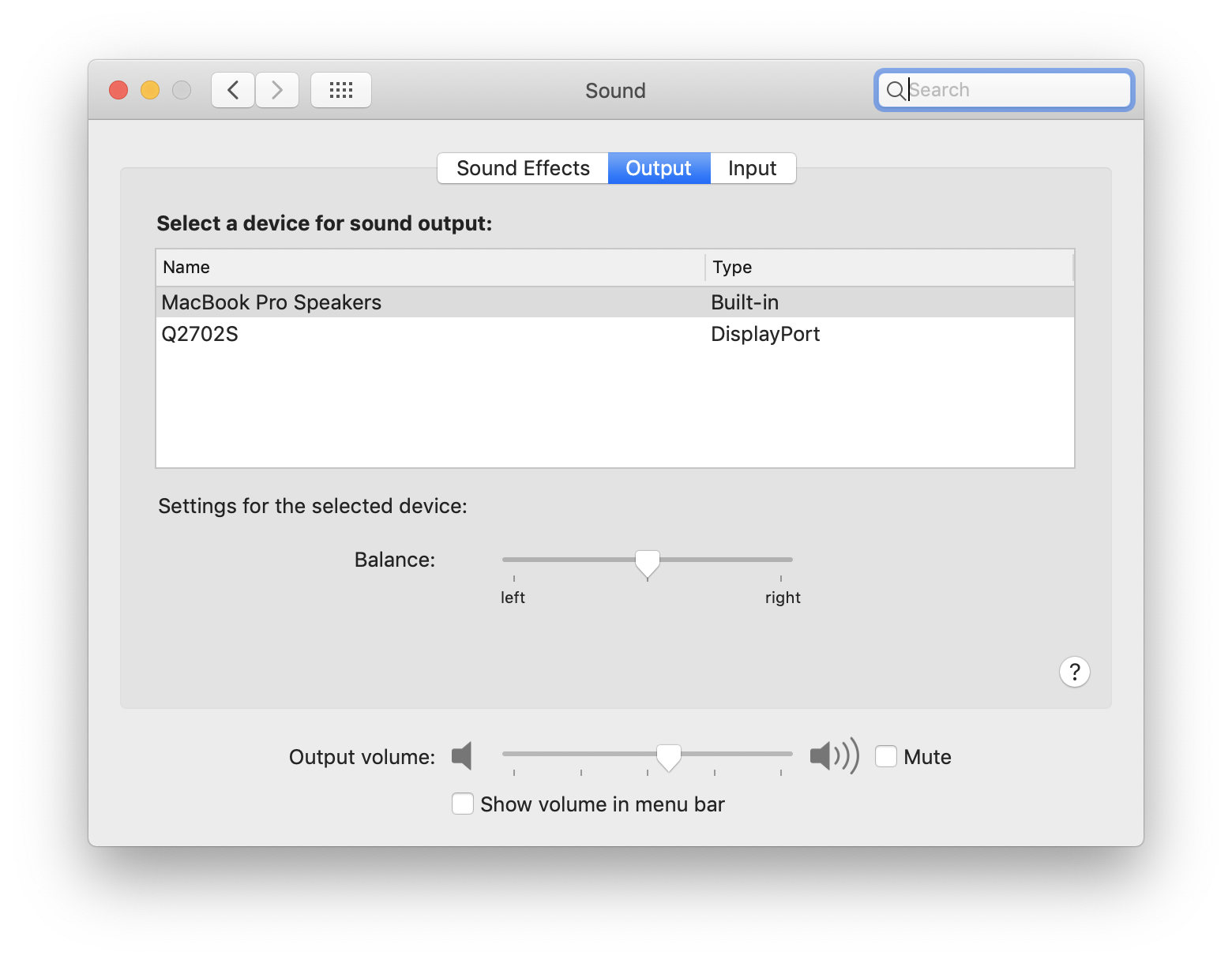 I found the following works to fix this annoying problem:

in the search box type: aud

then enjoy your headphones working again!

1
Mavericks sleep/hibernate causes high fan activity
1
Late 2009 MBP 15" battery drain on sleep after putting SSD and ram upgrade
2
Like Windows, allow user to manually select if Sound is routed through Headphones or Internal Speakers
1
Prevent Wake-on-LAN when other devices wake from sleep or get connected to power
2
Sending multiple audio streams to different places simultaneously
2
What is the best way to occasionally play a sound?