I would be very grateful if someone with access to the new iPad2 could confirm whether the [Glossary] tab in the jsFiddle link here is truncated around the letter -G- or -H- or is being completely rendered, i.e. all the way to the letter -Y-.
On the original iPad the content is getting truncated.

I was talking about the document that is rendered in the Glossary tab. The glossary is being truncated at the letter -H- (i.e. at the rubric for words beginning with the letter 'h').

I had an opportunity to test this out at the Apple store recently, and the iPad2 renders the documents in the tabs correctly, i.e. without truncating their content (cutting them off at the bottom) just as the iPad1 used to be able to do.

However, I cannot be absolutely certain from this one test that the problem is limited to iPad1, because as the cache content grows with use maybe the problem would eventually arise on the iPad2 as well. I am just speculating about the cache being implicated-- just trying to think of reasons why it used to work on the iPad and then stopped working, though I hadn't changed a thing. The iPad I test with belongs to my wife and I believe she may have upgraded the O/S after my original tests when the pages were working correctly.

I'm not sure which -H- you mean, but the tab seems to be rendering OK in landscape mode at least. 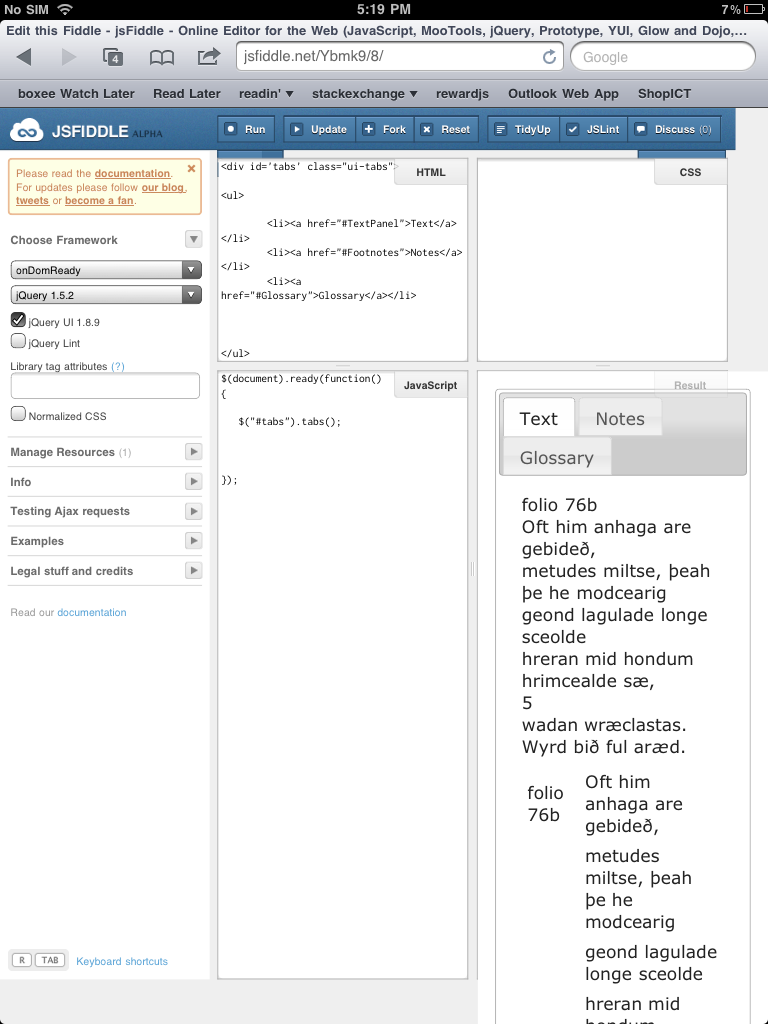 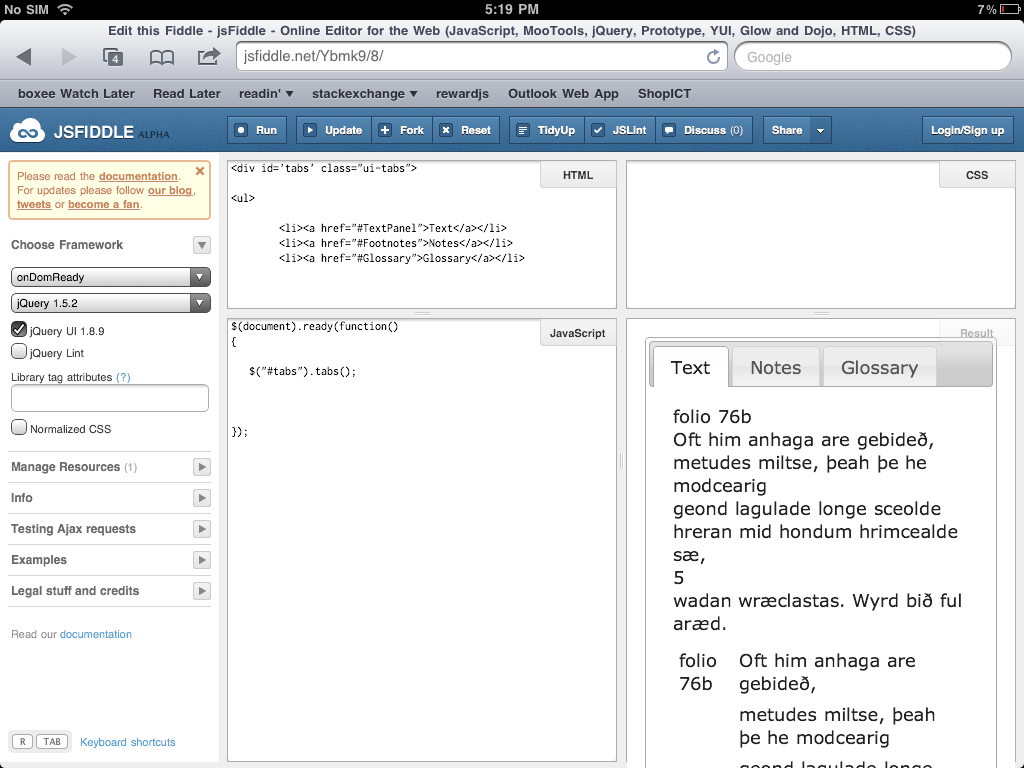 On iOS 5 and the original iPad the truncation of the glossary has ceased.

Not the answer you're looking for? Browse other questions tagged ipad mobile-safari .

1
Mobile safari won't login to websites on iPad
1
PDF rendering - how much is iPad2 faster than iPad?
3
Endless loop of iCloud prompt rendering iPad unusable
0
What is this iPad app?
1
What iPad app is this?
0
iPad Safari scroll bar missing on some webpages