Am I just bad at math? OmniDiskSweep isn't picking up what is using my space. I recently deleted a 60GB drive (not partition) that VMWare Fusion was using, and emptied the trash. Now it doesn't show up on any disk sweeper, but is still accounting as used space. I have restarted my computer. 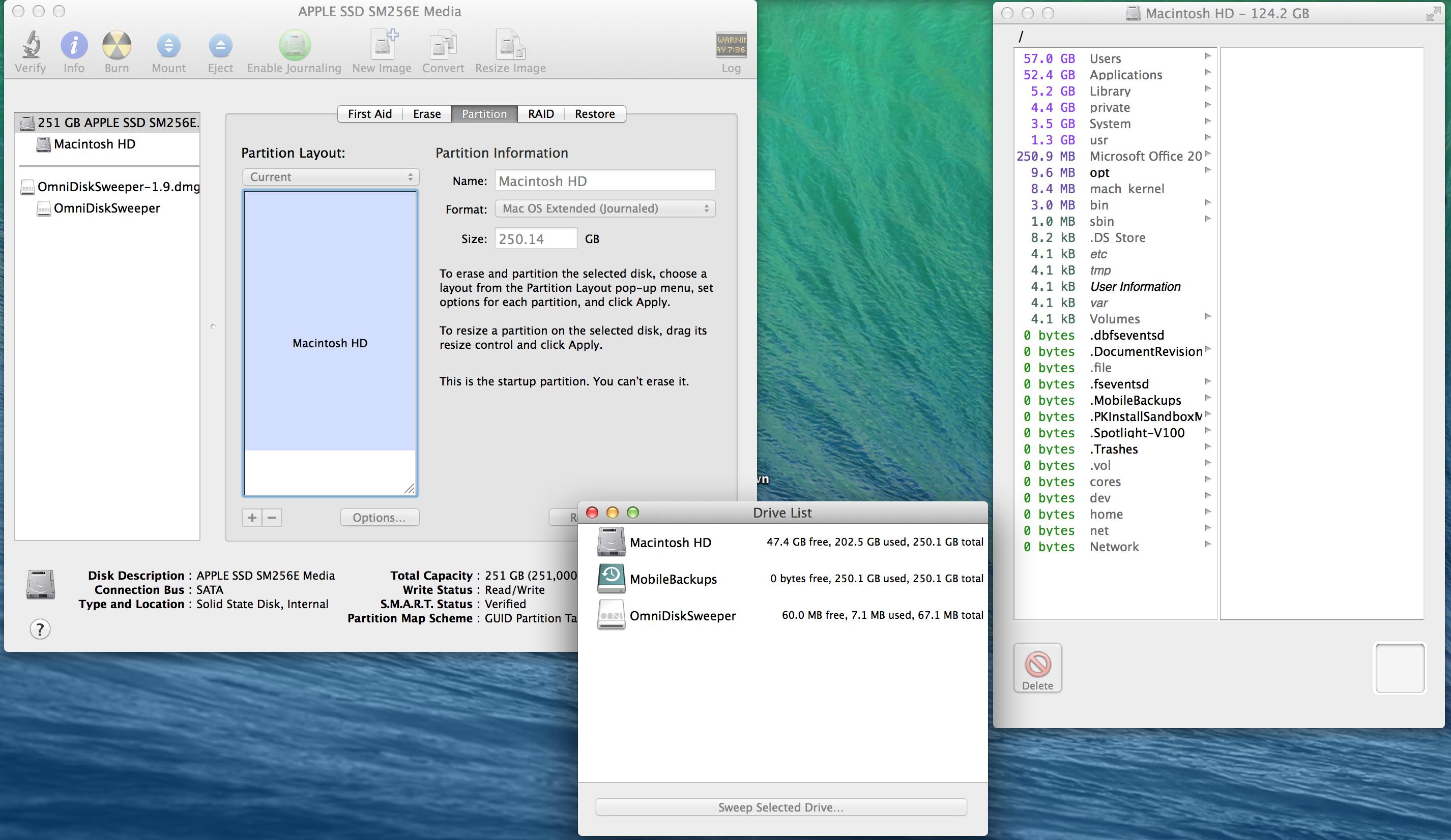 It's probably still stored in a Time Machine local backup. Open Finder, browse to the original location of the drive you deleted, then open Time Machine. Go back in time to find the file, then right-click it and delete the backup of it. This will return the space.

If you have enabled Time Machine, the disk space may be taken up by local snapshots. Local snapshots are enabled by default for laptops and disabled for desktop Macs. When they are enabled, Time Machine saves hourly snapshots to /Volumes/MobileBackups/ when a backup disk is not available and there is more than 10% free disk space. The local snapshots are not counted as used disk space in Finder, but they are classified as backups in the About This Mac window. See http://support.apple.com/kb/ht4878 for more information.

If it's not that, you might have the same issue I had with my MacBook Air. It was missing about 20 GB of disk space that was classified as other in the About This Mac window and shown as hidden space by Daisy Disk. When I tried verifying the Macintosh HD volume in Disk Utility, there was an error about an invalid free block count. I was then able to free up the disk space by repairing the disk from the recovery partition.

To see if the space is actually taken up by some files, you can use du:

In my case it was iCloud synced photos from Photostream. Even though I had since turned Photostream off in iCloud preferences and my iPhoto library was being stored on an external hard drive there was over 80GB of space being taken up in my internal hard drive by old synced photos. This was on my mid-2007 Mac Mini running OS X 10.7 Lion, by the way. More info can be found here: What is iLifeAssetManagement, and can I delete it?

Note: the Library folder where this data is stored is hidden by default, so you have to click on finder then select "Go" menu and type "~/Library" in the "Go to folder" dialog to get the hidden Library folder to show up. always back up your computer before deleting any files from the Library in case you delete the wrong thing(s) and/or cause corruption.

GrandPerspective is very usefull to check your disk usage, your gonna be able to see what is taking space and where it is . it is a opensource project available on sourceforge. 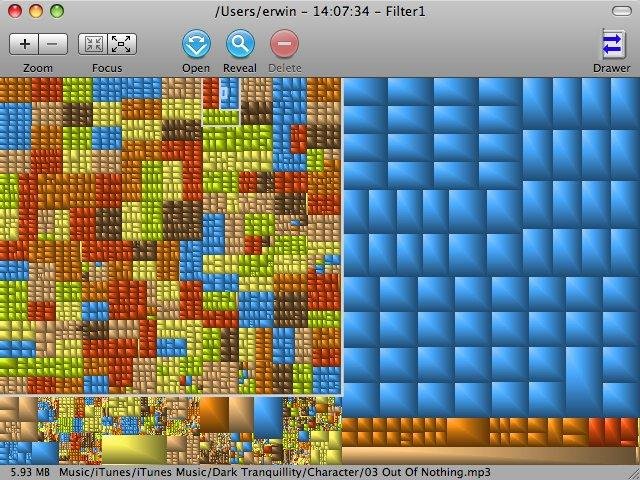 Not the answer you're looking for? Browse other questions tagged macos hard-drive vmware .

29
What is iLifeAssetManagement, and can I delete it?