Does Apple make a keyboard with a wide "return" key, and modifier keys with their symbols printed on them?

I happened to notice in a picture that the Apple "German" keyboard had the modifier keys labeled with their symbols, e.g., the option key is labeled as "⌥". (It's confusing as heck that the Apple's U.S. keyboards don't display that, but I'm not going to ask why they did that.)

But unfortunately for me, the German keyboard has a tall and skinny 'return' key, which I'm sure would be frustrating for me. I looked through the keyboard pictures I could find, and the U.S. and Japanese keyboards are the only variants I could find with wide 'return' keys -- and they're also the only ones I found without the modifier symbols printed on them!

Does Apple make a keyboard, for any region, with both a wide 'return' key, and the modifier keys labeled as in the UI?

As far as I can tell the answer is "no". This page shows graphics of the various keyboards made by Apple.

Whether a 3rd party makes an ANSI version with symbols on the keys I don't know.

The difference in the return key is determined by the physical/mechanical standard used.

Europe uses the ISO standard with the "skinny" return while the US (and Australia where I am) use the ANSI standard.

ANSI, by comparison, seems not to talk about what's on the keys.

So one assumes that Apple would prefer not to have the character on the key but instead have option and alt and does so where it isn't "forced".

Check out Matias keyboards, designed for Mac. They have an extensive set of symbols printed on every key. 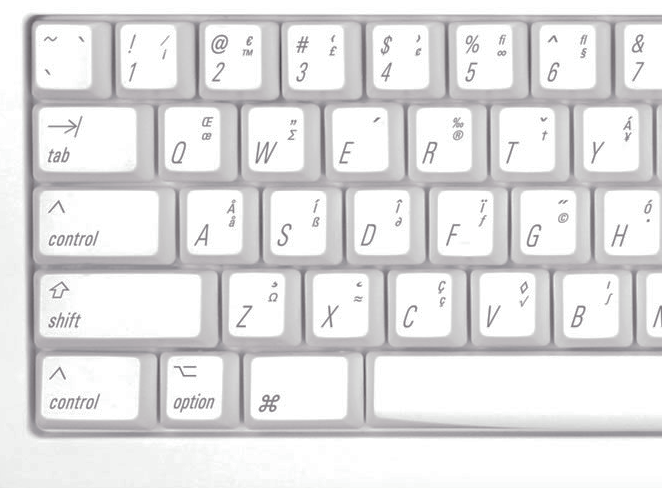 KB Covers makes molded silicone sheets that fit over every different model of keyboard that Apple makes, for MacBooks and desktops. They have one model that provides printed symbols that show many different OS X keyboard shortcuts. Their product is inexpensive and it works with the Apple-brand keyboard you already have. 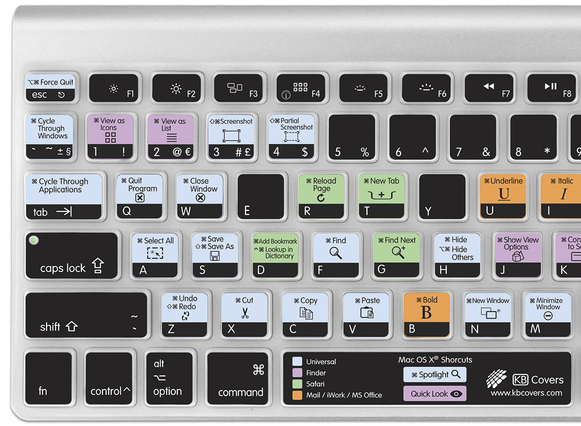 1
Do Apple provide a service to substitute MacBook key caps?

1
Why are the iOS keyboard settings changing on their own?
1
Where can I find a map of my MBP french keyboard layout?
0
Input Method Keys not Firing Event
6
Is it possible to use US English keyboard layout with dead keys in Mavericks similar to those from Windows and Linux?
12
How to get external Apple keyboard to accept modifier key input from Macbook's internal keyboard (and vice-versa)?
4
What font is used for keyboard symbols?
3
Is there a way to make the Enter key work with a Logitech K811 keyboard?
3
Switching language input using Capslock: how to remove delay?